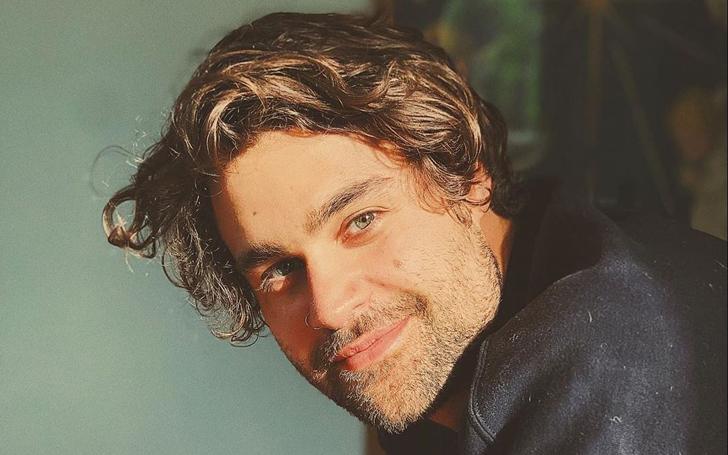 When it comes to acting, Cody Kearsley was a late bloomer as he only started to appear in front of the camera since the start of 2016. But since then he’s been in two teen-targeted shows Riverdale as Moose Mason and Daybreak as Turbo Bro Jock/Turbo Pokaski, and he was also involved in one of the most talked-about gay moments on screen, this fall, when he kissed his Daybreak costar Austin Crute’s character Wesley Fists.

Cody Kearsley was born on 10 March 1991 in British Columbia, Canada, where he was raised alongside his younger sister by his parents. After finishing his education, the allure of show business was there for the 28-year-old actor who appeared in a number of plays in America and Canada, but the ripped body of Cody was meant for more than just stage. The actor decided to try his hand in movies when he wrote, produced, and starred in the short film Borealis, which was released in 2016. The movie was just a start because it opened various doors for the actor in the subsequent years, and the theatre actor was soon part of beloved IPs in various movies and TV shows.

Cody’s debut short film, Borealis, was a comedy movie he filmed with his friends, where he plays the character of Nash, who returns to his hometown after five years and convinces his friends to go on a trip through British Columbia. The movie was only released in Canada, and on the backs of the exposure, the actor was able to get roles in Power Ranger and Riverdale.

The actor auditioned for the role of Hawkeye in the movie, and he was among a wide cast of actors who auditioned for the film. Cody won the role, and though the movie was not as successful as hoped, Cody earned little experience on how large Hollywood productions are made.

Watch: The trailer for Power Ranger where Cody plays Hawkeye

The biggest exposure Cody got as an actor was due to his appearance in the show Riverdale where he started to play the character of Moose Mason since 2017, and up until now, he’s appeared in 27 episodes of the show.

In 2017 the actor also appeared in the show Spiral, where he played the character of Josh for seven episodes, and he made another short movie, Gemini, in 2018. The sci-fi short movie was based in the near future where VR is prevalent, and two gamers accidentally meet in real life for the first time.

Cody also appeared in the show iZombie for a single episode in 2019, but the biggest role, according to the actor, is his appearance in the show Daybreak, where he plays the character of Turbo Bro Jock/Turbo Pokaski.

Daybreak is a post-apocalyptic comedy/drama show where, after a nuclear disaster, all the adults of the world are either turned to liquid, or they become flesh-eating zombie-like creatures. In a bid to survive, all the kids form tribes based on who they used to be in high school, and most of the students come under the wing of Jocks lead by Turbo Bro Jock/Turbo Pokaski.

When during one of the hunting trips, Turbo is defeated by Josh, there is a lot of bad blood between the two, and the character wants to kill Josh. But later, it is revealed Turbo wants to kill Josh because he is friends with Turbo’s boyfriend Wesley, played by Austin Crute.

The ending of episode four was where we see the two share a kiss for the first time, and the fifth episode shows how Turbo manipulates Wesley to do what he wanted. He tries to force Wesley into killing Josh, but Wesley decides to take a stand with his friends Angelica played by Alyvia Alyn Lind and Josh, played by Colin Ford. Turbo is also the only person who knows about the whereabouts of Josh’s girlfriend, Samaira ‘Sam’ Dean, played by Sophie Simnett.

Is Cody Kearsley Gay? Does He Have a Boyfriend or Girlfriend? Cody’s characters over the past three years are spread across the spectrum when it comes to being gay. He’s played a straight character and gay character, which is why it is hard to determine whether the actor is gay or not. But the educated case would be; No, the actor is not gay, but he is a great actor, which is why he was able to sell the character of Turbo as being gay.

The actor did seem to share quite the chemistry with his love interest from the show Austin Crute which had people speculating the two were dating in real life. We do know Austin is gay, but the two appear to be good friends and nothing beyond the platonic friendship they share. Cody plays Turbo who is a closeted gay and in relationship with Austin Crute's Wesley.
Source: Instagram

Cody’s Instagram is filled with pictures of his gym training, his French bulldog, Justin, and photos of his friends. There does not appear to be any evidence to suggest the actor is currently dating, and he is making the most of his single life.

What is Cody Kearsley’s Net Worth?

The leading cast members of Riverdale were revealed to be earning $40,000 per episode, and according to reports, Cody was paid somewhere in the range of $15,000 to $25,000 for his supporting appearance in the show. By the end of 2019, Cody made over $400,000 from his appearance in the beloved CW show.

When it comes to Daybreak, it is a whole different scenario as he was one of the leading cast members of the show, and he was most probably paid close to $50,000 per episode for his troubles, which means he made close to half a million dollar from the Netflix show.

All in all, the actor who was making short films in 2016 is now a relatively rich man, and his net worth stands someone in the ballpark of $600,000.