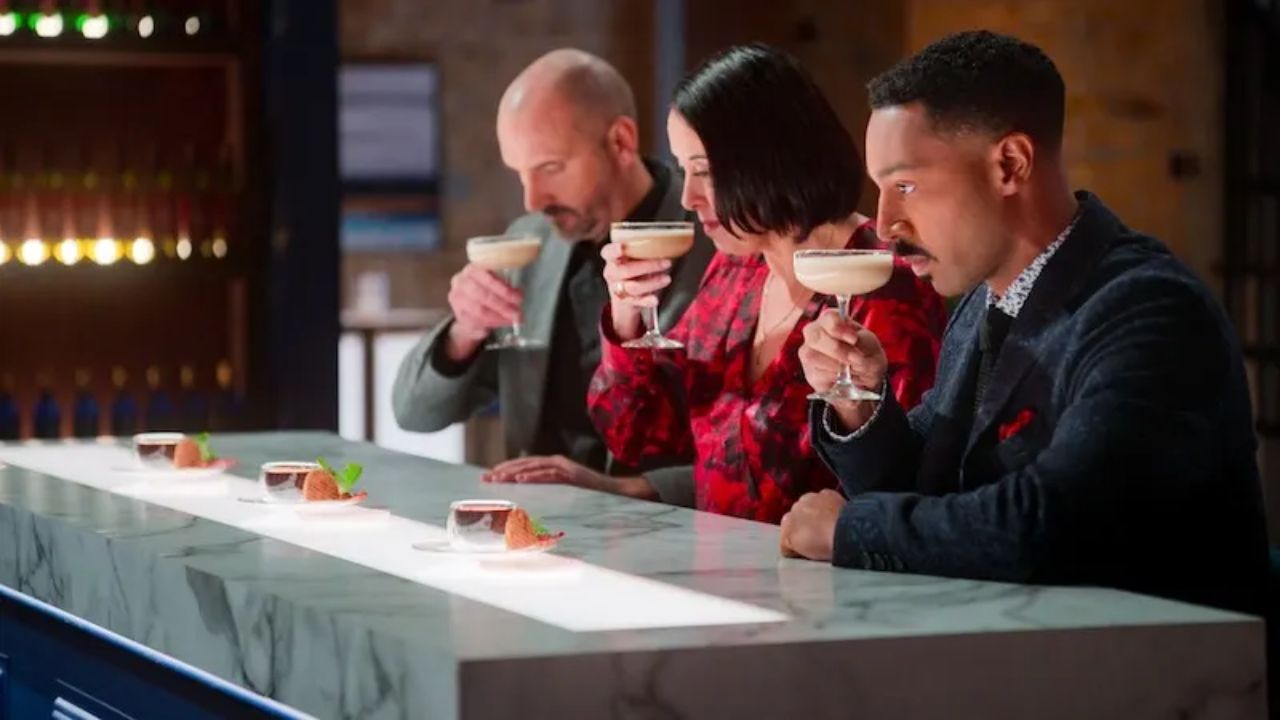 Frankie Solarik and Julie Reiner are the judges of Netflix's Drink Masters. Julie Reiner is a master mixologist, bar owner, and author. Frankie Solarik is the writer and co-owner of The Bar Chef, a popular bar in Toronto. As viewers wonder about the guest judges' name list, there does not appear to be much information.

The reality television program Drink Masters on Netflix was created by Tim Warren and Matthew Hornburg and stars 12 accomplished mixologists from around the globe.

To demonstrate their cocktail-making abilities to the judges, these inventive mixologists will need to infuse, stir, and blend distinct kinds of cocktails. The competitors must complete a variety of cocktail challenges to win the title of Ultimate Drink Master and a $100,000 cash prize.

On October 28, 2022, the show had its streaming debut on Netflix. The contenders would need judges, thus Drink Masters judges with exceptional mixology backgrounds were sought after. However, some individuals are curious to learn about the show's judges. We have your back.

Previously, we touched on the dry ice scene.

Frankie Solarik and Julie Reiner Are the Judges of Netflix’s Drink Masters!

As of now, you are already aware that Frankie Solarik (@frankiesolarik) and Julie Reiner (@mixtressnyc) are the judges of Netflix's Drink Master. These judges are responsible for declaring a winner with fair play and guiding the contestants on the show. As viewers wonder about the guest judges' name list, there is no information.

Both of the judges, Frankie and Julie, are well-known in their fields and have had great careers, along with host Tone Bell. Frankie Solarik is a co-owner of the well-known Toronto bar BarChef (@barchef), which Food & Wine magazine named one of the top seven new and inventive bars in the world. The Bar Chef: A Modern Approach to Cocktails was written by Frankie.

To encourage people to enjoy fine cocktails at home, he now sells a line of bottled drinks that are based on drinks from his own internationally acclaimed bar in Toronto, Canada. Condé Nast Traveler praised Frankie's bar as standing up to its high standards and a must-see for those interested in the global cocktail scene.

In Canada, Frankie takes a progressive and modern approach to mixing drinks, and it has been written about in several media outlets, including The New York Times, National Geographic, The Globe, and others. His diligence and attention to detail, which have altered how the world views cocktails, are to blame for his success both domestically and internationally.

According to Frankie Solarik's biography, he aspires to serve cocktails like meals and wants them to have the same visual, sensory, taste, and complexity appeal as delicious cuisine.

Frankie Solarik was born in 1979. His career in the industry began when he was 17 years old and employed at a cigar bar in London, Ontario. The New York Times referred to Solarik as a famous experimentalist because he was fascinated with the scent and flavor of cognac.

His famous drinks, such as the Vanilla and Hickory Smoked Manhattan, the Black Truffle, the Transformation, and the Mayan Hot Cocoa, to mention a few, showcase his inventive mingling of flavors. Regarding his private life, Frankie has been married to Leanne Neufeld, a photographer and the creative director of BarChef, since June 2012. They have two boys together: 10-month-old Kai and 16-year-old Lennox.

Julie Reiner is a master mixologist, bar owner, and author. One of the most influential bar owners in New York, the mixologist, has been improving the bar scene in the Big Apple for more than 25 years. The self-described whiskey girl is renowned for rediscovering numerous classic drinks and giving them her unique spin.

The Craft Cocktail Party: Delicious Drinks for Every Occasion is the title of her book. Brooklyn is home to the prestigious businesses that Julie runs, allover Club and Leyendasta.

Julie founded her first bar in New York City, the Flatiron Lounge, in 2003. In 2008, she opened the Clover Club in Brooklyn. The Leyenda restaurant and bar was Julie's subsequent business venture in 2015. In addition to her enterprises, she serves as a judge for the New York World Spirits Competition, San Francisco World Spirits Competition, and the TAG Global Spirits Awards.

The New York cocktail culture is said to have been revolutionized by Julie Reiner, whose originality has inspired a new generation of mixologists and bartenders. Since the 2020 debut of her brand of canned, ready-to-drink cocktails, Social Hour Concoctions, with Clover Club partner Tom Macy, her cocktails have been readily available.

Julie said that initially, she wasn't sure she wanted to appear on television, even though it is obvious that she is the ideal candidate for the position of one of the Drink Masters judges. Her stay in Hawaii served as inspiration, leading her to create distinctive recipes that call for the freshest fruits, spices, and liquors.