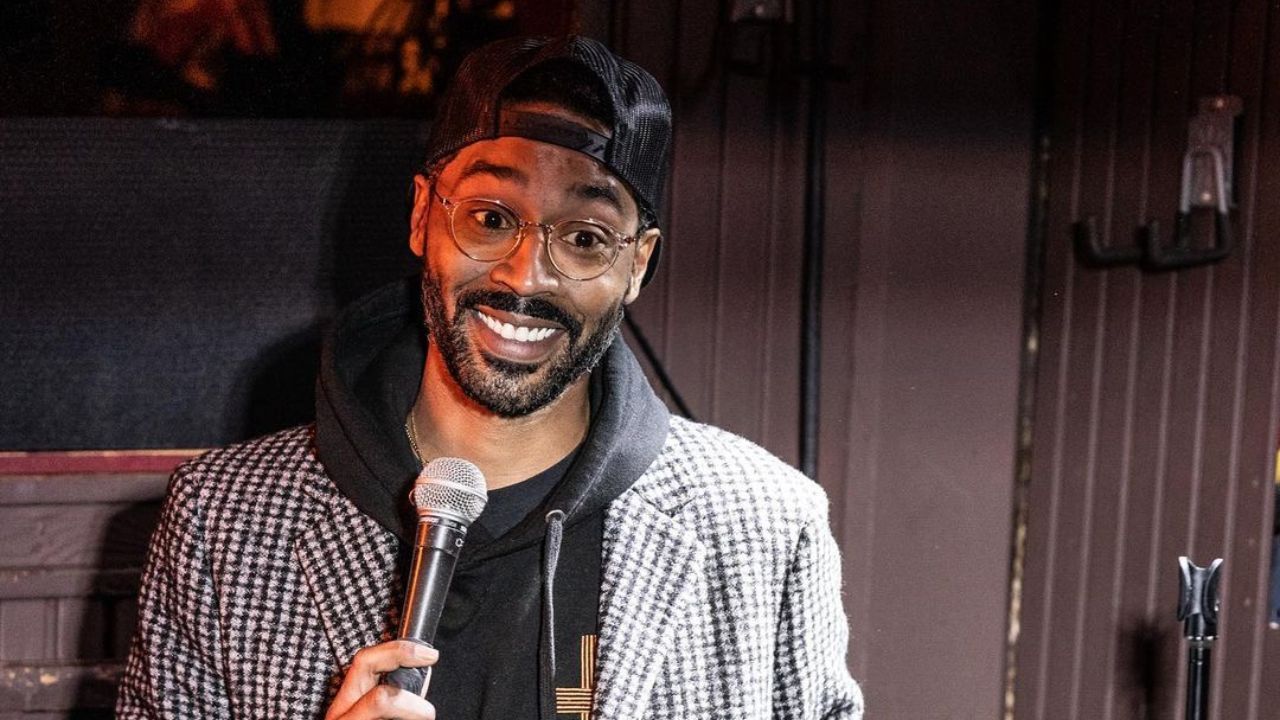 The host of Drink Masters, Tone Bell, is an actor and stand-up comedian who has worked in several movies and TV shows throughout his career. Speaking of his parents, the comedian once recalled how his dad used to brag to people about how much swag he had. Tony doesn't have a wife because he hasn't been married.

Drink Masters, a brand-new Netflix series, is poised to become a global phenomenon thanks to its innovative and artistic episodes. Twelve mixologists and bartenders from across North America will appear on the program, serving the show's judges Frankie Solarik and Julie Reiner their most inventive concoctions.

On Netflix, Drink Masters is slated to upend things with its great beverages and fierce competition. Mixologists and bartenders from North America will compete in the reality show as they prepare to produce works of liquid art to wow the judges and win a $100,000 prize.

Although the framework of the event may resemble that of a conventional cooking competition, the results will be extraordinary, astounding both the judges and the audience. Tone Bell is preparing to serve as host for the launch of the new mixology reality competition on Netflix. Let's get to know him better.

Previously, we addressed dry ice in a cocktail.

The Host of Netflix's Drink Masters, Tone Bell, Is an Actor and Stand-up Comedian Who Has Worked In Several Movies and TV Shows Throughout His Career!

Tone Bell (@tonebell), the host of Drink Masters, is a beloved actor and stand-up comedian who has won a lot of followers over the years because of his work in the entertainment field. He was born in Georgia's Decatur. Speaking of his parents, the comedian once recalled how his dad used to brag to people about how much swag he had. According to the videos on his Instagram, he appears to be close with his mother.

Tone Bell, a beloved actor, and comedian has won a lot of followers over the years because of his work in the entertainment field. His position as the host of Netflix's Drink Masters made a lot of people delighted. Before the performance, those who were unfamiliar with the artist's work had the opportunity to witness the performer's talent and humor.

The actor's remarks during the reality show's competitive events served to lessen the tension and comfort the participants. In a conference full of alcohol specialists, the actor gracefully offered the perspective of a casual drinker.

Before taking on a production position in Joseph Sargent's WARM SPRINGS and working on promotional materials, the Georgia native taught first grade. He then relocated to San Francisco, California, and began working for Swivel Media as a brand manager. After a year, Bell returned to Atlanta and started working in promotion again, this time for a brewery, which caused him to relocate to Dallas, Texas.

While living in Dallas, Bell began going to comedy clubs and using open mic nights to perform. Before relocating to Los Angeles to pursue a career as an actor and comedian, Tone Bell started his comedy career in Dallas. He signed a contract with the NBC network and appeared in the television series People are Talking after winning the Stand-up NBC Diversity talent competition.

As a result, NBC offered him a developing contract, opening the door for him to play characters like RJ in Whitney and Tedward Mulray in Bad Judge. His other significant tv shows include Single Ladies, Truth Be Told, Disjointed, Fam, and American Soul.

Additionally, he has appeared in Nailed It, The Flash, Key & Peele, and BoJack Horseman. In October 2022, Bell hosted Drink Masters on Netflix. Bell plays Philip in Thomas Verrette's 2013 movie Implanted, which helped him establish himself as a successful actor.

In Dog Days, The United States vs. Billie Holiday, Sylvie's Love, and Little, Bell also displayed his talents. He can also be seen in The Green Room, an All Def-produced YouTube series. James Davis and Sydney Castillo are featured in the show as well.

Tone Bell co-produced and appeared in the comedy special Tone Bell: Can't Cancel This in 2019. One Night in Austin, his comedy album, is also available. In collaboration with the apparel company Wrighteous, the comedian also has his clothing collection.

In a 2014 interview with Cliche Magazine, Tone discussed his work and revealed that when he first moved to Dallas, he didn't know anyone and had to come up with creative ways to meet people without appearing creepy. He decided to try his luck at an open mic event because he thought it would be a fun way to meet people.

As viewers wonder about his wife, Tony doesn't have a spouse because he hasn't been married. He is active on Twitter and has a website.