FaZe Blaze is one of the most well-known members of the FaZe clan. He started with the group in 2015, and ever since, he has been racking up numbers on his livestream games and YouTube videos. But he is trending now because fans want to know who FaZe Blaze GF in 2020 is. 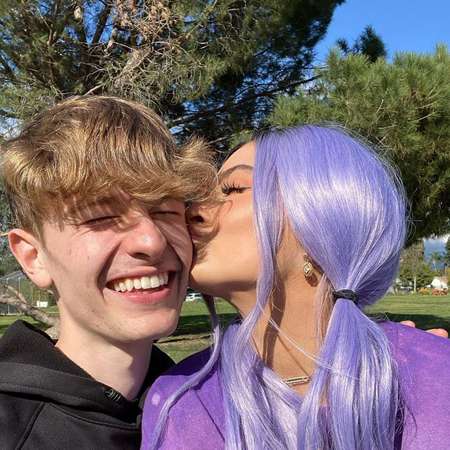 Lucas Mosing or FaZe Blaze, as he is known in the digital world, started dating his girlfriend, Carrington Durham, in 2019. FaZe Blaze gf Carrington Durham is also a social media personality who recently started making music, with her latest song Shimmer out now.

FaZe Blaze gf first appeared in his YouTube video in July 0f 2019 when Lucas announced the two were dating. They mark the date of the start of their relationship on 31 July 2019, and recently they celebrate their one year anniversary on the said date.

You can just go through any photos of the two together on Instagram, and you will see numerous people calling FaZe Blaze gf a gold digger. Despite some negativity surrounding their relationship, the couple seems to be happy with one another, and most fans consider the two a cute couple.

"I don’t really like to talk about it but i’ve been through some sh*t in the last year and at my lowest this girl picked me up & brought out the very best in me. That happy smile you guys see everyday hasn’t left my face since you stepped into my life," Lucas wrote in March 2020, thanking his girlfriend.

Who is FaZe Blaze?

FaZe Blaze or Lucas Mosing is a streamer and YouTube vlogger who started posting videos of himself playing video games in 2013. Since then, he has continuously been playing games and making videos on YouTube, racking up over 50,000 subscribers on Twitch and 3.5 million-plus subscribers on YouTube.

He was recruited into the FaZe clan in 2015, and since then, he has been living in the FaZe house. A talented Call of Duty player, he has been playing full time for a while now. But like most social media stars, he also has an interest in music, especially rapping.

FaZe Blaze released his rap song on 21 May 2017, called Woah Kemosabe, which racked up decent numbers on YouTube. He recently released another song called What's Love; FaZe Blaze gf appeared in the music video for the song, which was released on November of 2019.

Who is Carrington Durham?

Carrington Durham was born on 26 September 2000 in Tennessee, United States. The 19-year-old influencer is an Instagram star with over 1.2 million followers on the image-sharing platform. Carrington Durham was also an actress, appearing in a single episode of hit series 90210.

Like her boyfriend, Carrington also dabbles in music. She recently released her single Shimmer, and the music video for the song is also available. A former member of the Clout Gang, she is currently with The Clubhouse along with her younger sister Isabella Durham.