It was over two years ago when Kerry Nguyen, aka FaZe Mew, won his way into the powerhouse group FaZe Clan. That inclusion meant the streamer and YouTuber shot to worldwide recognition. And from his starting days as a COD streamer to getting into the FaZe clan, his girlfriend, and now fiance, was always with him.

Since the day he won his way into FaZe Clan, FaZe Mew has grown in skill and reputation. With a devoted fanbase on Instagram where he posts his trick shots, the skilled player has managed to carve out a niche for himself and he seems to be only growing upwards and onwards in the past few months.

Maybe the growth has to do a lot with a stable home and loving partner who has been with him from the very beginning. A partner's influence does help in navigating choppy waters and FaZe Mew's girlfriend has been that calming force in his life. So, for those who don't know, here is everything you need to know about FaZe Mew's gf.

Who is FaZe Mew's Girlfriend? Take a stroll through FaZe Mew's Instagram and it will take you a while to see a picture of Kerry and his girlfriend together. He is a streamer whose work is posting Fortnite videos and his social media re dominated by clips of his games.

But the bio of his Instagram has a sweet reminder that the gamer is a taken man. FaZe Mew's girlfriend is a fellow streamer, Alyssa Flowers. She is a social media influencer who is growing her following on Instagram and Twitch.

FaZe Mew and his girlfriend Alyssa started getting serious about one another about seven years ago. They were both young and in love and the beautiful streamer celebrates 5th August as their anniversary date. According to Alyssa, she started dating FaZe Mew on 5 August 2014.

Alyssa Flowers was born on 25 April 1997, she is 18 days older than FaZe Mew. She recently celebrated her 23rd birthday after moving to Rhode Island before the quarantine and lockdown started. Alyssa and Kerry moved to the state together and live there together.

FaZe Mew started dating his girlfriend when they were both 17 years old. The couple has been together for more than six years now. They were separated in 2016 for a year but when they were reunited in Texas in 2017, for Valentine's Day, FaZe Mew got Alyssa a promise rings.

Alyssa and FaZe Mew definitely knew they were meant for one another which is why they made a commitment to be in each other's lives for "millions of years." And recently the couple has further solidified their bond on their journey to happily ever after.

FaZe Mew and His Girlfriend Alyssa are Engaged 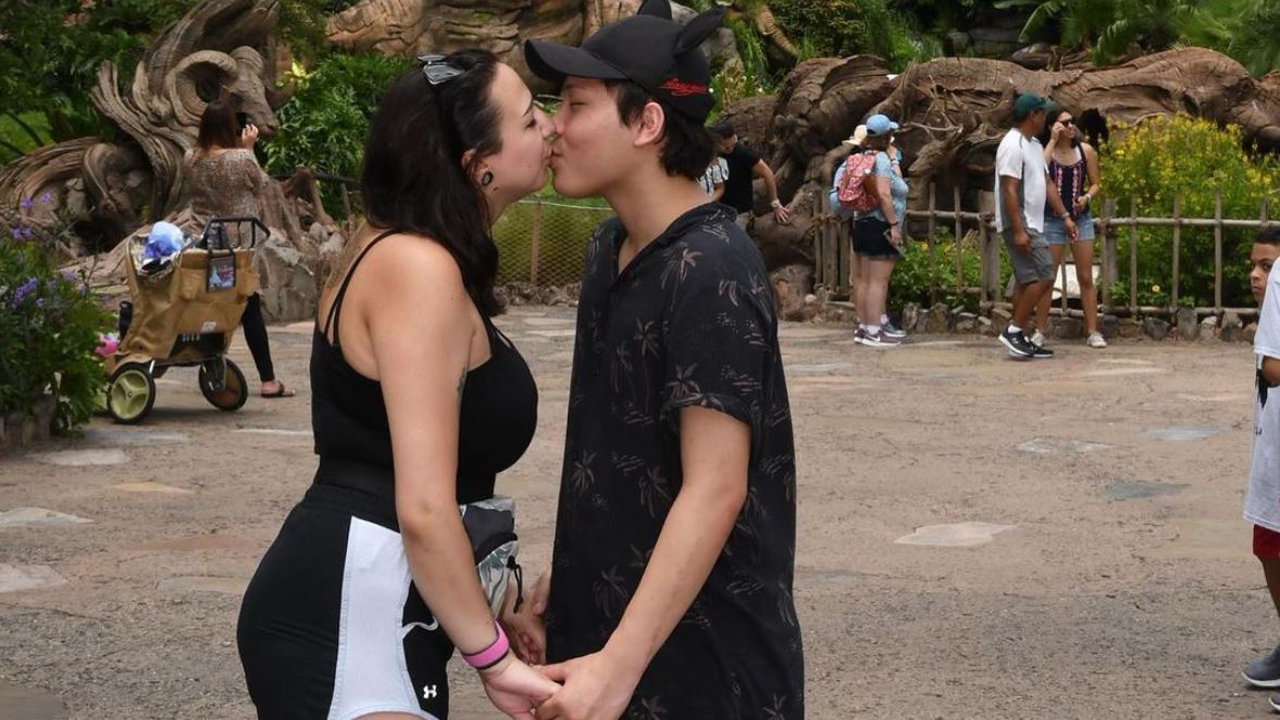 FaZe Mew and his girlfriend got engaged at Disney World.
Image Source: Instagram

FaZe Mew and his girlfriend Alyssa decided to take a week-long trip to Disney world at the start of August. As you may recall, their fifth anniversary was on the 5th and this was a trip to further deepen their romance.

But Kerry had other things in mind and while the big day started to get nearer he was thinking of doing something big. So, on the night of their 5th anniversary together FaZe Mew decided to get down on one knee and put on the engagement ring on his girlfriend Alyssa.

A fun trip for the couple to celebrate their five years of commitment to one another turned into a proposal and a sweet one at that. At Disney world, the gamer decided to make the place even more magical for his girlfriend and she was clearly elated with the turn of events.

Recommended Read: Nickmercs and Longtime Girlfriend Rio Got Married in a Private Ceremony

After the proposal, showing off her engagement ring, Alyssa wrote on Instagram, "Disney is a magical place after all. I can’t wait for our happily ever after. I love you. Thank you, fiancé." A beautiful engagement ring to further deepen their love and it would only be right for the beautiful couple to start thinking about tying the knot.

While FaZe Mew is definitely busy these days and Alyssa is also doing her thing, the couple probably has a date in mind. Maybe they are waiting for the whole quarantine to be over so that their friends and family can come to join in the celebration.

But at the moment FaZe Mew and his girlfriend, turned fiance, are enjoying their time living together in Rhode Island. Those two are truly made for one another.