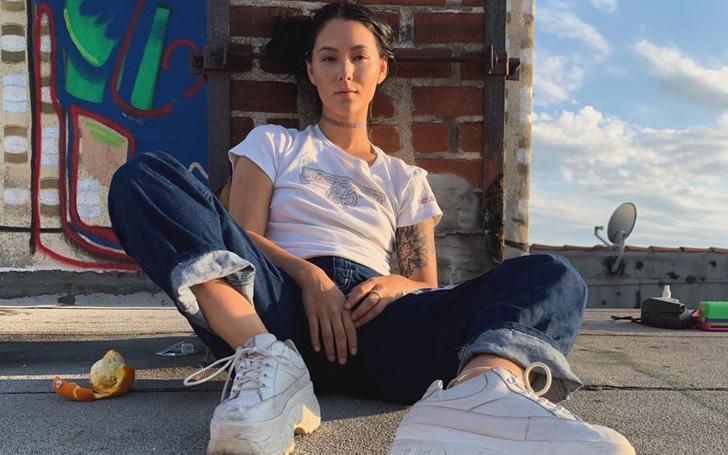 Fivel Stewart comes from a long line of performers in her family; the whole Stewart family runs six deep when it comes to people who currently or previously worked in the show business. Coming from an active show business family, Fivel Stewart got it in her head from a pretty young age she wanted to also follow in the footstep of her parents and siblings.

Born as Trent Heaven Stewart on 4 November 1996 in Beverly Hills, California, to her father and mother, she chose the name of Fivel after liking better than her given name. From a young age, the actress was ingrained with a work ethic and doing the best they can in the field of their choosing. Fivel Stewart is an actress who plays the character of Izzie in the show Atypical.
Source: Fivel Stewart Instagram

At the age of five, she was sent to learn Karate, and she was also trained in other martial arts formats from a pretty young age. It was probably the genes because the actress was soon inducted into the Black Belt Junior Hall of Fame in 2003. It was all because of the people she was surrounded with, supportive and caring parents, as well as loving siblings who helped her during her formative years and are still there for her.

Fivel Stewart Parents Siblings; They are all Involved in Show Business 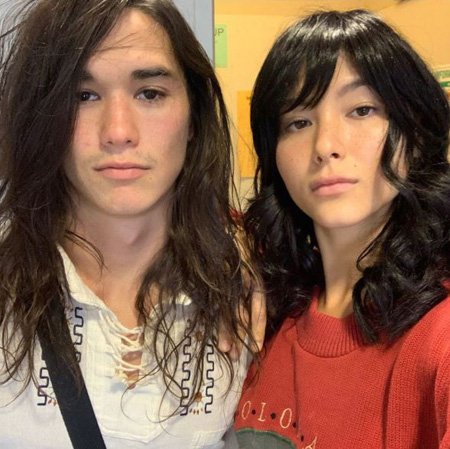 Fivel Stewart and her brother Booboo Stewart started a band together.
Source: Instagram

Fivel Stewart was born to her father, Nils Allen Stewart, who is a legendary stunt performer in Hollywood and also appeared in different movies and TV shows, he now primarily works as a stunt coordinator. Her mother was also the same, Renee Steward did not get into acting much, but she dabbled a little.

The passion of the parents seeped into the lives of their children as Fivel’s elder sister, Maegan Stewart, also started her career as a stunt woman. But the most successful of the bunch is definitely Booboo Stewart, who rose to fame after appearing as Seth Clearwater in the fan-favorite movie The Twilight Saga: Eclipse and the subsequent sequels. 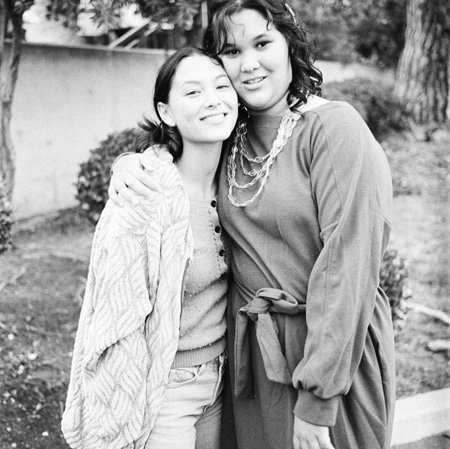 Fivel Stewart and her sister Sage Stewart are both actresses.
Source: Instagram

Booboo Stewart’s got close to 100 movie and TV credits and not only Twilight, but he also appeared in the critically acclaimed superhero flick X-Men: Days of Future Past, where he played the character of Warpath. Booboo is also a singer who formed a band with his sister Fivel, they also recently announced their new band together called Bangz.

The youngest of the Stewart children, Sage Stewart, is also taking steps into becoming an actress. So, you can see, the Stewart family is brimming with talent, and they are all working or worked in show business at one time or the other.

Fivel’s Early Life; She was a World Champion in Martial Arts Fivel Stewart is trained in Martial Arts; she started training at the age of 5.
Source: Instagram

Fivel Stewart started training for Karate at the age of five, and by six years of age, she was competing in championships. In 2002 at the age of six, she won her first World Championship in Martial Arts, and then she followed it up with another win in 2003, which is why at the age of seven in 2003, Black Belt Junior Hall of Fame inducted her.

The actress also started singing by age seven and left her martial arts days behind as she started to tour with Demi Lovato and Mitchell Musso. She formed the band My Allowance and for a while, thought of making it as a singer, but soon the movie and TV industry came calling, and she changed her career path again.

Music was her career choice, but then Fivel got swept away and bitten by the acting bug after she appeared in Dante’s Cove and Pit Fighter. Then the actress put all of her focus, primarily in acting, which resulted in her finding immense success over the years.

Fivel Stewart and Booboo Stewart started to appear together in short movies, and she also started to get minor roles in different films and TV shows. She played the character of Jai in the show [email protected], but the biggest role of her career came in 2018 when Fivel was hired to play the character of Izzie in the show Atypical.

Who Plays Izzie in the Netflix Show 'Atypical'?

Fivel plays the character of Izzie in the show Atypical, and the arrival of Izzie causes some feelings of Casey to come to the surface. She is in a loving relationship with her boyfriend Evan, but when Izzie first makes her appearance, there is a storm of emotion. At one point, it felt like Casey was going to fall in love with Izzie’s boyfriend, ruining their new friendship, but then things take a turn soon after. 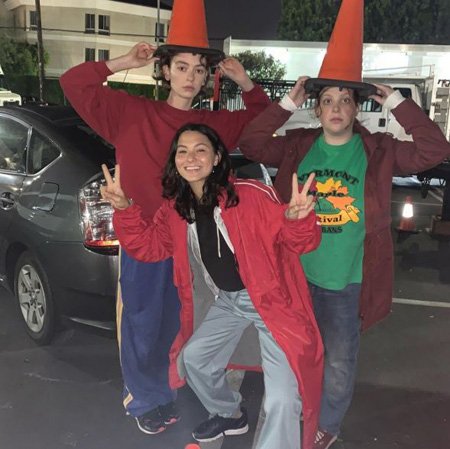 Izzie and Casey almost kiss, only to be interrupted by Casey’s mother, and then in the finale of season two, the two friends sit together, holding hands in Casey’s car, and she ignores her boyfriend’s call, the two lean in and season 2 ends right there.

The relationship between Fivel Stewart and Brigette Lundy-Paine was so engrossing and almost real; most fans could not help but notice the obvious connection between the two. Fivel and Brigette never said they were dating, but it did not stop all the rumors floated around the internet, hoping the two reel-lovebirds were together for real.

Well, Brigette Lundy-Paine came out as non-binary, and they have not confirmed if they are in a relationship. On the other hand, Fivel Stewart is not gay; she is currently in a relationship with her boyfriend, Andrew Kai. 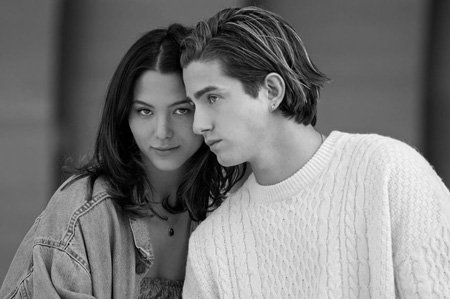 Fivel Stewart and Andrew Kai are in a relationship since 2018.
Source: Instagram

Fivel Stewart and Andrew Kai met for the first time after the summer of 2018 around August and September. He was also cast in the show Atypical season 3 in one episode, and the couple hit it off. They started sharing about each other on their Instagram pages in and around November of 2018, and fans started to take notice.

Though the two are still to announce their relationship publicly, the pictures they share, show two people in love with one another. Andrew Kai is not so active on social media, but his last post on 20 November 2019 was also about Fivel Stewart, a black and white picture of the two, during what looks like a photoshoot.

Fivel Stewart and Andrew Kai do look a fine couple together, and we wish nothing but the best for the cute, young couple.

Though Fivel is also a singer and tours ever so often, the actress's primary source of income is her appearances in various shows and movies. But the highest paying job of her career was definitely Atypical, where the series-regular star was paid somewhere around $15,000 or more per episode.

Over the years, salaries from other jobs and business endeavors resulted in the actress amassing a healthy net worth of about $200,000. For someone so young and talented, the best days are still ahead for the actress, and as the roles get bigger, the salary gets larger also.