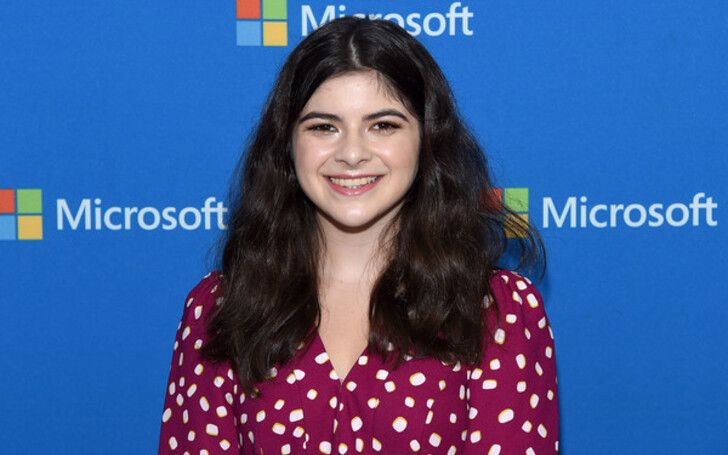 Gabriella Grace Pizzolo is best known for her appearance in Stranger Things Season 3 finale as Suzie, the girlfriend of Dustin (Gaten Matarazzo). She was born on 10th March 2003 and made her theatre debut as a 10-year old in Matilda the Musical (2013-14). She played the role of Matilda Wormwood. Pizzolo resides in Upstate, New York, with her parents. She was homeschooled by her mother when she was in Matilda. She also has a sibling, a younger sister. Pizzolo portrayed the minor character of Suzie in the science fiction horror series, Stranger Things. Although her character was talked about throughout the third season, she only made an appearance on screen in the finale.

Suzie, who is in a relationship with Dustin (Gaten Matarazzo), lives in Salt Lake City, Utah. Just like Dustin, she is interested in science and comics, which is most likely the reason the two fell for each other.

Suzie is brilliant and studious. In fact, when Dustin calls Suzie asking for her help to figure out the Planck's Constant, she claims to be able to recite it by heart. Moreover, she is quite emotional and romantic as she couldn’t be more delighted when Dustin called her.

Meanwhile, Gabriella’s portrayal of Suzie was much appreciated by the fans as she instantly became one of the fan favorites. It remains to be seen if the young actress reprises her role in the upcoming season 4. Fans are eagerly awaiting further sweet moments between Suzie Poo and Dusty Bun.

As part of the Broadway back in 2015, Pizzolo performed one of her songs in the White House. It was none other than Ring of Keys from Fun Home. She sang the same song at the 20th Sage Awards too. The actress played the role up until the production shut down on 10th September 2016.

Celebs In-depth is your favorite place for celebrity Biography and Celebrity Life content.