The Woods is going to be the only third on-camera production of Hubert Milkowski’s career. The actor started after he was done with his secondary level education and while he was training to become an actor. It has been an interesting start for Hubert in the Polish film industry, applying his theatre knowledge, and after only about two years in the industry, starring in a Netflix series alongside some Polish acting heavyweights.

Hubert Milkowski was born on 23 June 1999, to his parents in Warsaw, Poland. Young Hubert showed an aptitude towards performance arts; as he grew up, the idea of making a career in show business ingrained itself into the actor's psyche. To fulfill his dream of becoming an actor, Hubert started training at the Acting Department of the National Film, Television and Theater School in Lodz. Most of the actors who envision a career in show business train at schools to hone their raw talent, the same was the case for Hubert. He enrolled in the acting school located in Poland; the school brought out the qualities of a good actor and what casting directors wanted to see in a teenage actor. While studying, the actor got the chance to appear in his first movie and TV show with the two experiences paving a path for the actor to play a pivotal role in a Netflix series.

The Woods is the second original series of Netflix Poland. The show is based on the book of Harlan Coben, and it is the first adaptation of a Coben book in foreign language stemming from the deal between Netflix and the award-winning novelist. The mystery series changed the book's characters to fit the Polish environment, and the book's setting also changed from New York to Warsaw.

The new Netflix series is a mystery thriller where the discovery of a teenager’s body throws everyone’s life into chaos. Pawel Kopinski is a reputed prosecutor working in Warsaw, and he is battling with some inner turmoils. He lost his sister in 1994, and the loss has been with him for nearly 20 years. But the discovery of the body causes Pawel to question the conclusion he came to about his sister’s disappearance. Hubert Milkowski plays young Pawel Kopinski in the Netflix series. The Woods follows two timelines, one in 1994 and the other in 2019. Hubert’s character will appear in the 1994 version, showing the disappearance of his sister and the circumstances as well as events leading up to and from the fateful day. Pawel and Laura were together in 1994, and they need to reconcile with their own hands in the disappearance of two teenagers. According to Hubert Milkowski’s IMDb page, the actor has been part of three different productions since 2018. The first role of his career came at the age of 19; he appeared in the movie Squadron 303, which is based on a true story. The movie was highly talked about in Poland and allowed Hubert to impress a large audience.

The second role of his career came in 2019 when he was hired to appear in the show Stulecie Winnych. In the second season of the show, Hubert appeared in a single episode, and while filming his part for the series, he had already finished his work on the Netflix series The Woods. 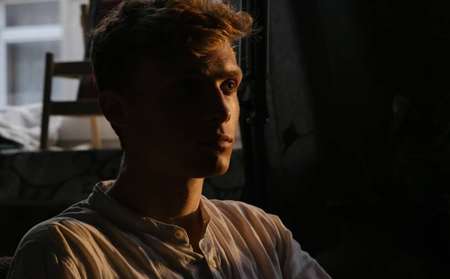 Social Media is extremely important in the current environment of celebrity status. Being in movies and TV shows is not enough to build a brand and a following anymore. Social media platforms help build a loyal following, and this generation is clear on work that goes into creating a social persona. Hubert is no different as the actor is edgy and provides a unique experience for his followers on his Instagram and YouTube page.

The actor shares his stage work and also some semi-professional level photography on his Instagram page. Hurbert Milkowski is doing his own think on Instagram and is building a following with his acting skills and social media savvy.