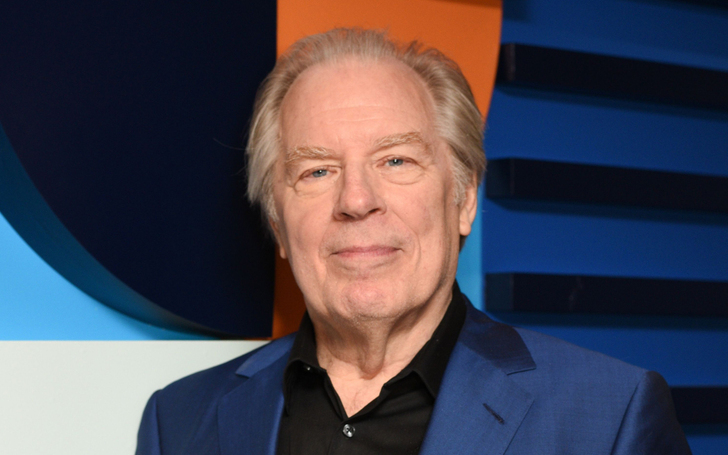 Michael McKean is one of the most renowned actors who’s been active in the industry since the 1970s. He was born on 17th October 1947 in New York City, to parents Ruth McKean (mother), a librarian, and Gilbert McKean (father), one of the founders of the British record label Decca Records. The actor was raised by his family in Sea Cliff, New York, Long Island.

McKean completed his high school education in 1965. Two years later, he briefly served as one of the members of The Left Banke, an American baroque pop band that was formed in New York City in 1965. He subsequently featured on the single "Ivy, Ivy" b/w "And Suddenly."

Michael McKean’s married life – Who is his wife?

Michael McKean is married twice in his life. After a really long relationship with his first wife, the actor bumped into his second spouse, who you could argue was his soulmate all along. The second time is definitely the charm for this charismatic actor.

Michael McKean was married to his first wife, Susan Russell, in 1970. The couple was together for 23 years before deciding to divorce in 1993. The former pair shared two children, both sons named Colin McKean and Fletcher McKean. After divorcing his first partner, Michael got married to his second wife, actor/dancer/song-songwriter, Annette O'Toole. The pair first met way before their dating endeavors began while working on the American sitcom series Laverne & Shirley.

McKean and O'Toole stroke a connection after they worked in a movie together, Final Justice (1998). A year later, the duo took their relationship to the next level upon exchanging their wedding vows. The couple got married on 20th March 1999.

The husband and wife duo appeared as guests in Law & Order (2000). The pair featured as an on-screen couple in the police procedural drama who were accused of murder in season 10, episode 18, titled 'Mega.'

Check out: Songwriting Duo Michael McKean and Annette O'Toole Sing Live on Employee of the Month

Earlier in 1999, the couple shared the screen in an episode of an American sitcom Boy Meets World. They featured as the parents of Topanga Lawrence in season 6, episode 22, called 'State of the Unions.'

When it comes to their most recent acting endeavors together, McKean and O'Toole featured in Smallville, a DC superhero series. McKean plays Perry White, who later becomes the boyfriend of Martha Kent, played by O'Toole.

A brief look at Michael McKean’s Career and Net Worth Michael McKean’s first significant appearance was in the television sitcom Laverne & Shirley (1976-1983), where he played the role of Lenny Kosnowski. During the 90s, he made several appearances on Saturday Night Live.

Most recently, McKean is famed for his performance in AMC’s Breaking Bad spin-off, Better Call Saul, where he played the role of Chuck McGill, the brother of lead character Saul Goodman (Bob Odenkirk). He featured in 27 episodes for three years from 2015 to 2018, and subsequently got nominated for a Primetime Emmy Award in the category of Outstanding Guest Actor in a Drama Series (2019).

Besides his acting career, Michael is a singer who won a Grammy Award for his song ‘A Mighty Wind’ from the movie of the same name. Moreover, he wrote the song ‘A Kiss at the End’ which got nominated for Prime Time Emmys in 2019 for the Outstanding Guest Actor in a Drama Series.

Michael McKean's net worth is estimated at $11 million.