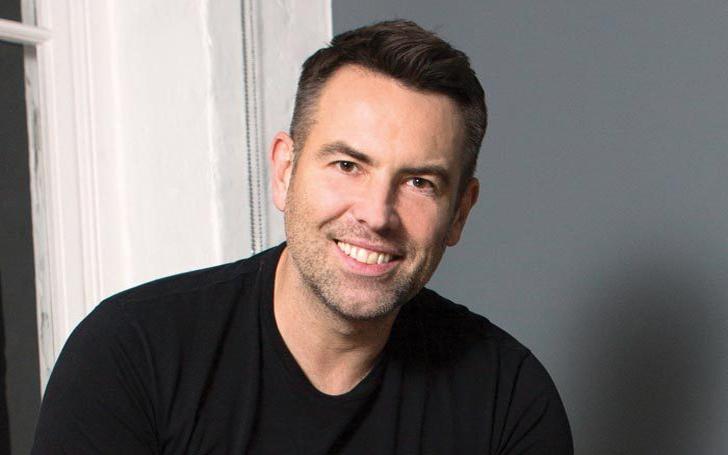 Stephen Beresford is a veteran of the movie and TV industry even though his resume is not filled with recognizable or truth be told, many acting credits, but his outputs are noteworthy. Whether he is doing it on camera or on the stage, Stephen’s been able to carve out a little amount of fame and recognition for himself.

The actor was born in 1972 in London, England, where he grew up, got his education, and later made his career in. As a child, show business and acting for the camera was something he wanted to do when he grew up, and to that extent, after finishing high school, the actor was ready to pursue his showbiz dream. 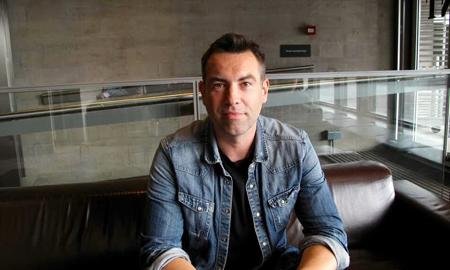 Stephen Beresford is an actor and writer who was in a relationship with the actor, Andrew Scott.
Source: The Script Lab

Stephen joined the Royal Academy of Dramatic Arts and graduated with full honors, and then in 1994, he earned his first acting job in the TV movie Spring Awakening. The career was one thing, though, as the actor was also coming to terms with his sexuality and getting into a pretty long relationship with another actor Andrew Scott. Andrew Scott and Stephen Beresford were in a relationship since 2001.
Source: Pinterest

Andrew Scott is a famous Irish actor who is known for playing the role of Moriarty in the modern retelling of the Sherlock Holmes stories in the BBC show Sherlock. He also appeared in a black mirror episode while also lighting the world on fire with his portrayal of a priest in the show Fleabag. 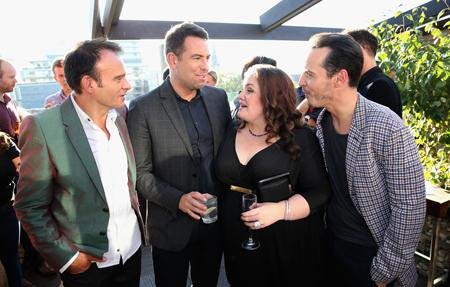 Andrew Scott and Stephen Beresford were together for almost 15 years.
Source: Zimbio

Andrew and Stephen most probably met through their work, and even though being gay men was not a hip thing in the early 2000s, the lovebirds were still not shy about seeing each other and being in a relationship. They started dating in 2001 and even worked together on the first movie Stephen wrote, Pride.

Alas, the relationship was not meant to be because the couple split soon after the movie was released, and there was widespread critical acclaim levied on Stephen. The couple called it quit in 2016, and Andrew confirmed in a 2019 interview he was single and recently came out of a long term relationship.

There are still not any clues as to why the two decided to separate after 15 years together, maybe it was Andrew’s unwillingness to get married or the couple simply growing apart, but they are both said to be single at the moment.

Stephen’s First-Ever Play was in the National Theatre Julie Walters appeared in the first ever play written by Stephen Beresford.
Source: By The Dart

Stephen Beresford was an actor for almost two decades, but during the time he was also working on scripts for movies and TV shows. Almost none were made, but then his play was picked up to be screened at the 890 seat National Theatre.

Most playwrights work their whole lives and never get invited to show their play on the National Theatre, and here was Stephen on his first play getting the main stage with actress Julie Walters headlining the show. Stephen was beyond happy as the actor was excited about the opportunity, but he was also surprised according to the quote he gave to By The Dart.

I sent it to the National, received a call asking me to come in to have a chat, and then got the confirmation it was going to be put on from Nicolas Hytner, the National’s Director. I’ve been working in TV for years with nothing being produced; if I’d known about this I would have done it years ago!

The play was a success, and the critics were proclaiming him as the next great playwright of the British theatre scene. But instead of building on the fame of the play, the actor/writer decided to write a movie, and it was also a massive success.

The Praise for Pride

Pride is the story of the gay rights movement in Great Britain, where gay activists help miners from Welsh in their struggle with the government for better pay. Stephen wrote the screenplay of the movie, and it was a massive success both in the UK and worldwide.

The movie also won three BAFTA awards and made over $16.7 million at the box office, which is a lot for an independent film. There was a lot of praise for the movie and made into the top five of many of the year-end lists by various news outlets and magazines. Pride was a massive success critically and commercially.
Source: Film

Pride was a rare beast, and Stephen tried to replicate the same magic in 2019 with the movie Tolkien, but it did not work as Tolkien was a flop, and it received middling reviews.