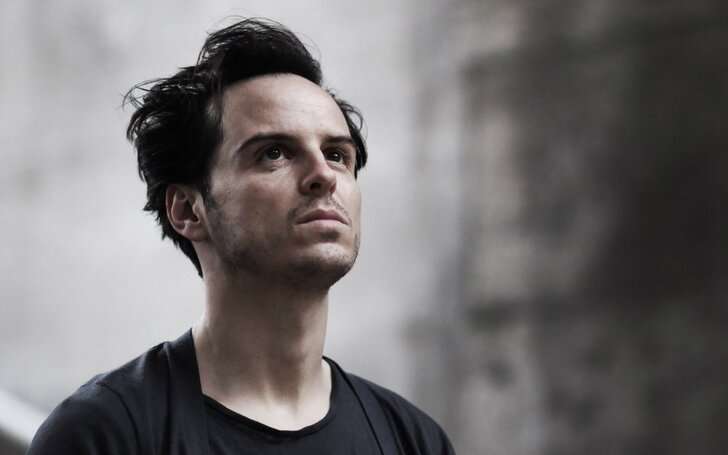 Andrew Scott is an Irish actor born on 21st October 1976 in Dublin, Ireland. He gained international recognition upon playing the role of Jim Moriarity, the nemesis of Sherlock Holmes, in the BBC series Sherlock. Subsequently, the actor landed roles in several movies, most notably Victor Frankenstein (2015) alongside James McAvoy and Daniel Radcliffe.

Back in 2017, Scott fulfilled his long-standing aim of a stage performance by starring as Hamlet in London which was widely acclaimed. The actor most recently appeared as the cab driver Chris Gillhaney in Black Mirror season 5 episode 2 titled 'Smithereens'. Andrew Scott with his parents and sister Sarah.
Source: All kinds of stuff

Andrew Scott was raised by his parents, Jim and Nora in Dublin, Ireland. His father served in an employment agency while his mother was an art teacher.

The actor has two siblings, both sisters. His younger sister is named Hannah while his elder sister Sarah is a sports coach. Scott went to a private Jesuit Catholic school in his hometown named Gonzaga College. He appeared in a couple of ads as a kid after attending Saturday classes at a drama school. He landed his first role in a film titled Korea when he was merely 17. Andrew claims he is a secretive personality.
Source: TV Line

Andrew is gay, and commenting on his sexuality, the actor said - "Mercifully, these days people don't see being gay as a character flaw. But nor is it a virtue, like kindness. Or a talent, like playing the banjo. It's just a fact. Of course, it's part of my make-up, but I don't want to trade on it."

The actor added, he is a private person and he feels that's important as an actor. However, he stresses there's a difference between privacy and secrecy. Scott claims he is not a secretive person. He is just eager to get on with his job which demands him becoming different sorts of people on camera.

Back in 2015, Scott displayed his approval towards the equal marriage bill in his native nation of Ireland. However, the actor suggested he's unlikely to get married himself. Scott is not fond of the 'openly gay' label.
Source: The Independent

Andrew Scott insists he does not identify with the label of 'openly gay'. Andrew claimed the term presents homosexuality as a contempt, during an interview with British GQ.

The actor went on to explain nobody ever introduces someone as 'openly gay'. For instance, when someone is introducing their friend or some other person at a party or any social occasion, they never say 'meet my openly gay friend'.

Scott added, "Sexuality isn't something you can cultivate, particularly. It isn't a talent... You believe the relationship, that's my job."

The actor dated his partner Stephen Beresford for over 15 years Scott is publicly gay and often talks about his sexuality, but the same can't be said for his dating life. He prefers to remain hush-hush whenever his relationship status is concerned.

Speaking to Red Magazine in 2015, Andrew revealed he has a long term partner but seemed to suggest he wasn't interested in marriage.

It's just an option. But it's about having the same options as everyone else. So now a gay person has a right not to get married.

Scott's mystery boyfriend was none other than a fellow English actor turned writer Stephen Beresford. The couple worked together in Scott's film 'Pride' which was written by Beresford. They apparently dated for more than 15 years before going their separate ways.

Speaking to The Times in 2019, Scott revealed they were no longer a couple.

Andrew Scott is starring in ‘His Dark Materials’

Andrew Scott will play the role of Colonel John Parry (also known as Doctor Stanislaus Grumman or Jopari) for 8 episodes in season 2 of the British Fantasy series His Dark Materials. He portrays the father of Will Parry (Amir Wilson).

In the books, John accidentally travels to the world of Lyra Belacqua (Dafne Keen) and ends up becoming a renowned scholar and shaman. His daemon carrying the form of an osprey is named Sayan.

Scott's most notable role was in 'Fleabag'

Fleabag is a British comedy-drama series that aired from 21st July 2016 to 8th April 2019 on BBC Three. There were two seasons in total with 6 episodes each.

The story revolves around the character of an angry and confused woman who goes by the name Fleabag. The show often breaks the fourth wall with the lead character talking to the camera.

Andrew joined the cast in the second season as the Priest with whom Fleabag (Phoebe Waller-Bridge) falls in love. He served as a regular cast for six episodes.