Talia Jackson Boyfriend - Is She Dating Chase Liefeld in 2021? Get Details! Talia Jackson is a talented actress, singer and social media celebrity but making it in the career of her choice, acting, was a hard. She began auditioning for various parts from the age of 7 but it was only in 2017 that a proper role came her way. Now, she is starring in the Netflix show Family Reunion and people want to know about her boyfriend.

Born on 28 August 2001 in Madison, Wisconsin to her parents, father Trenton and mother Kelly Jackson, Talia is of mixed race. Her father was a professional basketball player while her mother was a model. She lived in Wisconsin till the age of 7, later moving to Santa Barbara with her mother and brother after her parents got divorced.

Interested in the world of acting from a young age, Talia Jackson started auditioning after hitting seven years of age. But work was hard to come by as the actress details here. Still, persistence is key and through it Talia is a recognizable figure now. But fame also brings interest in personal life and fans want to know if she is dating a boyfriend. 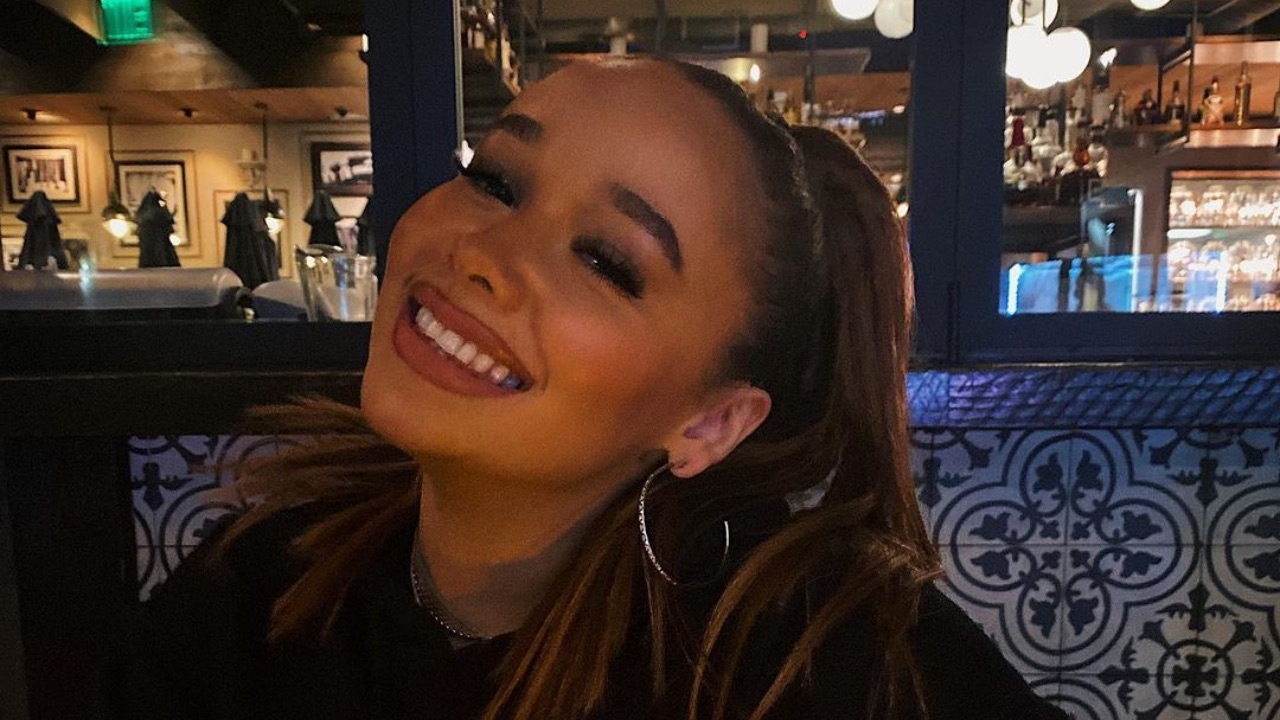 Talia Jackson was dating her boyfriend Chase Liefeld. This picture and tag was used to start the rumor.
Image Source: Talia Jackson Instagram

Talia Jackson's movie and TV credit may be short on IMDb but the following she has managed to amass over the years on her social media has been amazing to see. With 450K followers on Instagram the actress has a devoted fanbase who devour her work and music. But in the comments, from time to time, speculation of relationship also arises.

So, the question in the mind of some fans is, if Talia is dating a boyfriend. There have been hints here and there, about the young actress dating someone but concrete information is a little hard to come by. Also, Talia is pretty open about everything that is happening in her life, even hinting at romance but never totally coming forward with much information.

And in the vacuum of information some fans have taken it upon themselves to cobble together some rumors. It is speculated that Chase Liefeld, also an actor, is Talia Jackson's boyfriend and the point of this rumor is a tag in a photo from what appeared to be a romantic date.

The picture in question was posted on 22 November 2020 by Talia with the caption, "learned to love myself now I don’t need anyone else." The photo was taken by Chase Liefeld and people think the two were on a romantic date. Some commenters even said she was being sarcastic but that was the only mention of her supposed boyfriend on her Instagram page.

On Chase's Instagram page also we found a picture of the supposed couple together. The photo was posted on 21 October 2019 and showed the duo close together for a snap. Nothing special in the caption and while some called them a couple in the comment section, Talia and Chase remained muted on the topic.

It is possible that the 22 November post by Talia was a breakup upload and the two were dating for about a year at that time. But calling Chase, Talia's boyfriend would be guess work and too much reliance on rumors. Plus, Chase's recent post shows his possible girlfriend so even if Talia and Chase dated some time ago, it appears to be over now and she is single in 2021.

Family Reunion tells the story of a black family from Seattle who travel all the way to Georgia for a reunion. They see all their relatives and friends as well as their kids and trying to get their own kids closer to their heritage, the mother and father decide it was time to move back to the south which is met with varying level of emotions by their four kids.

After getting the role of Jade in Family Reunion the show became her first major acting role. Years of hearing no, the actress was finally able to land a show which was both loved by the critics and managed to get multiple renewals from stingy Netflix.

Talia Jackson plays Jade McKellan in the Netflix series. Jade is a city girl who does not know as much as she needs to be about black history. Also, she is not too hyped to be moving to Georgia as she keeps insisting to her parents that they need to go back to Seattle. But her pleas fall on deaf ears and she herself starts liking the place a little more with time.