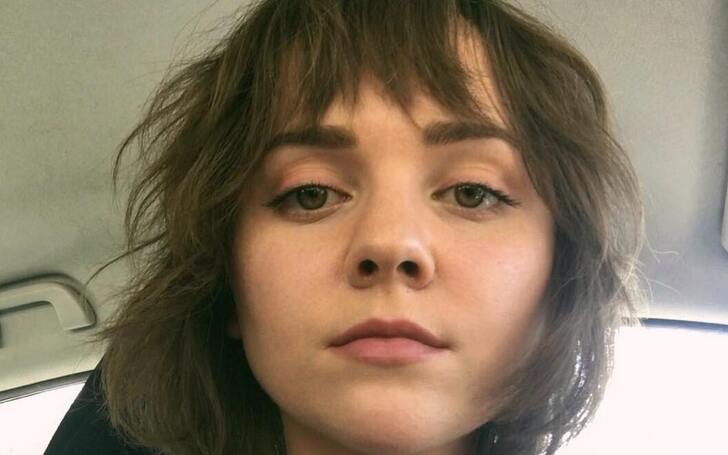 Tara Lynne Barr was born on 2nd October 1993 in Orange County, California. Both of her parents (who later divorced) worked for the Southern California Edison Company. Moreover, she’s got an older sister named Erin Barr.

Theatre performances for the Boys and Girls Club of Huntington Valley

Tara Lynne Barr and her sister Erin attended Boys and Girls Clubs of Huntington Valley after getting enrolled by their parents in the before and after school care program.

When the organization began its Clubhouse Theatre program, Tara’s sibling often performed in theatre plays. The actress received inspiration to take up acting from her older sister and began performing in theatres at the age of 7.

Barr served as a performer and presenter for several years at the Boys and Girls Clubs of Huntington Valley. In fact, she was a presenter at the 6th annual OMNI Youth Music and Actor Awards in 2008.

Tara Lynne Barr’s Career in the Nutshell – What’s Her Net Worth? Tara Lynne made her screen debut with the role of Jump-Rope Girl in a fantasy/family drama Joan of Arcadia (2004). The same year, she had an uncredited role as a student in a Christian drama film Love’s Enduring Promise (2004). This was followed by several minor roles for the next few years.

After featuring in numerous Disney and Nickelodeon series as a child, most notably Drake & Josh (2006) and The Suite Life of Zack & Cody (2007-08), Barr thought it’s best if she waited a while to pursue something serious. Following her graduation from high school, the actress landed the role of Roxy in a black comedy thriller God Bless America (2011), earning herself a Young Artist Award nomination as Best Leading Young Actress in a Feature Film.

In 2012, Tara lent her voice in a couple of video games; Prototype 2 as Amaya Heller and The Secret World as Carter / Emilia. The same year, she portrayed the character as Christine Johnson for a single episode in a television soap opera, The Bold and the Beautiful (2012).

In 2015, the actress featured as Katie for ten episodes in a period comedy-drama Aquarius. Then came one of her biggest roles to date; Barr portrayed the character of Laura Meyers for three years in a comedy-drama Casual (2015-18), appearing in 44 episodes.

Most recently, the 26-year-old played the role of Ginny for eight episodes in Co-Ed (2018). Tara Lynne Barr’s net worth is estimated to be $1.5 million.

Stars as Young Janice on ‘Dispatches from Elsewhere’ (2020)

Created by Jason Segel, Dispatches from Elsewhere is an hour-long American anthology drama filmed in Philadelphia that premieres on AMC on 1st March 2020.

As per Deadline, the show premise reads: How I Met Your Mother star Jason Segel also leads the show as Peter; interestingly, his first acting role on TV since HIMYM. Meanwhile, Tara Lynne Barr plays the role of Young Janice on Dispatches from Elsewhere.

The rest of the main cast includes Richard E. Grant as Octavio, Sally Field as Janice, Eve Lindley as Simone, and Andre Benjamin as Fredwynn. In addition, Cecilia Balagot stars as Clara for seven episodes.

Also Read: ‘Dispatches From Elsewhere’ Season 2 – When Will It Air?

Besides showcasing her talents on big and small screens, Tara Lynne Barr is pretty passionate about music. In fact, she is an impressive singer and a self-taught guitar player. Moreover, she is eager to learn to play the bass in the near future.

In addition to music, the actress is a fan of the arts. Her other notable passions include theatre plays, musicals, and crime mystery novels. She is quite fond of horror movies as well. As a matter of fact, she tries to watch every genre from classic to contemporary. The young actress currently resides in Los Angeles.

Tara Lynne Barr’s Relationship Status - Does She Have a Boyfriend? Tara Lynne Barr is reportedly single. The actress is pretty low-key when it comes to her dating life. She rarely ever speaks about her love life on the media. As a matter of fact, her social media, in particular, Instagram, provides no clue about her relationship status.

There’s a slim possibility the actress could be dating a boyfriend in secret, but for now, she seems completely engrossed in her growing career. Right now, she is only concerned with making her name whilst she shares the screen with Jason Segel on AMC’s Dispatches from Elsewhere.

Perhaps Tara could shed further light on her relationship endeavors as she gains bigger stardom in the days to come.

Ever since Tara Lynne Barr gained mainstream stardom, fans cannot help themselves compare her to the famed American actress renowned for playing unconventional characters, Christina Ricci. Of course, this isn't about the skill, the talent or the acting - it's more about their facial appearance.

One cannot argue Barr carries an amazing resemblance to the veteran Christina Ricci. Although they're not exact lookalikes, the shape of their face couldn't be more identical. In fact, their facial expressions are pretty similar too.

Now Barr Tara would be hoping she can emulate the acting career of her accomplished counterpart. Dispatches from Elsewhere definitely looks to be a step in the right direction.