It’s been six years since Jason Segel last appeared on TV. It’s fair to say the series finale of How I Met Your Mother was anything but well-received by the public. This, however, doesn’t discredit Segel’s performance on the CBS comedy. Marshall Eriksen is undoubtedly one of the most beloved fictional characters in the last two decades.

The HIMYM star is now making a comeback with the AMC series he created and stars in titled Dispatches from Elsewhere. It’s about “a group of ordinary people who stumble onto a puzzle hiding just behind the veil of everyday life. They will come to find that the mystery winds far deeper than they ever imagined.”

One of the most notable cast members in the new AMC series is a transgender actress, Eve Lindley, who could potentially enjoy the biggest breakthrough of her career working alongside one of the most popular faces in the television history. The rest of the notable cast includes Andre Benjamin, Cecilia Balagot, Richard E. Grant, Tara Lynne Barr, and Sally Field.

During a recent interview, Jason Segel shed light on the impressive talent of Eve Lindley, the challenges of her trans character, and his experience working with this rising star on the AMC set. The transgender actress Eve Lindley plays the character of Simone on AMC’s Dispatches from Elsewhere. Her character, a trans woman, is Segel’s partner in the scavenger hunt, and there were certain challenges to ensure the accurate portrayal of Eve’s role.

Segel revealed they approached this in two ways. The first involved the trans writer of the AMC show named Patti Harrison, who was incredibly valuable with her expert inputs. Besides being trans, Segel believes she’s a brilliant writer and comedian in her own right.

I was mentored by Judd Apatow. One of the great lessons that he taught me was that you create a blueprint and then you do your casting. And everything gets fine-tuned, rewritten with the input and experience of your actual actor.

Jason explained the major chunk of the story was heavily influenced by interactions with the Simone actress and her own ideas.

Watch: Jason Segel's "Dispatches from Elsewhere" Is Magic As An Act Of Defiance

Meanwhile, Segel also revealed what it’s like when someone as talented as Eve, but relatively unknown, walks into auditions. The Marshall Eriksen star continued,

It was exactly the same way I felt when Russell Brand auditioned for Forgetting Sarah Marshall, where I was like, "Oh, this changes everything — in the best possible way." Everything becomes richer, you know?

Needless to say, Eve Lindley’s raw talent meant she could be easily molded into delivering a wonderful performance, irrespective of the difficulty. 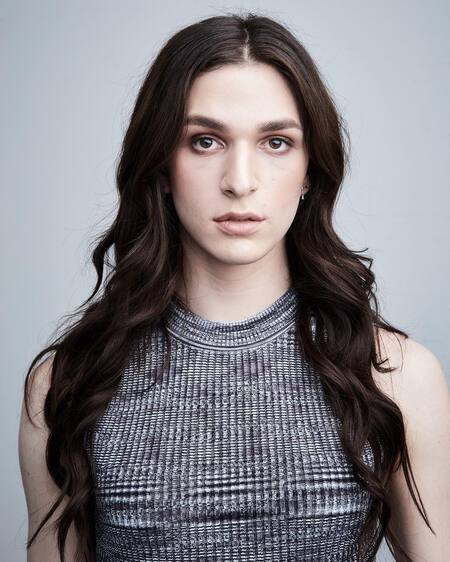 The transgender actress Eve Lindley is playing the role of Simone on AMC's 'Dispatches from Elsewhere.'
Source: Lindley Instagram

Eve Lindley, best known for All We Had (2016) & After Yang (2020), is looking to leave her mark in the new AMC drama Dispatches from Elsewhere alongside the Peter actor Jason Segel.

The veteran star couldn’t be more delighted working with someone with as much aptitude as Eve. Speaking of his experience working with Eve Lindley, Segel stated:

It was a real joy. She's early in her career, which is really exciting because a lot of her talent is so raw, but she has this depth that goes beyond her years. So you're getting the benefits of somebody with real chops, but also the excitement of the newness of it all.

She says it as the character — "I'm like a bitter Amelie today." And that was what the character calls for, someone who desperately wants to feel like they are the type of person who finds the magic in everyday life, but is constantly getting in their own way. She just understood that idea perfectly.

Dispatches from Elsewhere premieres on 1st March 2020 on AMC.