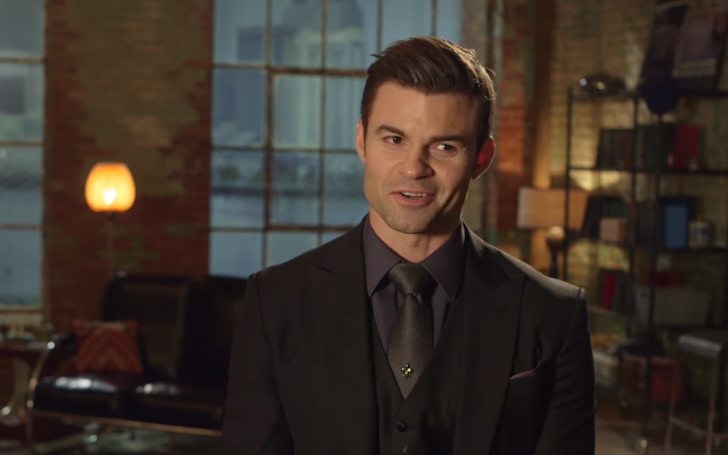 Daniel Gillies was born on 14th March 1976 in Winnipeg, Manitoba, Canada, to New Zealand parents, who decided to return to their home country, initially to Invercargill and then Hamilton. His father is a pediatrician while his mother is a nurse. Moreover, the renowned ENT/plastic surgery pioneer Sir Harold Gillies happens to be his great-great-great-grandfather.

Despite being raised in a family with a strong medical background, Gillies pursued a career in acting because he believed it was "the only thing I was ever any good at." Initially, however, the aspiring actor struggled to land good opportunities, so he traveled to Sydney, Australia, for six weeks in 2001.

Following his brief stay in Australia, Daniel moved to Canada for two months. There, he began working as a waiter and dishwasher but ultimately decided to pursue his acting dreams by moving to Los Angeles, California. 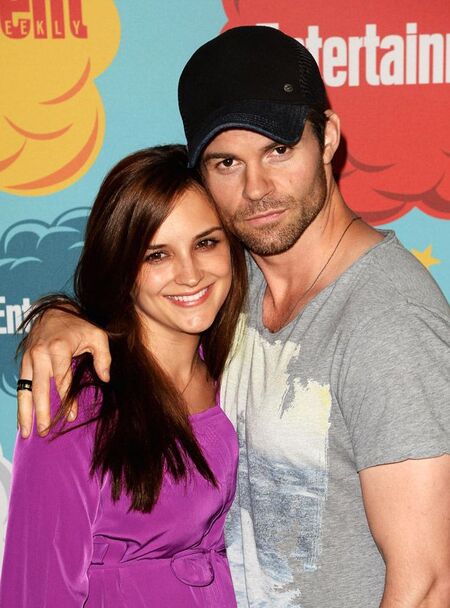 Daniel Gillies tied the knot with an actress wife, Rachael Leigh Cook, on 8th August 2004, merely two months after getting engaged in June. The wedding came incredibly fast for this duo since they dated for just five months prior to getting engaged.

Speaking to People in 2013, Cook revealed:

There was just so much more both of us wanted to do. We wanted to travel and accomplish a lot more in our professional lives. A day later, on 29th September 2013, the actor took to Twitter to share the delightful news. He wrote:

It's a girl. The tiny new empress of my everything. She's immaculate. We're delirious.

A few months prior to the delivery, Rachel told tabloids the couple was expecting. "I've been hiding my rapidly growing bump while shooting but this kiddo is vying for screen time." At the time, a lot of people were asking her if she’d prefer a boy or a girl, to which Cook replied, “In truth, it doesn't matter to me — I just can't wait to meet little Keanu Robocop."

Two years later in April 2015, the lovebirds welcomed their second child, son Theodore Vigo Sullivan Gillies. In a surprising turn of events, however, the delight didn't last long. On 13 June 2019, the couple announced their mutual separation on their respective Instagram accounts. The former pair wanted this relationship to be as cautious as possible for the sake of their children. In a joint statement, the duo said,

With deep gratitude for every year, we have spent together and the thousands of beautiful memories shared, we have mutually decided to separate as a couple.

Earlier, the husband and wife pair shared the screen together on Showtime’s Broken Kingdom in May 2012. In April 2017, Daniel Gillies opened up about his family life with his wife and kids. The actor began with a smile as he gushed about his children, “There’s a lot of snatching of toys going on.”

But [Charlotte] is a very sweet, older sister to him and she's day-by-day becoming more and more demonstrative.

Gillies continued, "She'll be really sweet to my son and be like, 'Look, Daddy! Look at how great I'm being,' so that she can receive the reward later on, which is that I have to play her episodes of Dora the Explorer."

Even after 12 years of marriage, the actor couldn’t stop admiring the beauty of his wife, back in 2017.

I remember just watching her sleep and thinking that is the most beautiful person and I would just watch her for a while.

It's also amazing to see when our kids have inherited some of her physical characteristics.

When asked if he’s looking forward to a third baby, The Originals star laughed with a resounding ‘No!’ Daniel revealed,

Daddy is going to pay a special visit to a special surgeon real soon. I'm too old as it is. My wife has got the energy of a 21-year-old and is physically in great condition, but me, I have, like, no knees and no shoulders.

The Virgin River actor continued, "But no, that's the answer. I want to be able to give these two my love and my attention and my care. I would like to stop now."

Daniel Gillies plays the recurring role of Mark, Melinda “Mel” Monroe’s deceased husband on the Netflix romance web series Virgin River. He appears in the flashback scenes in Mel’s memories, which are too painful for her to remember.

Virgin River is based on novels by Robyn Carr, who prior to the premiere, attended the Vancouver set to weigh in on the Netflix series. The show follows Mel, played by Alexandra Breckenridge, who applies to work as a nurse practitioner and moves to the remote location of California. Mel believes this is the best place to start fresh, leaving behind the haunting memories of her deceased husband, Mark. However, she soon realizes moving on isn’t as easy as it seems, so she must learn to heal herself before she can truly call Virgin River her home.

Premiering on 6th December 2019, Virgin River got renewed by Netflix for a second season consisting of 10 episodes in the same month. Check out these exciting plot points for Virgin River season 2. Daniel Gillies is best known for playing the recurring role of Elijah Mikaelson is an American supernatural teen drama The Vampire Diaries starring Nina Dobrev, Paul Wesley, and Ian Somerhalder. He featured for a total of 23 episodes from 2010 till 2014.

From 2013 to 2018, the actor starred in The Vampire Diaries spin-off The Originals, reprising his character Elijah Mikaelson, for a total of 92 episodes. Besides featuring in a leading role in the fantasy supernatural drama, Gillies directed three episodes in the series.

For three seasons from 2012 to 2015, the actor enjoyed the main role as Dr. Joel Goran in a Canadian supernatural medical drama, Saving Hope, alongside Erica Durance and Michael Shanks, featuring for a total of 47 episodes.

Gillies wrote, produced, and directed the film Broken Kingdom (2012), where he also starred as Jason ’80’. Most recently, he featured in a recurring role as Mark in an American romance comedy Virgin River (2019).

Daniel Gillies’s net worth is estimated at $3.5 million.