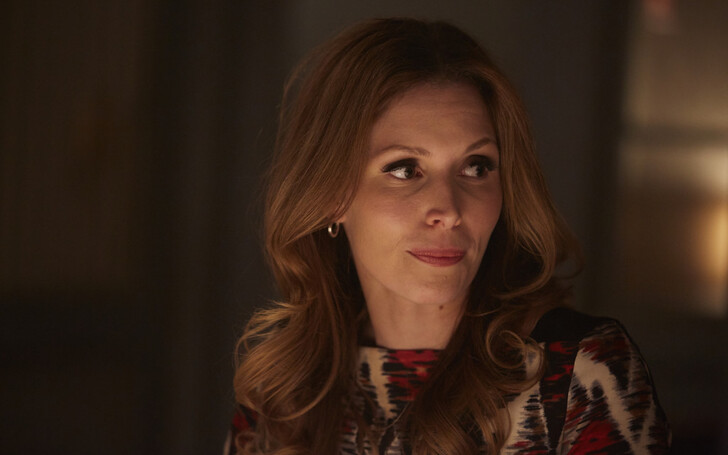 Lauren Hammersley was born in Campbell River, British Columbia, Canada. She grew up in Surrey, British Columbia, while her current home is in Toronto.  The actress is best known for Bloody Mary (2006), Mr. D (2012), and Orphan Black (2013).

Virgin River, based on novels by Robyn Carr, premiered on Netflix on 6th December 2019. The series follows the character of Melinda “Mel” Monroe, played by Alexandra Breckenridge, who previously starred in The Walking Dead.

Mel shifts to the remote town of Virgin River located in California where she intends to work as a nurse practitioner, upon answering an ad. She seeks to leave her painful past behind and start afresh at a new place. However, much to her surprise, moving on isn’t quite as easy as she thought.

Monroe must learn to heal herself from the haunting memories before she can truly call Virgin River her home. The series was renewed for a second season, consisting of 10 episodes, in December 2019. While you’re here, check out these interesting plot points for next season.

Lauren Hammersley is playing the role of Charmaine Roberts, who is in love with Jack Sheridan (Martin Henderson).

Career and Net Worth

Lauren Hammersley made her television debut with the role of Officer Fitzmaurice in a science fiction drama John Doe (2002). This was followed by the character of Mary in a horror-thriller Bloody Mary (2006).

Five years later, the actress featured as Brooker in a Canadian mockumentary series Single White Spenny (2011). She appeared for a single episode – season 1 episode 4 titled Open Relationship. Two years later, she made a single appearance yet again, this time as Ariel in a supernatural medical drama Saving Hope (2013). The following year, Lauren made an appearance as Lisa Mason in Mr. D: Webisodes (2014).

Watch: KATIE CHATS with Actress Lauren Hammersley at the CBC launch for the 4th season of "Mr. D" in Toronto. 01/15

In 2016, the actress landed the recurring role of Adele in a science fiction thriller Orphan Black (2016-17). She appeared for a total of 8 episodes. Besides this stint, Hammersley's major breakthrough arrived when she got cast as a main character in a Canadian series Mr. D (2012-2018). She portrayed the role of Lisa Mason for 62 episodes in the span of 6 years.

Apart from her acting endeavors, Lauren made a few appearances in talk shows. She featured in The Hour (2012-13) and Katie Chats (2015). Lauren Hammersley is currently single. There's no hint of her relationship endeavors on the public domain. Therefore, she does not appear to be dating anyone at the moment.

Although we cannot rule out the possibility she could be dating a secret boyfriend, we're inclined to believe she is fully engrossed in her career for the moment. Until the actress sheds light on her dating life, the benefit of the doubt shall inevitably fall towards her single life. In the meantime, the only relationship she carries is with her adorable dog named Olive, whose pictures and clips she often shares on Instagram.

It remains to be seen when Hammersley decides to open up about her relationship status. In an unlikely scenario, could she be married? Well, for now, we can neither confirm nor deny she's got a husband. Meanwhile, the rising actress may not keep her love life in the dark for too long as her stardom looks to be growing in the days to come.