All it took was one audition tape and a few days for Brendan Scannell to land the role of Pete in the hilarious Netflix show Bonding. It would be an understatement to say his casting for the role was perfection. Being a gay man himself, Brendan related to the character, and for those wondering, yes, he is dating a boyfriend in 2021.

Born on 20 June 1990 to his parents in Chicago, Illinois, Brendan grew up a shy kid. He had a way about him on stage, which was surprising for most people who knew him, but off the stage, he was a shy kid and adult. Acting gave an outlet that was needed in his life to express how he was feeling.

Brendan Scannell joined Northwestern University to continue a career in acting. While the going was tough, Brendan started to make opportunities for himself. That is how he transitioned to a career on TV and later landed the role in the Netflix series Bonding. But before talking about the series, let's look at the relationship Brendan shares with his boyfriend.

Brendan Scannell Boyfriend - Dating Joe Rome for Over a Year 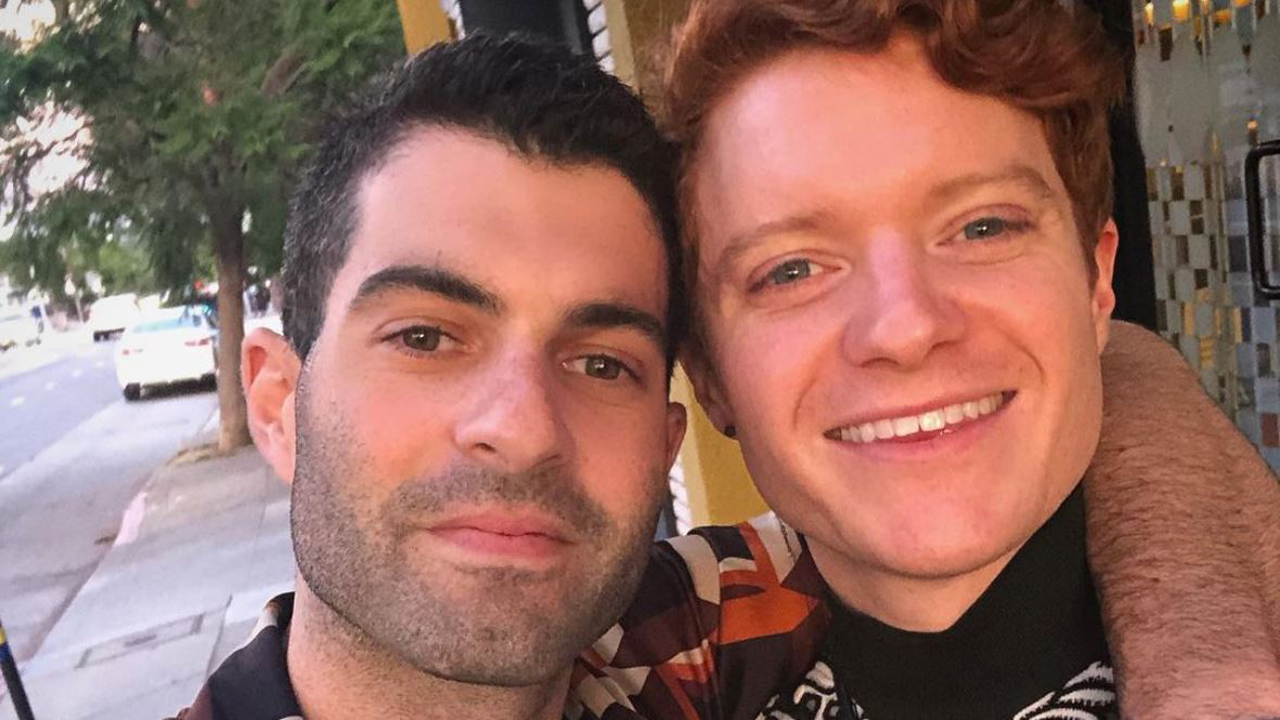 Brendan Scannell is dating his boyfriend Joe Rome in 2021. They have been together for more than a year.
Image Source: Joe Rome Instagram

Brendan Scannell has been openly out as gay for a long time now. From what we gleaned from an interview he gave, the actor has understanding parents who were supportive no matter what he did or how he lived his life. He even spoke of how his parents would come to his improv shows which were sometimes sexual and over the top.

Being gay and out for a while Brendan has never felt the need to hide his romances from the world. While we cannot be certain of his past boyfriends, we do know the actor is currently dating Joe Rome, hailing from Los Angeles, California.

Brendan and his boyfriend have been together for more than a year. The first picture of the couple was shared by Brendan's boyfriend on his Instagram on 9 January 2020. Joe captioned the picture, "Extremely sweet & extremely innocent," with an emoji of two boys holding hands.

Also Read: Hunter Doohan Boyfriend – Adam from Your Honor is Dating His BF

The Pete actor himself shared a picture of the duo on 14 February 2020 with a caption thanking Joe for hanging around. The photo shows both men in bathrobes smiling at the mirror as Brendan snaps the picture. Brendan and his boyfriend Joe were together during Valentine's day, their first one together.

Their relationship appears to have gone even deeper during the pandemic. Joe shared a post where he talked about beating Brendan's mother in a game. They were all together celebrating the anniversary of Brendan's parents, meeting parents means the relationship is definitely headed somewhere.

The latest update from Brendan and his boyfriend Joe came on Christmas Eve. The couple wished everyone a Merry Christmas and a happy new year and then Brendan showed how Joe wakes him up every morning. The whole thing is all kinds of cute and the Chicago actor's fans also think the same thing.

Brendan Scannell plays Pete in Bonding which is returning for a second season on 27 January 2021. Pete is a shy gay waiter living in Manhattan who has aspirations to be a standup comedian but his stage fright gets the better of him. But working for Tiff, he starts to find his confidence again and through all the shenanigans liberates himself from his past life.

The actor revealed in an interview that he was working on the TV series Heathers when he came across the script for the show. As soon as he read the character of Pete, Brandon knew he was meant for the role. One tape and a couple of days later, Brendan got the call and he was off starring in the show. The creator of the show, Rightor Doyle, mentioned once he saw the tape, he knew Brendan was the man for the role of Pete.