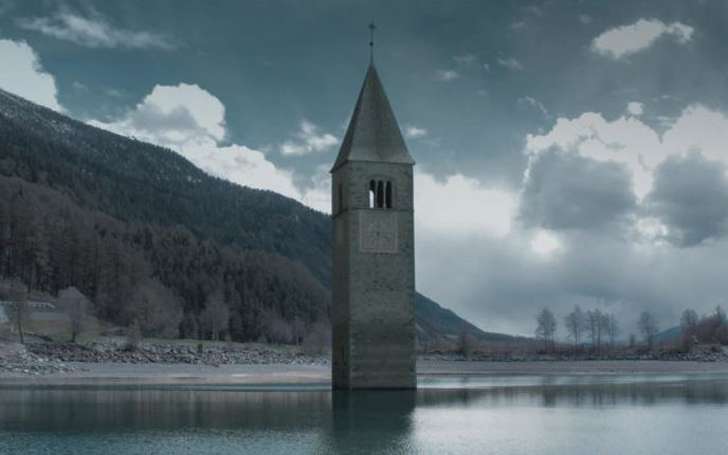 Netflix is bringing a new horror show to the small screen. As part of their recent move to bring more regional content with a different language and local people, the streaming company’s new series is an Italian production. Curon is a new horror series coming this summer, and there is a peculiar looking bell tower in the trailer and promotional material of the show, which begs the question, where is the Curon Netflix filming location?

Curon started production last year with an Italian cast and crew and on-location shooting. The show is about a family of three who moves to a town in Northern Italy and find past troubles and history find them and haunt them. Curon follows two teenage kids who begrudgingly agree to move back to their mother’s hometown, and upon arrival, their mother goes missing. So, the brother and sister need to find out what happened to the mother and also the past, which caused her to run away from the village in the first place. 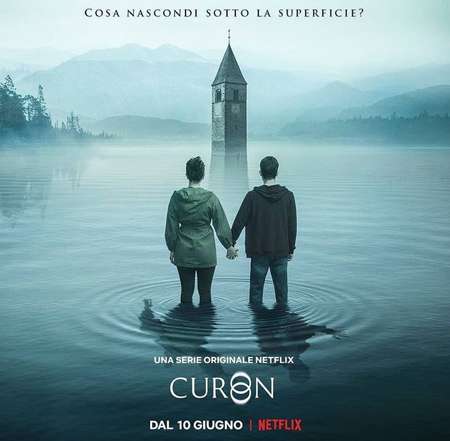 Curon is the new horror series coming to Netflix in the summer.
Source: Curon Netflix Instagram

The trailer for the show was only released recently, and before the trailer, there was only the looming figure of the tower as the promotional material for the show. There is an ominous vibe about the bell tower, and the show played into the horror elements of the tower and also the local superstitious believes about the past and present of the tower. The submerged bell tower of Curon is real, and the place is a holiday destination, with this show surely helping the tourism business of the place even more, once the world finds some sense of normalcy. There are instances where a particular location inspires a movie or a TV show. This idea is particularly true in cases of horror productions. Most of the time, horror shows and films and linked with a particular house or area, and the writers incorporate the identity of the place along, legends of the area and work it into the story. The same thing seems to be true for the new Netflix series Curon.

The new horror/supernatural/fantasy series is taking the tried and tested methods of making horror production and employing it at a Northern Italian town. Curon Netflix filming location is based on a real place, and the main identity of the show, the bell tower protruding from a silent lake, is also real. The tower is submerged in a lake called Lake Reschen, and it is located near the border Italian border with Austria and Switzerland. The lake of Curon freezes over during the winter and people can walk up to the base of the bell tower.
Source: Pixaby

Bell tower of Curon is a signifying image of the area, and it is even the court of arms for the municipality. The bell tower is not floating on the surface of the freshwater lake; instead, the church, of which the tower is a part of, was submerged in 1950. Before the water covered the 2.5 square miles of what is the lake surface area, there was a settlement. During the forced lake formation for hydroelectricity, 523 hectares of cultivable land and nearly 200 homes were swallowed by 120 million cubic meters of water, which freezes during the wintertime, and people can walk up to the bottom of the bell tower.

Though most of the houses were destroyed before the damn construction, the 14th-century church stood in its place. The church is still there, at the bottom of the lake, with only the centerpiece of the town, the bell tower, telling the story of the lost town. As with most places with an iconic figure or landmark, there is also a legend surrounding the bell tower.

The Legend of the Not-So-Silent Bell Tower of Curon

There are various legends about the place, one simply being that few days in a year, the bell in the tower can be heard. This cannot be possible, considering the fact the bell from the tower was removed in 1950. But this same idea is used in the trailer of Curon Netflix series. There is a line where the ringing of the bell is mentioned, and the bell ringing plays a significant role in raising past/repressed feelings.

Religious houses are the perfect place for horror movies and one which looks like Curon gives a writer and director a whole lot to work with. It is a perfect place to film a horror show, and we will see how well Curon Netflix filming location works for the story of the series.

Who is in the Cast of Curon, and When is Netflix Releasing the Show?

The trailer for the show was released pretty late on 29 May 2020. It came after months of only looking at the announcement teaser, and the show itself will be arriving on 10 June 2020, only on Netflix.