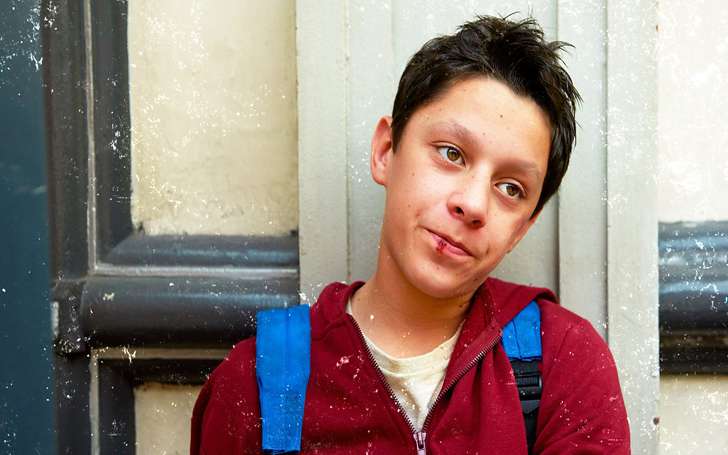 From a normal kid playing in the streets to an actor getting jobs in limited series and movies, this is the career trajectory Daniel Frogson's going on. Just a glance at his IMDb page and you will find the actor only appeared in two projects to date. A supporting role in the movie The Devil Outside and a starring role in the limited series Joe All Alone, these are all the credits to his name including a part in His Dark Materials.

Now the actor is finally getting to play a character in a massive production from BBC One and HBO and centers on the award-winning books of Philip Pullman. Daniel Frogson is only listed to appear in the first episode of His Dark Materials, but we are hoping he gets some more time to shine. 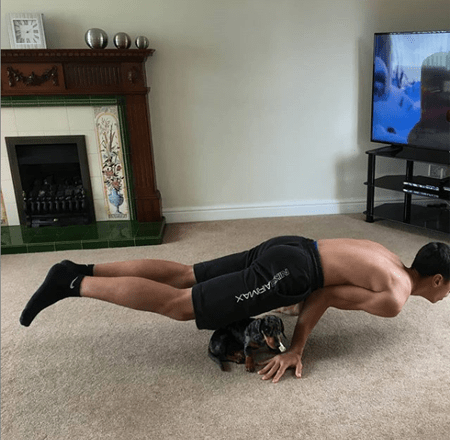 Daniel Frogson does a handstand and he is a fitness enthusiast.
Source: Instagram

Born in Nottingham, Nottinghamshire, England, the UK in August of 2002, acting was in the blood of the 17-year actor and finally, he is going to get some shine in one of the most anticipated series this year.

Daniel Frogson as 'Tony Costa' in the Series 'His Dark Materials' 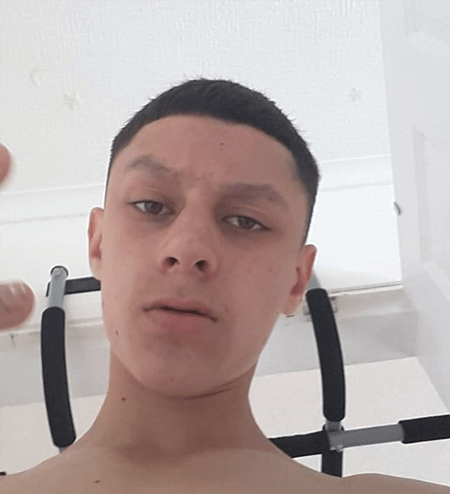 Daniel Frogson will appear in His Dark Materials.
Source: Instagram

'Tony Costa' is one of the 'Gyptians' and is the elder brother of Billy Costa, played by Tyler Howitt, who gets kidnapped like most other kids all over the place. He is the one who rescued the lead character of the show in the movie and the books, Lyra Belacqua, played by Dafne Keen, from the Truk traders.

When Lord Faa organizes his people to help go rescue the kids, he is also one of the men who decide to go on this dangerous endeavor. He was not a highly featured character in the book or the movie, but his role to the whole plot of the story is important, and they’ve got one of the budding British talents to play the character.

Watch: The official trailer for the first season of 'His Dark Materials'

Tony Costa was played by Steven Loton in The Golden Compass (the movie adaptation of the book), and now Daniel is ready to make the character his own. We are bummed the character won’t be there for an extended period of time, but at least we will finally get to see Daniel in particularly massive production. Daniel Frogson helped an elderly woman while he was in school.
Source: Chicago

Manners are not something people learn outside; it is something nurtured and cared for at home and in the school. It is safe to say Daniel grew up with discipline in his life, discipline, and ample amount of manner. This was all in the display when a pensioner, Shirley Walker, fell in the mud while walking her dog in the park.

Shirley said she was unable to grip because her hands were muddy, and she was there struggling when three young boys approached her and asked if they could help her. Daniel was the youngest among the three boys, and it just goes to show much respect and manner was ingrained into the brain of the little boy. He had to muddy up his school dress to help an elderly person. 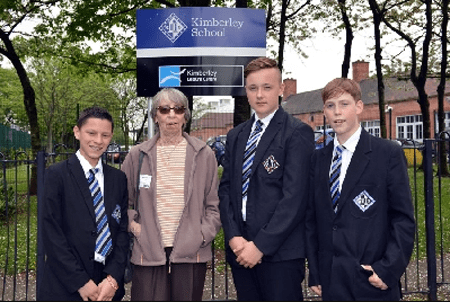 Daniel Frogson and his friends with Shirley Walker, the women they helped get out of the mud.
Source: Eastwood

This not something you teach, this type of manner needs to come from the heart, and when we heard of this story, our respect for Daniel grew tenfold. While the rest of the kids are going around not respecting the elder, he is there with his friends to help someone in need; good job kid!

Discovered Playing in the Streets, To Being Nominated for a BAFTA 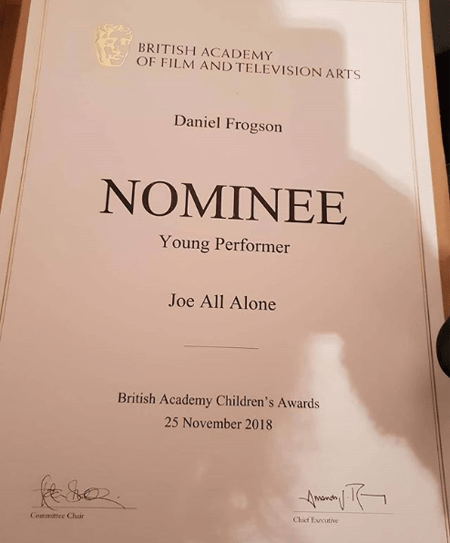 Like we mentioned above, the first movie Daniel did was in 2018 when he played the character of Marcus in the film The Devil Outside. Well, he did not audition to get the role, the actor was seen out in the street playing when the people involved in the movie felt he should play another boy in the film, and so began the career of Daniel. Discovered on the streets and now sharing credits with Lin-Manuel Miranda and James McAvoy, the little boy came a long way.

Well, to top all of it his character, Joe Holt, in the CBBC show, Joe All Alone earned the actor a nomination for the best ‘Young Performer’ in the British Academy Children’s Award which was held on 25 November 2018. Playing in the street one day, supporting cast in a movie next and starring in his own limit series, finally to top it all, getting nominated for your performance, no one lived a better 2018 than Daniel Frogson. The followers on Daniel’s Instagram are not mind-blowing, with just over a thousand followers, but what is eye-opening is all the things he does on his page. His bio states his name as “batman,” and truly he looks like someone who should be out fighting criminals and become a vigilante.

Doing handstands and push-ups with a baby on the bag to doing crazy gymnastics, we assure you this is one Instagram account you should follow and be on the ground floor of what is sure to become a monumental career.

For more gossip and biography head on over to Celebs In-depth.