Darren Barnet Girlfriend 2021 - Never Have I Ever Star is Dating Mikaela Hoover! 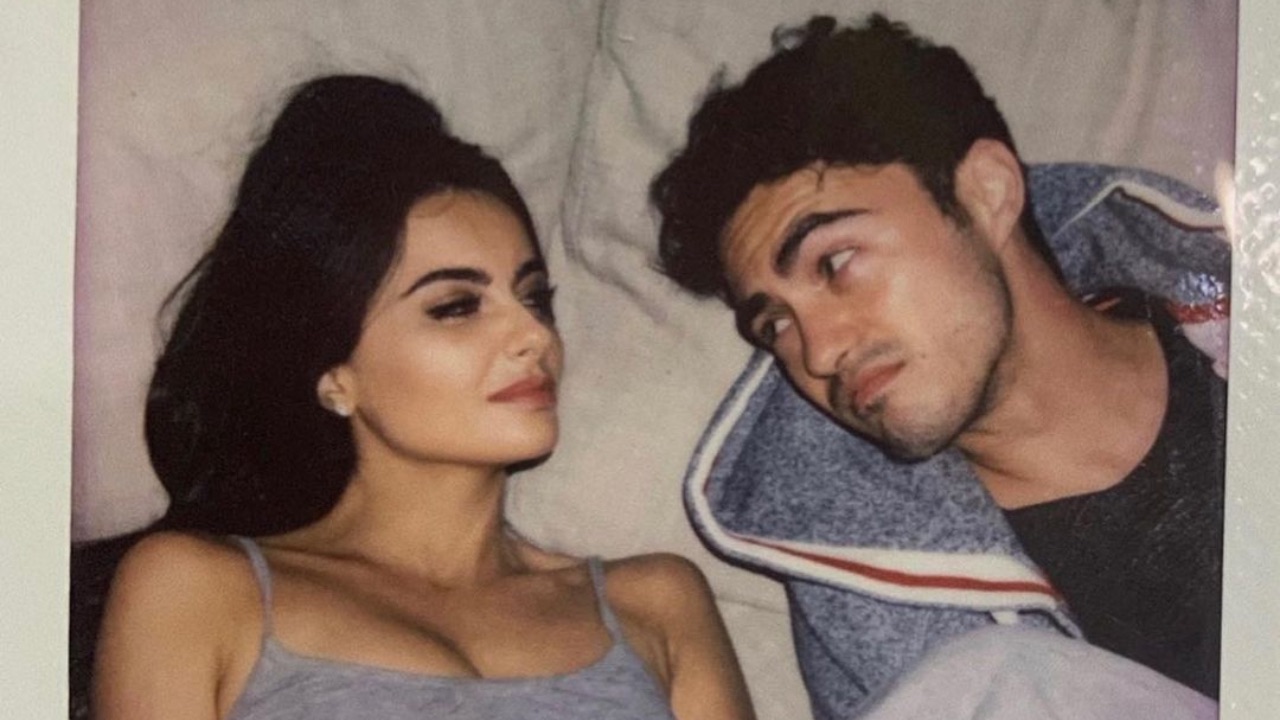 Darren Barnet started auditioning and being interested in the world of acting from the age of 5. He was a curious kid whose curiousness was supporting by his parents, but his mother still wanted him to be a journalist. Well, fate had different ideas for Darren who rose to fame with Netflix series Never Have I Ever, playing Paxton Hall-Yoshida. Now, the actor is dating his girlfriend Mikaela Hoover and living his best life in 2021.

The Netflix actor was born on 27 April 1991, to his German/Swedish mother and German/Cherokee Native Indian descent father. He was raised in Los Angeles, California with his younger and older sisters but at the age of 12, the family moved to Florida while his father was dealing with cancer. After finishing high school in Florida, Darren moved to Georgia to attend college. While there he started stage acting and soon returned to Los Angeles.

In Los Angeles Darren Barnet worked odd jobs while carrying on the passion to be in front of the camera and fulfill his dream to become an actor. And it all started to happen for the young actor in 2017 when he was cast in the hit TV show This Is Us. Two years later he was cast in the Netflix series Never Have I Ever and the rest is history. But you are here for something more than just his biography, so, for those interested, here is everything you should know about Darren's girlfriend in 2021. 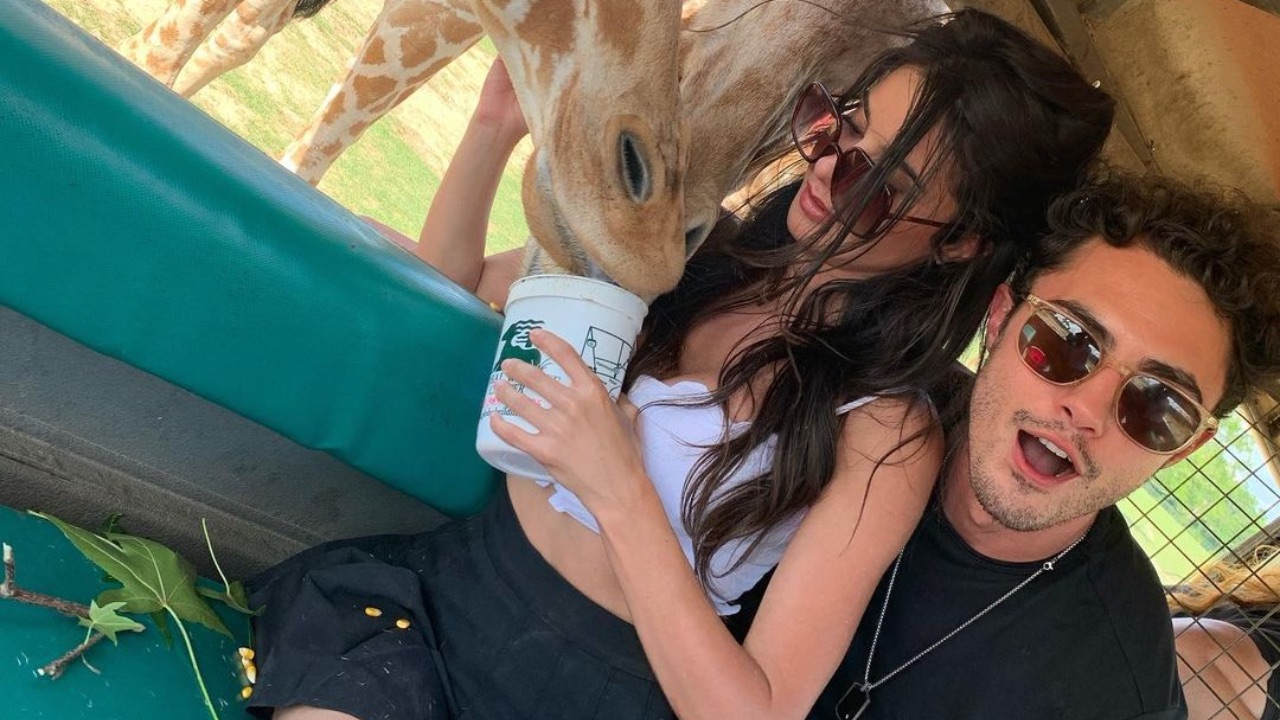 Darren Barnet is dating his girlfriend Mikaela Hoover in 2021. They have been together for little over half a year.
Image Source: Mikaela Hoover Instagram

Darren Barnet's acting career has been on a rapid rise since his debut in 2017. He got his start with one of the highest rated shows that year and since then one after the other, the actor has been building on a successful career in show business. But thinks took a different turn in 2020, the choice of career not only brought success in his professional live, the actor also found his girlfriend through his work.

Also Read: Maitreyi Ramakrishnan Boyfriend 2021 – Is the Never Have I Ever Actress Dating a BF?

The Paxton actor is dating Mikaela Hoover, who is also an actress, in 2021. They made their relationship public in 2021 but it appears the duo started dating at the tail end of last year. It has been a quick brewing relationship and it is all for people to see on their respective Instagram pages. From unknown people to falling in love, it was an eventful last year for Darren and his girlfriend.

Darren Barnet is Dating his Girlfriend Mikaela Hoover in 2021

Darren Barnet and his girlfriend Mikaela Hoover are together in 2021. It was a meeting on set that sparked relationship between the two. Darren and Mikaela did not know each other before they were cast in Netflix movie, Love Hard, together. They met for the first time when filming on the movie began in 5 October.

While it may not have been love at first sight, soon the attraction was evident for both of them to see. It is not clear when Darren Barnet and his girlfriend Mikaela Hoover started dating, but the first picture featuring the duo appeared on Mikaela's Instagram. Darren and Mikaela along with their friends were on a boat during the Canadian thanksgiving.

Darren Barnet posted for the first time about his girlfriend and confirmed their relationship on 12 July 2021 as he wished Mikaela a happy birthday. He shared a picture of the couple and captioned the photo, "Happy birthday, love. Today is for you." He had posted photos featuring the two together before, but this was the first time he acknowledged they were dating on his Instagram page.

But the thing is a little different on Mikaela's grid as she has made it clear they have been dating from the beginning of 2021. From trips to Louisiana, to sharing cute messages in comment section, the 36-year-old actress has been vocal about their love life. And even if they are 6 years apart in age, the relationship appears to be strong and headed in the right direction for the lovebirds.

Never Have I Ever was one of the best reviewed shows of 2020. Featuring a cast that centered around an Indian family and featured minority actors in prominent roles, the comedy high school romance series was Mindy Kaling's reclaiming of the South Asian depiction in Hollywood. The show was a massive success for the streaming platform and season 2 is coming in July 2021.

The story follows Devi Vishwakumar, a 15-year-old Indian American who recently lost her father and is trying to better her life. When she hears about the nickname, she and her friends have in school, Devi is determined to lose her virginity and in her quest she battles with her overbearing mother, connects with her cousin and learns how to be a better friend.

Darren Barnet plays Paxton Hall-Yoshida in Never Have I Ever. Paxton is the cool kid of high school with all the features to make a lady's heart flutter. Devi sets her sight on Paxton as the first person she wants to have be intimate with, but things are not as easy as they may seem. Through the series we are put through Paxton's struggles as well, his looks is not the only thing about the man.

Never Have I Ever season 2 is coming to Netflix on 15 July 2021. The cast is led by Maitreyi Ramakrishnan as Devi, Poorna Jagannathan as Nalini, Sendhil Ramamurthy as Mohan, Richa Moorjani as Kamala, Ramona Young as Eleanor, Lee Rodriguez as Fabiola, Darren Barnet as Paxton Hall-Yoshida and Jaren Lewison as Ben Gross