Elektro Man Actor Tim Oliver Schultz from Netflix Movie Freaks: You're One of Us - 5 Quick Facts 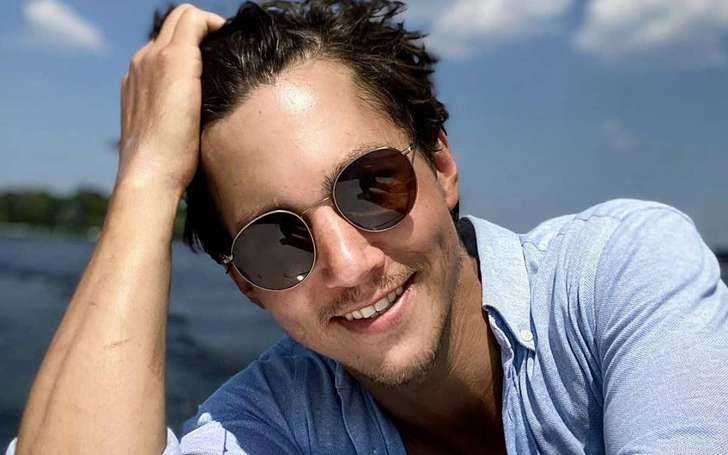 Tim Oliver Schultz has won over the hearts of young, old, and everyone in between. With his hypnotic jawline, amazing smile, and chiseled body, the actor is one of Germany's most recognizable stars. Now, with Elektro Man in Freaks: You're One of Us, the actor is ready to woo the worldwide audience.

At age 32, Tim Oliver Schultz is a veteran of the movie and TV industry, having started his career before the start of the new decade. If you have seen the actor in any film by now, you know that experience shows on the screen, but he is also down to a little experimentation even after two decades in the industry. So, here are five quick facts know about the German actor.

Tim Oliver Schultz Plays Elektro Man in the Netflix Movie Freaks: You're One of Us

Freaks: You're One of Us is a new Netflix movie coming to the streaming platform. The film is another German-language programming from Netflix. How to Sell Drugs Online Fast was a massive hit, Dark is an international juggernaut, and Biohackers is holding its own. It seems Netflix is only going to invest more in German programs.

The new Netflix film follows Wendy, a fry-cook working in a diner, trying to make ends meet and raise a son. One day Wendy meets a homeless man who tells her that she has powers, and there are others like her. As she comes to terms with her powers, she also comes in contact with nefarious characters looking to experiment on people like her. Tim Oliver Schultz plays Elektro Man in the Netflix movie. Elektro Man is the superhero moniker used by Tim's character in the film. Elektro Man is able to produce electricity from his body and considers himself to be a superhero. But Elektro Man doesn't know the threats coming their which will take all the Freaks to fight and hold back.

Netflix is releasing the new German movie on 2 September 2020. Freaks: You're One of Us cast is lead by Cornelia Groschel as Wendy, Tim Oliver Schultz as Elektro Man, Wotan Wilke Möhring as a Homeless man, with Nina Kunzendorf, Frederic Linkemann, Finnlay Berger, Gisa Flake, Ralph Herforth, and Thelma Buabeng appearing in various roles as supporting cast in the film.

Tim Oliver Schultz was born on 22 July 1988 in Berlin, Germany. He was one of four children of his parents. Coming from a upper-middle-class family, Tim's father was a lung disease specialist. His parents divorced when he was only 12 years old, the same time when he got interested in acting.

It was a full childhood for the actor who grew up alongside his three siblings. His parents' divorce must have been hard on all the kids, especially at such a young age. Still, he turned his focus towards acting and found his calling before he was even in his teen years.

There are many different ways actors find their way into show business. Some struggle for a small part all their lives while others lave luck to go along with their talent. Tim Oliver Schultz was talented from a young age, but it was a chance audition that led to the actor's discovery.

Tim was only 11 years old when one of his mother's friends encouraged her to send him for an audition. A good looking kid, Tim made an impression, and less than a year later, he was in the scope of Berlin casting agents. It did not take long after that for the young actor to start appearing in movies and TV shows. Twenty years later and he is showing no signs of stopping any time soon.

Awarded and Beloved - Tim Oliver Schultz Has Both Boxes Ticked

Whether it is romance movies or action flicks, there is little that is left to do in the long career of Tim Oliver Schultz. And through his various characters and transformations, the actor has collected a steady stream of fans who follow every actor's move.

But adoration of fans is not the only thing going for Tim in his career. He has also been awarded multiple times for his performances in various hit German movies. Recently he won the Akansia Shootingstar-Award for his performance in 2018, and it appears the actor has it all, the love of hundreds of thousands of fans and the respect of his peers.

Tim Oliver Schultz Has a Massive Following on Social Media Before he was Elektro Man in Freaks: You're One of Us, the actor appeared in many fan-favorite TV shows and movies, which has allowed his social media following to balloon over time. The actor has more than 200,000 followers on the image-sharing platform, and Tim uses his page to update his fans frequently.

The most recent picture on the actor's page shows Tim on the beach with his shirt off, showing off his gym body. He seems to be having fun, and his fans are also having fun on the comment section.

Get to Know your favorite celebrities with and Explore other exciting topics with Celebs In-depth.