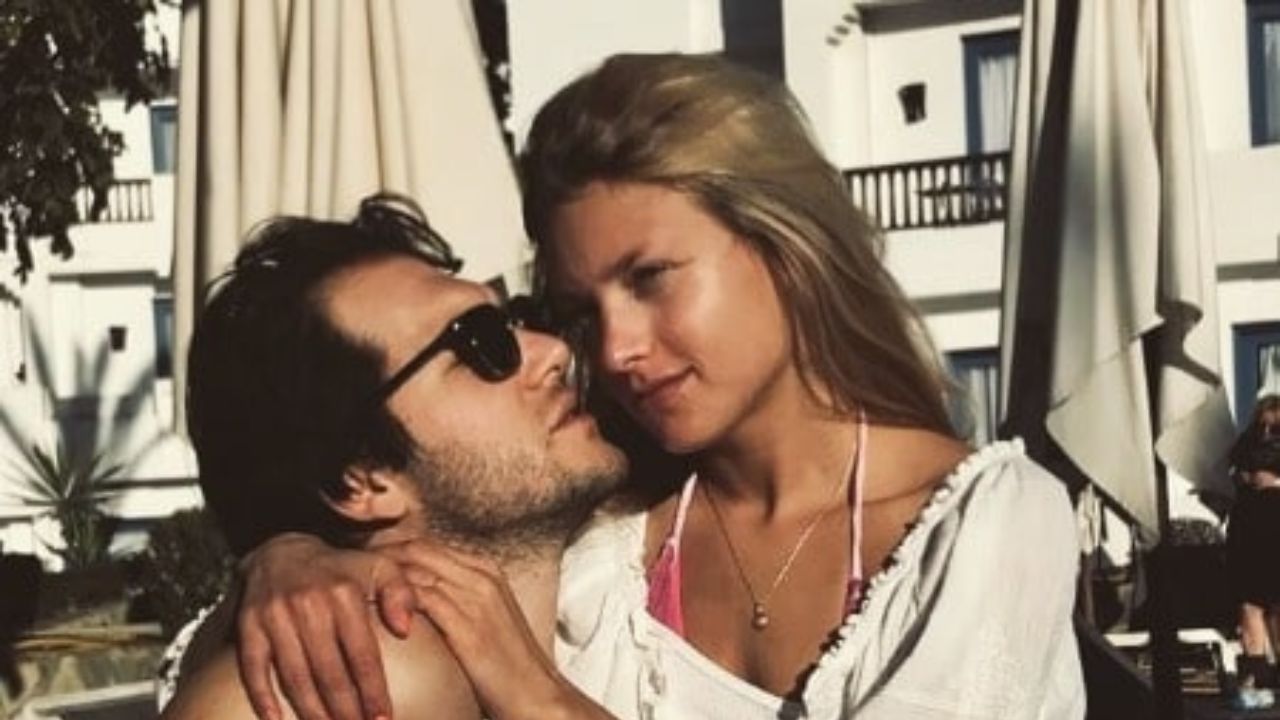 Jeff WilBusch, one of the cast members of Netflix's Keep Breathing, does not have a wife as he has never been married as of 2022. However, the 34-year-old actor is currently dating his girlfriend, Anna Platen, and seems to be in a committed relationship as they have been dating since 2015. Let's have a complete breakdown of their relationship timeline.

Iftach Wilbuschewitz mostly known as Jeff Wilbusch (born on 14 November 1987) is an Israeli-German actor who first rose to prominence in 2016 after appearing in the television series For heaven's sake.

Jeff majored in economics and graduated from the University of Amsterdam with a master's in international economics in 2011. After earning his graduate degree, he relocated to Munich and continued his theater studies there at the Otto Falckenberg School of the Performing Arts.

Talking about Jeff's career, Jeff portrayed Noah Weisz in the German-Luxembourgish television series Bad Banks in 2018 and Anton Mesterbein in the BBC-AMC drama The Little Drummer Girl. He played Moishe Lefkovitch in the German-American Netflix original drama Unorthodox in the year 2020 for which he gained international fame. He also played Uri Savir in the HBO film Oslo, which was released in 2021.

Netflix's limited survival drama series, Keep Breathing was recently released on July 28, 2022. After the release of the series, the viewers want to know every single detail about Jeff Wilbusch, including his wife in 2022. Well, here's everything we have on Jeff's wife as of 2o22!

Previously, we touched on the relationship details of Austin Stowell, Lucy Hale, and Pete Williams.

Jeff Wilbusch’s Wife in 2022: The Keep Breathing’s Cast Is Currently Dating Anna Platen but Is Yet to Get Married; Their Relationship Timeline Explored!

Jeff Wilbusch, one of the cast members of Netflix's Keep Breathing, does not have a wife. The 34-year-old actor is currently dating his girlfriend, Anna Platen (@annaaplaten), and the two are now in a committed relationship. However, the couple is yet to get married.

Jeff Wilbusch (@jeff_wilbusch) and his partner Anna Platen are six years apart in age. On April 15, 1995, Anna was born in Dormagen, North Rhine-Westphalia, Germany. Additionally, Jeff posts wonderful pictures of his wife on social media. Together, they appear wonderful. The couple shares both pleasant and terrible vibes while cohabitating contentedly.

When the couple was still enrolled in the same institution, they apparently began dating in March 2015. She has 15 acting critics on her IMDB, including those who have commended her for her performances as Paula in Para - We Are King (2021), Jessy Rainer in For Heaven's Sake (2021), and Eva Ziehnagel in Dawn Breaks Behind the Eyes (2021).

Due to the length of the couple's relationship and the fact that they don't hesitate to publish one other's images on social media, viewers could believe that the couple is married, but this is untrue. Nowadays, many people want to keep their relationship status private, mainly celebrities, however, this was not the case for Jeff and Anna.

The couple was not shy to post photos of each other on their social media accounts. Perhaps, as a result, rumors of the couple's marriage began to circulate. On January 17, 2020, Jeff even uploaded a lovely photo of himself and Anna to Instagram without adding any captions.

In addition, Jeff Wilbusch communicates with Anna's significant other via websites that provide entertainment. They look fantastic when together. The couple is enjoying their time together and exchanging both positive and negative emotions.

So, in conclusion, even though Jeff Wilbusch and his to-be-wife have been dating since March 2015 and are currently in a serious relationship, they have not yet tied the knot. As of 2022, the couple is still dating and is quite content with one another.

Keep Breathing, a recent Netflix limited series survival drama premiered on July 28, 2022. Jeff WilBusch is one of the main cast members of the show and he has appeared as Danny in it.

The first six-episode of Netflix's limited survival drama series, Keep Breathing aired on July 28, 2022. In the new Netflix survival drama, Keep Breathing, New York attorney Liv, which is portrayed by Melissa Barrera (@melissabarreram), makes an attempt to flee into the wilderness after her plane crashes.

As the sole survivor of a minor plane crash in the Canadian wilderness, Liv must combat the environment and her inner demons. Flashbacks show Liv's traumatic history and the inspiration behind her quest as she struggles to find food, fire, water, and shelter in the woods.

We learn from flashbacks that Liv and Danny which is portrayed by Jeff, a lawyer who works at the same firm, clicked right away and got romantically involved.