Joel Oulette Girlfriend - Jared from Trickster is Dating His GF Joel Oulette is a Canadian actor from the Red River Metis nations. He is an 18-year-old indigenous actor from Alberta, Canada, and appears in The CW show Trickster as Jared, an indigenous teen. Joel is a handsome young man who made history on the CBC show, he is currently dating his girlfriend, and living in Canada.

After finishing high school Joel was applying to Home Depot for a job, and just before that he send a solo audition tape to the casting directors of Trickster. Before he got a job at Home Depot, the actor was flown to a live audition and soon he got the role of Jared.

It is important to note that there are not many indigenous leading actors currently working in the movie and TV industry. Joel made history with his appearance on the CBC show and he is certain to have a great career moving forward. So, you should know about the actor and the beautiful girlfriend he is dating currently.

Joel Oulette Girlfriend - In Relationship for Over a Year 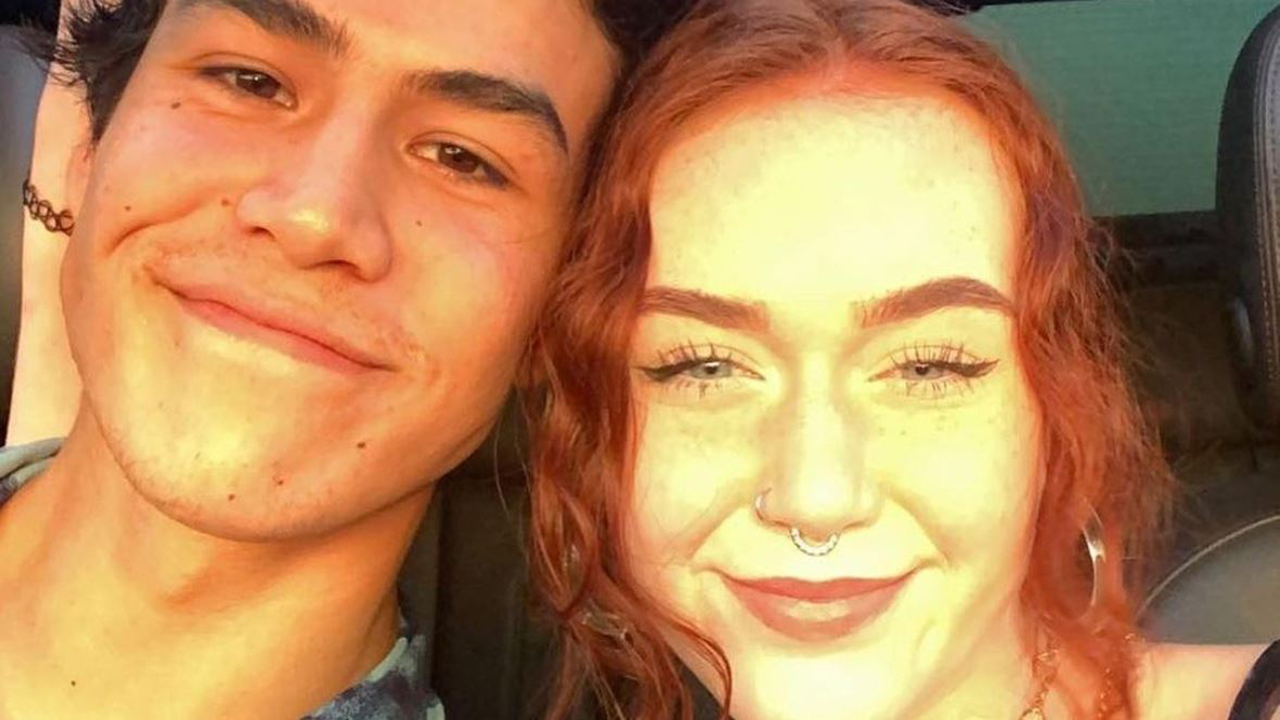 Joel Oulette is dating his girlfriend Mary McNab, they have been together for more than a year.
Image Source: Joel Oulette Instagram

Joel Oulette rose to national fame with his appearance in the CBC series Trickster. Soon, he will be known among a wider fanbase stemming from the show being picked up by The CW network. The channel is known for its teen-themed content and Trickster fits right in that mold.

The fame and attention will also bring eyeballs towards the young actor and his personal life. So, for those interested, Joel Oulette is currently dating his girlfriend Mary McNab. The couple has been together for more than a year and you can find multiple pictures of the duo on their Instagram pages.

Joel and his girlfriend Mary have a fun relationship. They are both fans of pop-culture and especially superheroes. You will find multiple videos of the couple doing goofy things with lego dolls of superheroes. It is important to have a friendship in a relationship, that way people can be themselves around the person they love.

The lovely couple also has a picture of them dressing up as characters from the hit Al Pacino movie Scarface. Joel is dressed as Tony Montana and Mary is seen wearing a black dress with blonde hair.

We are not certain when the relationship between Joel and his girlfriend Mary started. There are pictures from over a year ago on Mary's Instagram but still, the exact date is unknown. We know for certain they are still dating, Joel and Mary's bio on Instagram gives that much away.

Trickster is the new CBC shows from Canada and The CW got the rights to show the series on their channel. The story follows a young indigenous boy who is battling familial issues while also being riddled with memories and visions of unearthly things.

Joel Oulette plays Jared in Trickster. Jared is a responsible teenager who takes on the burden of his mother's drug loan. When Jared's mother cannot pay the loan, he tries to scrounge up whatever he can to help his mother. But things take a darker turn when body snatchers, doppelgangers, and other supernatural beings riddle Jared's life.

The show is based on a book of the same name and according to CBC, it follows, "Jared, an Indigenous teenager trying to keep his dysfunctional family afloat with his after-school job and by selling ecstasy. When Jared starts having visions — of talking ravens and doppelgangers — he discovers his family's ties to magic."

The show premiered in September 2020 inside Canada while American audiences will be able to see Trickster on The CW on 12 January 2021. With only six episodes in the series, it will be a quick start to supernatural shows for The CW.