At the age of eight, Silvia Hoeks took the stage for the first time in a plat set up by her school, and it was the first brush with acting in her life. But the thing is, this one performance resulted in the future celebrated actress to take up acting as her profession. With every song and line of dialogue in the play, eight-year-old Silvia was getting more and more resolute in her desire to become an actress, and now she is playing the antagonist, Queen Kane, in one of the most ambitious and expensive shows in history, SEE. 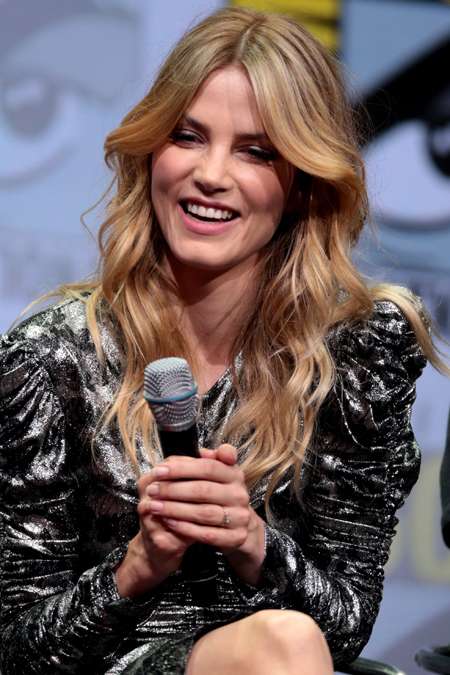 Sylvia Hoeks was born on 1 June 1983 to her loving parents in Maarheeze, Noord-Brabant, Netherlands. From a young age, she was introverted, always keeping to herself and sitting at the end of the classroom and in her own words, “very dreamy”. But after her first play, letting the stage take her and feeling the liberation it offered, acting was the one thing she always wanted to do.

Acting on stage liberated her, and she wanted to feel the same way for the rest of her life, which is why when a modeling company scouted her at the age of 14, the actress got her first foot in the sprawling industry of showbiz. While she was working, Sylvia also separated her time between modeling, acting and school. She graduated from her high school and then moved on to Maastricht Academy of Dramatic Arts where she honed her acting skills and then made her formal appearance on the movie industry with her debut film Staatsgevaarlijk releasing in 2005.

Watch: The trailer for the movie Duska which resulted in Sylvia winning the best actress award

Since the first career role, she’s appeared in more than 30 movies and TV shows, and most of them came in the Dutch Film Industry. But her first major breakthrough was in the Jos Stelling‘s movie Duska which allowed the actress to get the Golden Calf Award which is what Oscar is to America. After achieving both critical and commercial success in the Dutch Film Industry, there was a new challenge waiting for the actress, Hollywood.

The most prominent role she received after trying to move to Hollywood was in the movie Blade Runner 2049 which was a sequel to the cult classic 1982 movie Blade Runner starring Harrison Ford. In the movie, she was hired to play the character of Luv, who is the enforcer of Niander Wallace, and this character was her breakthrough role in the world’s largest movie market.

Watch: The clip of the fight between ‘K’ and ‘Luv’ during the final fight of ‘Blade Runner 2049’

Sylvia was also hired to play the character of Camilla Salander in the 2018 movie The Girl in the Spider’s Web which led to the hiring for the biggest role in her career.

Sylvia Hoeks is going to play the character of ‘Queen Kane’ in the upcoming series ‘SEE.’
Source: YouTube

For an unknown reason, or yet unclear reason, human beings lost the ability of sight some 600 years ago. People made stories; they said it was God’s way of punishing the sinful humans for their atrocities to the land. There was no reason to believe it wasn’t God who took the sights of humans, and in a way, the sightless humans controlled the population and saved the earth.

Now there are remnants of past, things which used to be but are covered by nature. Everything changes when the two kids are born, two little twin babies who are born with the ability to see. This is not something everyone sees as a blessing, and one of the people who are not okay with the return of the “curse” of sight is Queen Kane, played by Sylvia. The Queen does not want the curse of sight back on earth, which is why she sends her people to get the two kids.

Watch: The trailer for the first season of ‘SEE’ coming to Apple TV+ on 1 November 2019

The parents of the children and their tribe are not willing to let anything happen to the kids, which results in the two parties going to war. Paris, played by Alfre Woodard, Maghra, played by Hera Hilmar, and Baba Voss, played by Jason Momoa, is doing whatever it takes to protect the kids and prevent the blessing of sight disappearing from the face of the earth again and letting Queen Kane get to his children.

Sylvia Hoeks and Boaz Kroon, Their Relationship, Are They Married? 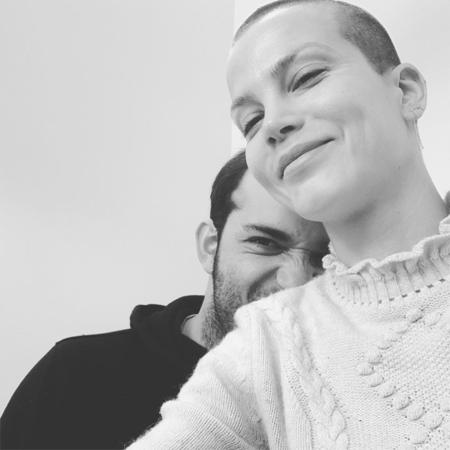 Boaz Kroon and Sylvia Hoeks are in a relationship.
Source: Instagram @sylviahoeks

Through all of her success and the rise to stardom with the ballooning of her career, there’s one thing in her life which is a constant for almost eight years, the relationship she shares with her boyfriend, Boaz Kroon. The couple met in 2012, and it was a quick love at first sight moment, which resulted in the cute couple starting a relationship. The love between the two began on 11 March 2012, well, maybe the love blossomed a little earlier, but the two celebrate their anniversary on the date.

Sylvia keeps moving for her work, and considering the fact she just disappeared in the wilderness of America for eight months to shoot SEE; it must’ve been hard for the couple. But this was not the first time she needed to go on a shoot over a long period of time; though the thing is, true love always finds a way. They persevered, and now they are on the cusp of being together for eight years. They are in a relationship, and nothing more is confirmed about the couple with the two seemingly playing everything close to the chest. But we’ve seen the actress wear a wedding band on her ring finger multiple times and we even confirmed it was not for a movie part. Over multiple years we’ve seen her wear a ring and not only her, but Boaz is also seen in one of the pictures to be sporting a wedding band.

Sylvia never said she is married, which only leads to one thing; they are most probably engaged and on the cusp of saying their vows and committing to each other for eternity. Boaz and Sylvia is a beautiful couple, and we want to see the actress walk down the aisle and hold Boaz’s hand, then get married in front of their loved ones if they aren’t married already. Whatever the case, we want nothing but the best for the couple and their lives moving forward.