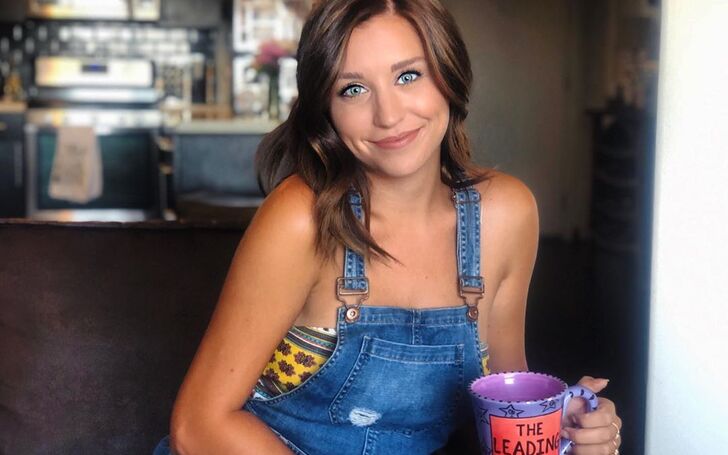 Based in Los Angeles, the actress earned a BFA in Acting from Ithaca College. She is now set to leave her mark with the brand new FX comedy Dave (2020).

Taylor Misiak plays one of the leading roles as Ally on the FX comedy Dave starring Lil Dicky (aka Dave Burd). Directed by Greg Mottola and written by Dave Burd and Jeff Schaffer, the story is based on the life of rapper and comedian Lil Dicky.

The semi-autobiography of Lil Dicky revolves around a rising rapper, who believes he is destined to achieve greatness as a hip hop star. In a statement released by FX, Dave Burd said:

As per IMDb, the plot reads: “A neurotic mid 20’s suburbanite’s convinced he’s destined to be one of the greatest rappers of all time. Now he’s got to prove it to everyone else. Yawn.” It’s unclear when the couple began dating, but they couldn’t be in a more blissful relationship, as evident on their social media.

The actress often takes to Instagram to post adorable pictures of the duo. Talking a more in-depth look into their social activity, the lovebirds often go traveling and love getting goofy alongside each other. Taylor and her boyfriend even share a pet named Fredo, a mixed breed puppy, primarily American Pit Bull Terrier. During the holiday seasons in December 2019, Taylor Misiak shared beautiful snaps alongside her partner from their vacation in Havana, Cuba.

This wonderful pair couldn’t look more adorable while they enjoy incredible fun in their dating life. Do check out Taylor’s Instagram for more beautiful relationship goals.

What is Taylor Misiak’s Net Worth? Taylor Misiak's net worth is estimated to be $1.5 million.
Source: Misiak Instagram

Taylor Misiak made her acting debut with a minor role in a short movie Girl. A couple of years later, she featured a single episode as Taylor on Social Media Misfits (2013). The following year, she appeared as Savannah on Five Hours (2014).

Watch: Taylor Misiak on what it's been like working with Lil Dicky over the years

The actress enjoyed a recurring role as Zoe for eight episodes in the comedy series We Are CVNTS (2018). The same year, she featured for a couple of episodes each in American mockumentary American Vandal (2018) and American comedy I Feel Bad (2018).

Taylor Misiak’s net worth is estimated at $1.5 million.