The Healing Powers of Dude Season 2 on Netflix – What Can We Expect? 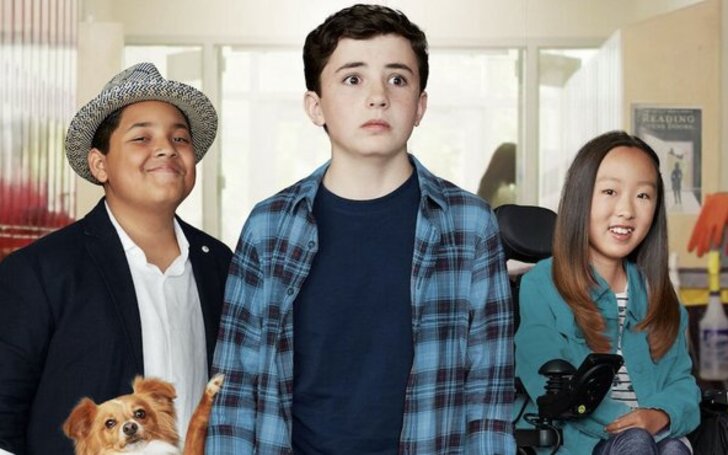 Will there be The Healing Powers of Dude season 2 on Netflix? This is one question swarming the mind of the fans upon completing the wonderful first season of the Netflix comedy series.

At Roosevelt Middle School, Noah bumps into a couple of friends – Amara (Sophie Jaewon Kim), a smart, disabled wheelchair girl, and Simon (Mauricio Lara), an extroverted guy. Noah, along with Dude, Amara, and Simon, goes through several adventures in their daily life as they try to tackle their collective anxieties.

Dude the dog’s monologues, is undoubtedly the most fun aspect of the series. Likewise, Noah's visions, when dealing with uncomfortable social situations, make for fun viewing in this family-friendly sitcom.

The Healing Powers of Dude concludes with the three friends facing their social insecurities in a musical event led by Amara. Noah, Amara, and Simon successfully nail the event and couldn’t be happier. However, their joy is cut short as Dude the dog gets banned from entering the school premise by Principal Myers (Peter Benson).

Will The Healing Powers of Dude Get Renewed by Netflix for Season 2? When Shall be the Release Date? The Healing Powers of Dude season 2 hangs in the balance.
Source: Kid Screen

So far, there’s been no confirmation on whether The Healing Powers of Dude receives the green light for season 2. The decision to renew or cancel will probably be made by Netflix by the beginning of March 2020. This is assuming Netflix usually takes 3 to 6 weeks to announce the renewal following the new release.

The Healing Powers of Dude Season 2 – Where Could the Story Head?

The final episode of The Healing Powers of Dude sees the follow up to the incident at Valerie’s Halloween party, where Noah vomits in front of all the guests, leaving him embarrassed. In the meantime, Noah’s emotional support dog Dude is dancing for a crowd dressed as Chewbacca.

In the heat of the moment, Noah completely loses it and pours his anger at Dude. The pet subsequently gets banished from the home of the Ferris family. However, Dude soon returns home, and Noah couldn’t be happier.

Later, at the Roosevelt Middle School, Noah ends his feud with Amara and Simon, and participates in a musical event along with his buddies, despite their stage fright. They successfully pull off a brilliant performance. However, their joy is short-lived as Principal Meyers makes his presence felt by banning the dog from entering the school compound, leaving Noah and co. shell-shocked.

The Healing Powers of Dude season 2 will likely explore the significance of a pet like Dude. In the meantime, Noah faces an uphill battle of dealing with his social anxiety all by himself during the school hours. Expect it to be brief, though, because you can always count on Dude to weasel his way into the Roosevelt Middle School premises to support Noah whatever it takes.

The other intriguing plot that could get explored involves Amara being utterly unaware of Simon crushing on her. The three friends (Noah, Simon, and Amara), along with Valerie, all of them could bring interesting dynamics going into The Healing Powers of Dude season 2.

The majority of the fans appear to be in love with the show. Even for the showrunners, there are several interesting plots to follow into the new season. However, fans await the official announcement of the renewal. Although the signs are positive, there's been no word as of yet. On the bright side, it could only be a matter of time.