Sophie Jaewon Kim is set to become a popular name after getting cast in the Netflix comedy series 'The Healing Powers of Dude' (2020).

Kim was born on 10th July 2006 in Chicago, Illinois. She currently resides in Los Altos, California. Since the age of four, the actress’ been a wheelchair user following her diagnosis of Ullrich Congenital Muscular Dystrophy when she was just two years old.

Sophie Jaewon Kim is portraying the character of Amara, a wheelchair-using friend of Noah Ferris (Jace Chapman), in the Netflix show The Healing Powers of Dude. The American comedy web series premieres on Netflix on 13th January 2020.

Created by Erica Spates and Sam Littenberg-Weisberg, the story follows an 11-year-old boy named Noah Ferris with a social anxiety disorder. After getting homeschooled for years, Noah finally decides to give the middle school a chance and strives to make new friends. For his new journey, he gets an emotional support dog named Dude, who helps him manage his disorder. Do Not Miss: The Healing Powers Of Dude Season 2 On Netflix – What Can We Expect?

Netflix has ordered a total of eight episodes for The Healing Powers of Dude season 1. 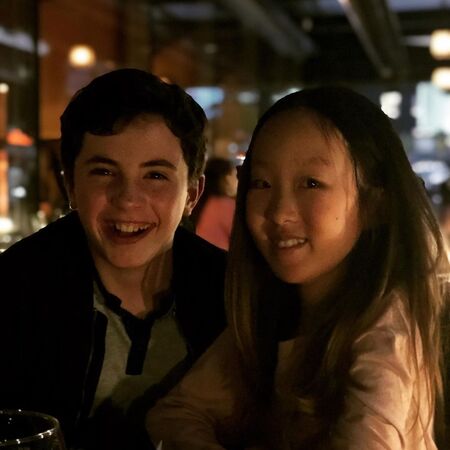 The Netflix series The Healing Powers of Dude is Sophie Jaewon Kim’s first-ever acting credit. With no prior acting experience, the young girl managed to stand herself out in the worldwide casting call by Netflix.

Kim subsequently landed one of the lead roles as Amara in the Netflix comedy series The Healing Powers of Dude. Meanwhile, her co-star in the series, Jace Chapman, couldn’t be in more awe of how brilliant Sophie is. On 8th August 2019, the young actor took to Instagram to shower praises for the Amara actress.

Had the best time EVER chatting with on of my best friends @iamsophiekim! You’re an AMAZING actor, super thoughtful, funny, and ambitious! I’ve completely enjoyed these last months working with you, and hope we work together again soon! You’re STRAIGHT FIRE?#healingpowersofdude #season2 #actors #noahferris

Both Jace Chapman and Sophie Kim look set to become two of the biggest stars in the years to come. The Healing Powers of Dude premieres on Netflix on 13th January 2020.