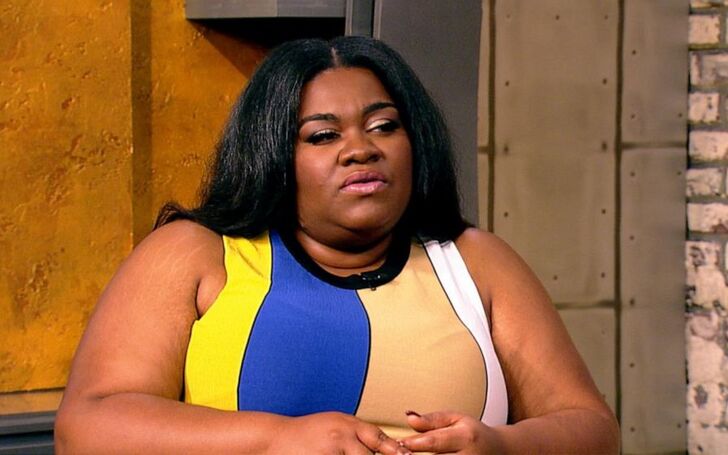 The American actress and singer Da’Vine Joy Randolph was born on 21st May 1986. She was raised in Philadelphia and Hershey, Pennsylvania. Later, she enrolled at Temple University to develop her vocal performance. However, she switched focus to Musical Theatre in her junior year.

Following her graduation from Temple, Da’Vine joined Yale School of Drama, graduating with a Master’s Degree in 2011. In addition, she studied theatre at Interlochen Arts Camp.

Plays the role of Cherise on High Fidelity Hulu (2020)

High Fidelity is an American romantic comedy series inspired by the 2000 movie of the same name. As a matter of fact, the film, written by D. V. DeVincentis, starring Steve Pink, John Cusack, and Scott Rosenberg, was based on Nick Hornby’s novel High Fidelity (1995).

As per Deadline, the plot for the Hulu original High Fidelity reads:

What is Da’Vine Joy Randolph’s Net Worth? When it comes to the small screens, the actress played a recurring role as David Lee’s secretary, Margie, in an American legal and political drama The Good Wife (2012). Two years later, she landed a recurring role as Charmonique Whitaker in a romantic comedy Selfie (2014). The following year, Da’Vine voiced the character of Christine in an animated series The Mr. Peabody & Sherman Show (2015-present).

In 2016-17, Randolph played a recurring role as Yvonne Watson for 20 episodes in a science fiction comedy, People of Earth. This was followed by the character of Poundcake for seven episodes in a musical drama Empire (2017-18).

Does Da’Vine Joy Randolph Have a Husband? Da’Vine Joy Randolph appears to be single. Although fans are curious to learn about her husband, there are no records of her marital status in the public domain. Moreover, her social media, in particular, Instagram, provides no clue of her relationship endeavors.

As a matter of fact, the actress is yet to spill the beans regarding her dating life. Although she could be dating a boyfriend or even married to a husband in secret, we’re bound to assume she’s single for now.

Directed by Craig Brewer, Dolemite Is My Name is an American biographical film starring Eddie Murphy in the role of a real-life film producer Rudy Rae Moore. As per IMDb, the plot reads: Dolemite Is My Name released on Netflix on 25th October 2019.