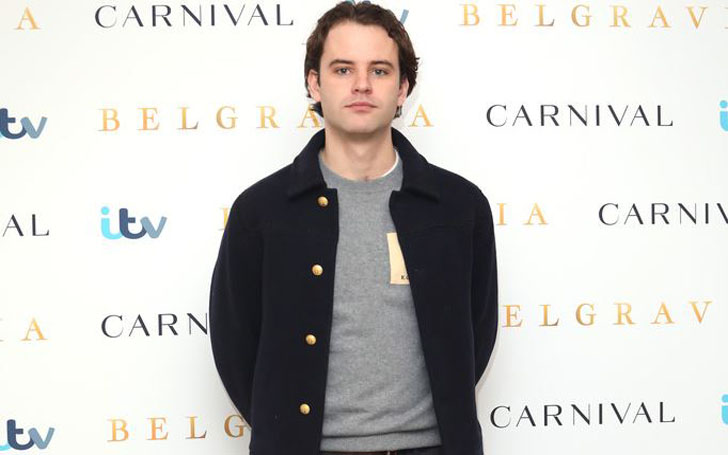 Jack Bardoe was in the third year of his education, learning to be an actor when he started to audition for roles in movies and TV shows. One of the first shows he went to audition was for the new Julian Fellowes series on ITV called Belgravia. He was handed the role of one of the leading performers in the series, and here he is, over a year later, playing a pivotal role in Fellowes’ follow up to the critically acclaimed and beloved series Downton Abbey.

The first time actor was born and raised in the UK, where he also attended school and found his love for acting at an early age. After finishing high school, Jack knew enrolled in acting school to develop skills to be able to perform on stage and in front of the camera. Jack Bardoe is a British actor who trained on stage and is appearing in his first on-screen role.
Source: RADA

Jack Bardoe is a theatre trained actor who appeared in multiple stage plays before he got his first on-camera role. During his training period, Jack appeared in eight different plays and playing different characters. So, when he appeared for the audition of Belgravia, the actor was well trained in what he needed to do to impress, now, he is getting his chance to shine in an international series.

Belgravia is a historical drama by the producers of Downton Abbey and is based on the rise of the exclusive Belgravia neighborhood in London. The series starts out two nights before the battle between the UK and France, at Waterloo, at a ball where the prominent members of the society came to the party. But the party also becomes the site of a secret which ropes in the fates of two families and their future in the community.

James and Anne Trenchard, played by Philip Glenister and Tamsin Greig, attended the ball with their daughter Sophia Trenchard, played by Emily Reid. The Earl and Countess of Brockenhurst, played by Tom Wilkinson and Harriet Walter, are also at the party with their son Lord Edmund Bellasis, played by Jeremy Neumark Jones. Sophia and Lord Edmund fall in love, and their relationship results in the birth of a son, but after Sophia dies during childbirth and Edmund dies in the field of battle, the Trenchard’s try to hide the kid. Jack Bardoe plays Charles Pope in the ITV/Epix series, he is the son of Sophia and Lord Edmund, but except for the Trenchard’s no, one knows of this fact, until Anne Trenchard decides to tell the Countess of Brockenhurst about her grandson. This sets off a chain of events, which threatens the standing of the Trenchard’s in the society and also the claim of people looking to benefit from the heirless Earl and Countess Brockenhurst.

But there is also some romance going on during all these events with Charles falling in love with Lady Maria Grey, played by Ella Purnell. Maria is set to be married off to John Bellasis, played by Adam James, who is the nephew of the Earl. This further complicates the relationship between Charles and Maria, with Charles thinking his standing in society would not afford him the right to ask her hand in marriage.

Jack Bardoe’s character is a nice man, someone who is upfront and always sees good in others, but in the world of deceit and lies, will the love between Charles and Maria survive? Find out when Belgravia premiers in the United States on 12 April 2020, only on Epix. After finishing high school, Jack Bardoe enrolled for a RADA foundation course in 2014. The course lasted for a year, and he followed it up with enrolling in the Bachelor’s program at the school. From 2015 he started his training and education at the Royal Academy of Dramatic Arts and graduated in 2019 with BA in Acting degree.

While in the school, Jack Bardoe appeared in numerous plays and was also awarded in 2018 for his on-stage combat ability. Before graduating, the actor appeared in A Midsummer Night’s Dream, playing the role of Thisbe and played Mr. Bingley and Mr. Collins in the stage adaptation of Pride and Prejudice. He also starred as Lieutenant Yolland in the play Translations by the National Theatre Company.

Social Media Presence - Is Jack Bardoe in a Relationship? When it comes to using social media to be closer to his fans, Jack Bardoe seems to be fine being anonymous. We scoured the internet, and there was no sign of an Instagram profile or even a Twitter account. The actor seems to be fine staying away from the hub-bub of social media, but if his career keeps on the current trajectory, then there is little doubt he will start an Instagram account, even if it is just to promote his new project.

The same is true about the relationship status of Jack Bardoe; he seems to single at the moment. There are definitely going to be some girls crushing on the handsome actor, but it seems Jack Bardoe is focused on furthering his career, which is currently still in its infancy.