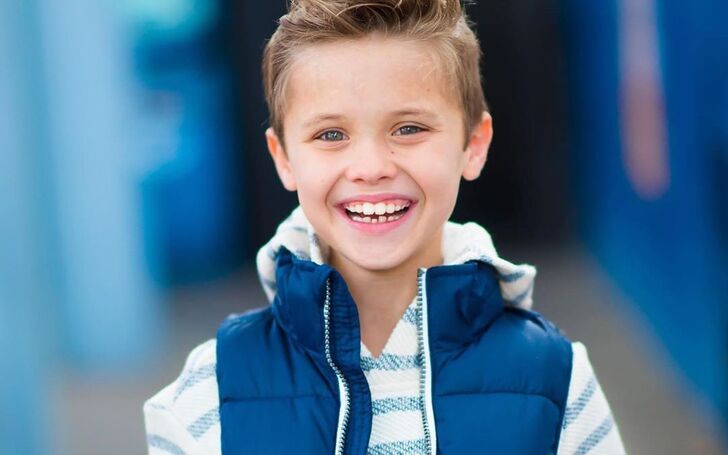 There's limited information about Jack Stanton's parents, family, and siblings, although he often takes to Instagram to share pictures with his mother and sisters.

Jack Stanton Career So Far - What's His Net Worth? Jack Stanton's net worth is estimated to be $10,000.
Source: Jack Stanton Instagram (@mrjackstanton)

Jack Stanton made his screen debut with a recurring role of Ben Pemberton in the American sitcom The Mick (2017-18), for 37 episodes. This was followed by the role of Darby for a single episode on Coop and Cami Ask the World (2018).

During a live show of Walt Disney World’s “Once Upon a Time,” the child actor voiced the character of Chip.

Earlier, the young actor featured on the TV Special Teen Choice Awards in 2017. Currently, he is set to make his movie debut as Dan Jr. on Dan the Weatherman (2020).

Created by Lon Zimmet, Outmatched is a multi-camera comedy series starring Jason Biggs and Maggie Lawson. The sitcom is a Thursday night entry and the only live-action situation comedy ordered by Fox for the 2019-20 television season.

As per Fox, the plot reads:

The main cast includes Jason Biggs as Mike, a home contractor along with his wife, Kay, a pit boss at a casino, portrayed by Maggie Lawson. Their kids are played by Ashley Boettcher as Nicole, Connor Kalopsis as Brian, Jack Stanton as Marc, and Oakley Bull as Leila. Jack Stanton's Family Life with His Parents and Siblings The Outmatched star is just gaining fame, so not much infomation is available regarding his family. However, taking a peek into his Instagram, we can notice he's pretty close to his parents and siblings.

The actor's parents are named Amy (mother) and Gary (father). In addition, he's got two older sisters, Emma and Laura. On 2nd October 2019, Amy took to Instagram to wish her son a happy birthday with a sweet caption. She wrote, "Happy birthday to the little guy who has brought me more love than I thought possible. I am grateful for his tender heart and adventurous spirit. ??❤️"

Earlier in May 2019, Jack's mom expressed her delight on her son's success in landing a starring role on the Fox sitcom Outmatched alongside Jason Biggs and Maggie Lawson.

In May 2019, Amy and her husband Gary took the kids on a trip to Pearl Harbor around Memorial Day.

The entire family of five couldn't look more adorable together.