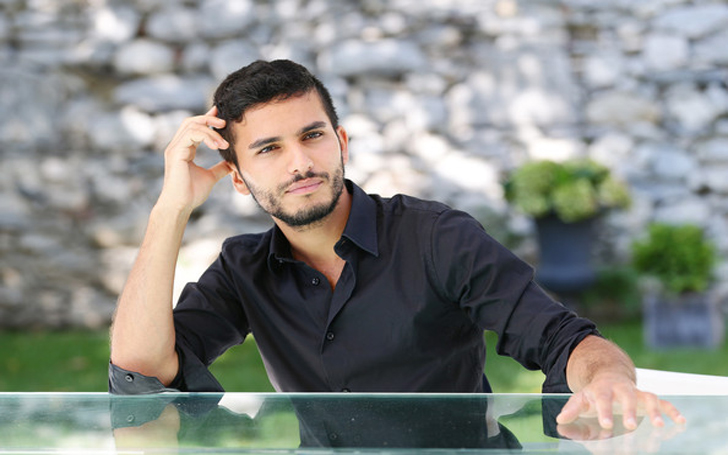 Religion is a hot button topic, over eight billion people on this earth, and each person carries their own belief system, and to question them in their faith is, at best, a shrug and, at worst, a violent confrontation. This the same sliver edge of a knife the new Messiah Netflix series is trying to walk, and Mehdi Dehbi is playing the second coming of Jesus Christ with the character of Al-Masih.

Playing a religious figure is almost never a good idea for an actor because of the immense backlash which follows soon after the movie or show is released. Sometimes it doesn’t even take long for people to be outrage, which they are with the portrayal of Messiah on the Netflix show. It is safe to say Mehdi Dehbi is on a scary path, and there are more assurances this is going bad than chances of it working out for the actor. It was a long journey for Mehdi, from his days as a 16-year-old performer in the early 2000s to now starring in Messiah Netflix series, where he is courting controversy by just being on screen. The actor was born on 5 December 1985 in Liege, Belgium, and shares Tunisian origins, and now the Belgian native is ready to shake the world with Messiah Netflix series.

According to the synopsis for the series, “It chronicles the modern world’s reaction to al-Masih (Dehbi), a man who first appears in the Middle East, creating a groundswell of followers around him claiming he is the Messiah. Is he sent from God, or is he a dangerous fraud bent on dismantling the world’s geopolitical order?”

A mysterious character suddenly appears in the middle east and, through miracles, starts to gain some following as he appears and disappears from place to place, helping people in need. The world of ours is a world built on deception, so every one of the governments is skeptical of the arrival of the Messiah, and the spy agencies, along with surveillance satellites and cameras, try to track each and every move of the Al-Masih. One of the secret agents trying to find the truth is Tomer Sisley's character, Aviram. Stefania LaVie Owen also appears in the show playing Rebecca Iguero.

Mehdi Dehbi plays the character of Al-Masih, and Sayyid El Alami plays his devout follower Jibril, he is surveilled, and the CIA sends their people to find out if the whole thing is a ploy for another terrorist attack. In the series, Al-Masih is even considered to be the next Al-Baghdadi. The skeptic nature of the way we look everyone along with the reaction of what would happen if God walked among us is the topic Messiah Netflix show is trying to play with, this is either going to be good or is going to ruin some people’s career. Fares Landoulsi also appears as another follower of Al Masih, named Samir, in the show.

Mehdi Debhi Started His Acting Career at the Age of 16 Mehdi Dehbi started acting at the age of 16 with a co-starring role.
Source: Wikipedia

While still in school Mehdi Dehbi was hired to play the co-lead in the movie The Murdered Sun, which is the translated title for the film Le Soleil assassiné. The actor was only 16 at the time, and the first brush with acting in a movie was enough to convince young Mehdi he wanted to take up acting as a profession.

Most of his early work was concentrated in the European movie industry where he plied his trade and only transitioned to prominent English movies in 2013 when the actor was hired to play the character of David Rizzio in the film Mary Queen of Scots.

Watch: The trailer for London Has Fallen; Mehdi Dehbi appears in the film

A Most Wanted Man alongside Philip Seymour Hoffman was next, and the actor then moved on to appear in Another South and Lili Rose. But the first major role of his career was in the TV show Tyrant on FX, where he played the character of Abdul in the ten episodes.

The actor also appeared in The Godmother, and then London Has Fallen, where he portrayed the role of Sultan Mansoor. But at the end of the day, the actor will be known for his performance as Al-Masih in Messiah Netflix series. Mehdi Dehbi got his footing in acting by appearing in various stage plays; he even directed one.
Source: IMDb

After the actor was done with his education, he started his career in show business with performances on the stage. The first known play of his career was the William Shakespeare romance epic Romeo and Juliet. The actor appeared in other native production of various popular plays in the next six years period.

But in 2013, the actor was handed the reins to his first production with Mehdi directing The Just Assassins. This was also the time the actor started his transition towards western movies and TV shows. At the end of the day, all of these experiences shaped the actor we see before us today. When most celebrities would not let the amount of attention generated by his work go to waste, Mehdi is one of those actors who likes to be by themselves and stay of the reach of the limelight after his work under it is done. The actor doesn’t even own an Instagram account, and considering his age; he just turned 34; they probably should be a special lady in his life.

The actor never spoke about being romantically involved in a relationship with someone special, and he is also never seen on the red carpet with a girlfriend or his wife (if there is one). According to most reports, the actor is currently single and busy with his hectic work schedule.