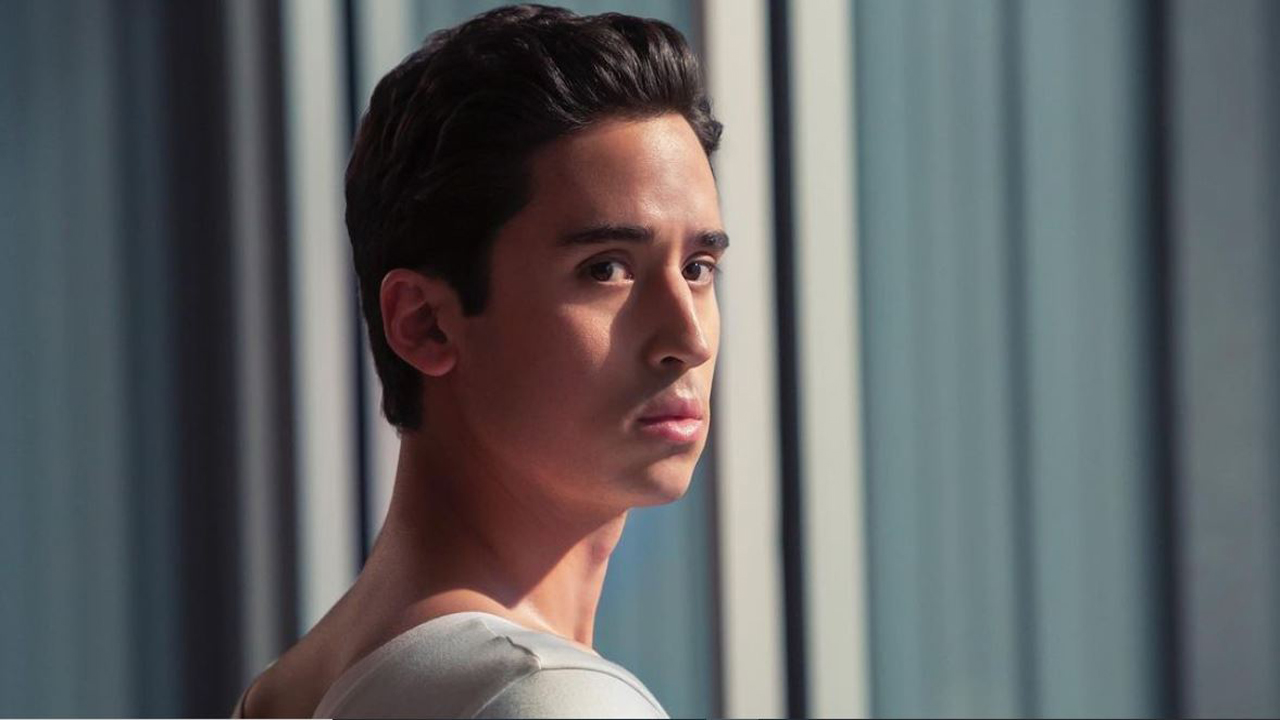 While there is no shortage of good looking men in Netflix series Tiny Pretty Things, Michael Hsu Rosen's Nabil formed a formidable figure in the drama series. Michael is a dancer, proudly gay, and a talented actor, but does he have a boyfriend?

Michael Hsu Rosen is a 28-year-old actor from New York Manhattan. He was born to a mixed-race family. Michael is half Asian and half Jewish. The actor spoke about the importance of growing up in a diverse place like New York which allowed him to "experience the complexity of the world from a very young age."

The actor trained at the School of American Ballet which was a pretty tough experience. He was at the school from 2001-2009 and found fame in 2009 with the role of Chino in the Broadway revival of West Side Story. Stage fame translated to TV opportunity and one of the roles he played resulted in the actor meeting a nice guy. Could he be Michael Hsu Rosen's Boyfriend?

Michael Hsu Rosen Boyfriend - Is the Actor a Taken Man? Michael Hsu Rosen is gay and appears to be dating a boyfriend at the moment.
Image Source: Instagram

Michael came out at the age of 15 and since then he has never hesitated to talk about his sexuality. After success as Chino in West Side Story, the actor was offered other roles and the opportunity to appear on TV presented itself. The actor was offered to appear in HBO's Looking: The Movie.

The actor appeared as the lover of Jimmy, played by Jonathan Groff. Michael's on-screen boyfriend Jimmy was involved in an intimate scene with Rosen. His appearance in the movie and the hot scene on-screen meant some of the fans of the show tried to get overtly handsy with Michael.

He was definitely not comfortable with the closeness of all the people around him and after he got out another boy came over and apologized on behalf of everyone. The mystery man was not associated with the people who were making Michael uncomfortable, still, he showed care.

Michael thought he was cute and the conversation only got better after that. The actor wrote himself that they hit it off but stopped there. He did not mention the name of the person and there is no sign of a special someone on his Instagram page.

Also Read: Hunter Doohan Boyfriend – Adam from Your Honor is Dating His BF

We are not certain who it was Michael hit it off with, but it seems the actor was clearly impressed. While he does talk about his sexuality, the actor is pretty protective about his personal life. So, unless he confirms it, we will just have to wait and see who the person Michael liked so much. We are not certain if the same person became his boyfriend or if they are still dating.

Michael Hsu Rosen Came Out At the Age of 15

After Michael found fame on stage, there were people looking to talk with the up and coming young actor. One of those people was Rossie O'Donnell. Michael came out at the age of 15 and not a single day did he hide his sexuality, so people knew he was gay.

When he was set to appear in Rossie O'Donnell's radio show, promoting West Side Story, he was asked by producers to talk about being gay on Broadway. Michael told them he was not comfortable talking about it but while talking with Rosie he revealed to the actress that she was an inspiration.

Michael said, "I got emotional telling Rosie how moved I was as a teenager watching her on Will & Grace, when she tells Jack, “I’m gay.” It was pretty clear I was saying, “Me, too.” After that, I decided that of course, I can talk about being gay. Why wouldn’t I?"

He has since appeared in gay movies and stage plays. He is not shy about who is and does not pretend to be anything he is not. The reason he put the middle name Hsu in his name was also to not pretend to be someone else. This way he was staying close to his Asian heritage and not surprise casting directors later on.

Nabil is a unique dancer who brings his own style and form. His dancing form and murderous look make him one to watch out for in the group of students. Coming from Malaysia, Nabil does not care about the competition as he knows he is better than everyone else.

Tiny Pretty Things is the new hit Netflix drama series that follows the lives of ballet dancers in Archer School of Ballet. Struggle for top place, competition jealousy, and murder form the plot of the first season of the dance-heavy series.