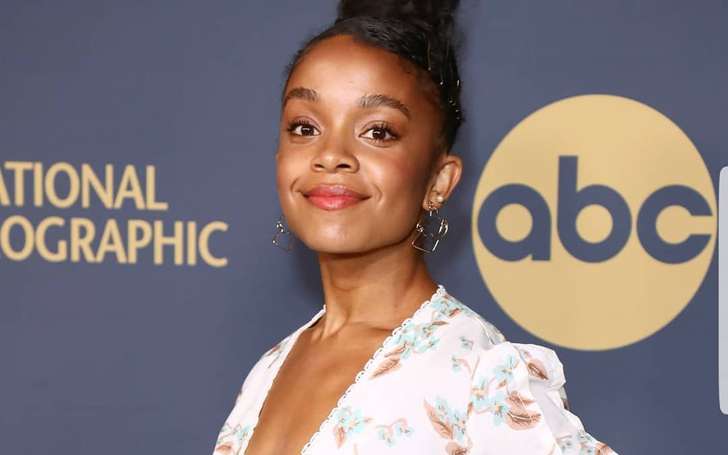 The way This Is Us seeped into the pop-culture of today and made a whole generation fall in love with the characters is nothing short of miraculous. Everyone who worked/works on the show is famous worldwide because of the series, and Rachel Naomi Hilson also felt the outpouring of love when she appeared in a recurring role as teen Beth. A year later, she is making sure her star shines even brighter with supporting roles in the highly anticipated series, Love, Victor.

Rachel Naomi Hilson was born on 30 October 1995 in the United States. She was raised around the New York area, and the actress grew up in a house where her parents emphasized more on extra-curricular activities and less on watching TV. The actress revealed in an interview; her house did not even have a television. So, from a young age, Rachel learned to sing and dance, and it was only natural that she gravitated towards acting as she grew up. 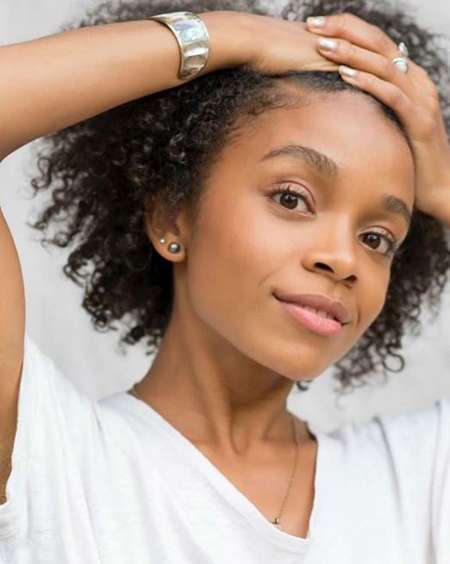 While still in high school, the actress got her first shot at making a career in show business with the acclaimed series The Good Wife. She had a recurring role in the show, and over the next decade, Rachel has managed to establish herself as a solid performer and someone who can carry a bigger load. After years of struggle and hard work, it seems brighter days are ahead for the 24-year-old actress.

Love, Victor is the sequel/based on the beloved and acclaimed movie of 2018 Love, Simon. The film was the first major studio production where teenage gay romance was portrayed in a positive light. Love, Simon made a lot of noise in 2018, and after the box office and critical success of the movie, Disney green light a possible sequel to the film in the series form. This is where Love, Victor, comes in.

The new Hulu series follows Victor Salazar, a new kid in Creekwood High School, who is dealing with moving to a new town and also with inner feelings he does not understand. Victor is also having trouble settling into a new school and make new friends, but things take a huge leap when he starts working at a coffee shop and develops feelings for his co-worker. Victor is gay, and he does not know how to come out to his parents and friends, which makes for the story of Love, Victor. Rachel Naomi Hilson plays Mia in Love, Victor. Mia is the new friend of Victor, and if the trailers are giving anything away, it seems Mia likes Victor. The show seems to carry on the same relationship idea of the movie where Simon’s childhood best friend was attracted to him. Mia and the group of friends around Victor will play an important role in him coming out as gay.

According to Hulu, the new show will be released in its entirety on 17 June 2020. Love, Victor cast includes Michael Cimino as Victor, Ana Ortiz as Isabel, James Martinez as Armando, Isabella Ferreira as Pilar, Mateo Fernandez as Adrian, Rachel Naomi Hilson as Mia, Bebe Wood as Lake, George Sear as Benji, Anthony Turpel as Felix, and Mason Gooding as Andrew, with Nick Robinson narrating the show as Simon Spier. Rachel Naomi Hilson rose to fame with the role of young Beth in This Is Us.
Source: Essence

Rachel Naomi Hilson is the product of the Baltimore School of Arts and New York University, two places where she honed her skills as an actress. She also carried on her desire to become a writer, alongside her acting career. The actress said she wanted to write about the black community and the struggle to embrace mental health as an issue in the community.

The actress also expressed her desire to perform on stage and especially in Shakespearian plays. But the route of her success in show business was in front of the camera. Her first role was playing Nisa Dalmar in the critically acclaimed series The Good Wife. She played the character six more times in the next four years.

After years of playing a guest character in on-off episodes, the actress got her major break in the movie Kings, starring Halle Berry. Though the movie was not well received, the Daniel Craig and Halle Berry starrer movie provided valuable experience and exposure for the actress. This led Rachel to the role of Harmony Curtis in the show Rise and finally, her most recognizable role to date, as teen Beth Clarke in This Is Us. Rachel Naomi Hilson is a private person; there are little to no pictures of her private life on her Instagram page. Her Instagram page has over 16,000 followers, and the actress only posts promotional materials, videos, and pictures of her singing and playing musical instruments. She also has a link to a google doc, which lists some charities and legal funds to help those in need.