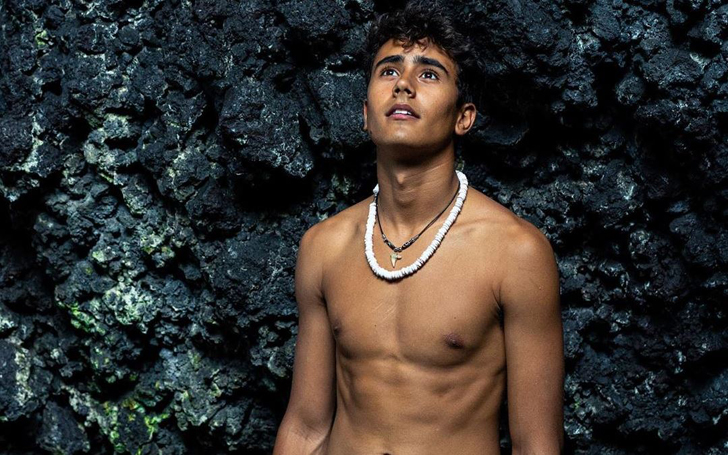 It only takes a single project to propel an up and coming actor to worldwide fame and recognition. With the release of Love, Victor, the name Michael Cimino will be on the lips of teenagers for a long time. Michael started acting professionally about five years ago, starring in a short movie. Five years later, he is set to announce his arrival to the world with the high school romance series Love, Victor.

Michael Cimino was born on 10 November 1999, to his parents, father Philip Cimino and mother Deb Cimino, in the United States, he has a half-sister, Sofia Cimino. The actor is 20 years old, and he is of Puerto Rican descent from his mother's side. Michael wanted to be an actor from a young age, and he had the looks to star in movies and TV shows. He first gave acting a shot in 2015, when he appeared in a short film.

Few months after he turned 18, Michael moved to Los Angeles. In February of 2018, he moved to LA, and less than a year later, he booked a role and finished filming the sequel to Annabelle. All Michael needed was his foot in the door, the actor played small roles in TV shows and movies, then the biggest role of his career, till then, came in the horror flick Annabelle Comes Homes. But his new Hulu romance series is going to put more eyeballs on the actor than the horror movie.

Love, Victor is the new Hulu series based on the critically acclaimed movie Love, Simon, which was released in 2018. Love, Simon was lauded at the time for being the first movie by a major Hollywood studio, which focused on the gay teenage romance. The film was a major box office success and a cultural milestone, which resulted in the spinoff series being green-lit at Disney Plus and later moved to Hulu for pointed reasons.

The new series takes place in the same place, Creekwood High School, as the movie. Love, Victor, focuses on a new student at the school, Victor, who recently moved to a city with his parents and younger sister. He is having trouble fitting in at the school, with the help of friends, he is able to feel at home, but he has trouble coming to terms with his feelings. 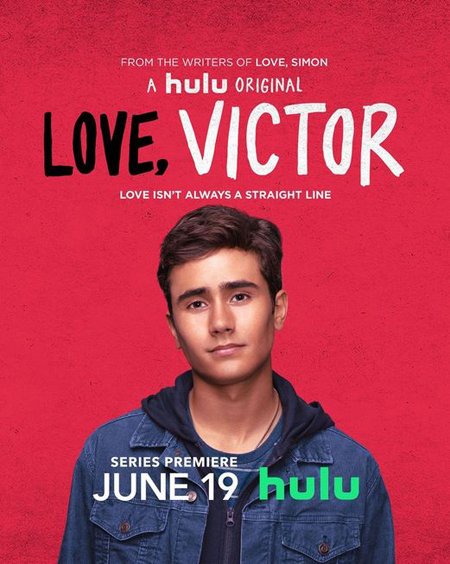 Victor is the new kid in the school, and he is not in touch with his sexuality. He does not understand what he wants and is having trouble reconciling his outer world with his inner feelings. In his time of need, Victor reaches out to Simon, to ask for advice about coming out and how best to navigate being gay in high school. Victor's challenges at home, school, and his sexual orientation make up for the story of the new series.

Michael Cimino started his career in show business with short movie Limitless Potential, released in 2015. He was hired to appear in the pilot episode of the Nickelodeon sitcom Hopefuls, but the pilot was not picked up by the kid’s channel. His first movie role was playing the Young Teijo in the film Shangri-La Suite, which was released in 2016.

In 2017 he played young Sadiq in the TV adaptation of the Oscar-winning movie Training Day. Michael appeared in the single episode of the short-lived series, but there is no substitute to experience from working with talented people. He also appeared in the comedy-reality TV show Walk the Prank from Disney.

But the biggest role of his career came in 2019 when the horror sequel Annabelle Comes Home was released. Michael played Bob Palmeri in the movie, and he was one of the standout performers of the hit movie. He not only appeared in the film, but the actor also sang Everything I Own in the film. So, Michael got to flex his acting and singing muscles in the movie.

Michael Cimino was in a Relationship with His Girlfriend Mava Gomez 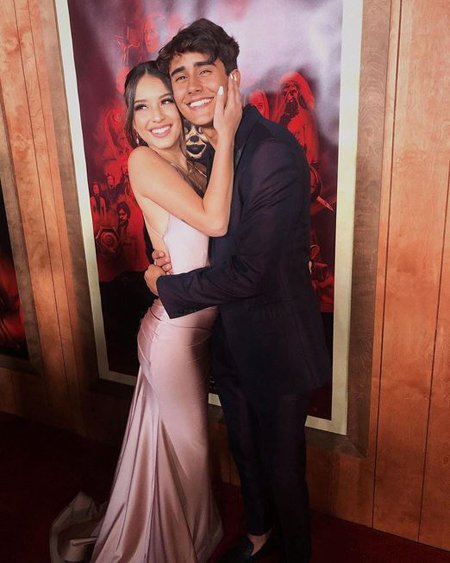 Michael Cimino and his girlfriend Mava Gomez were in a relationship.
Source: Mava Gomez Instagram

Mava Gomez started posting videos on YouTube from 2015, and by 2020 she is pretty famous on the video platform as well as Instagram. Mava Gomez and Michael Cimino started seeing each other around 2018, and at the start of 2019, they popped up together on each other’s Instagram grids. But the last time they posted about each other was in mid-2019; since then, the lovebirds have neither removed their pictures together or talked about their relationship and posted new pictures.

It is unclear if the social media star and the TV/movie star are still dating. But the last picture we have of the two together is from the red carpet of the Annabelle Comes Home premiere. Until they confirm their relationship status, there is no telling if Michael Cimino and his girlfriend Mava Gomez are still dating.