Let’s start by saying Utopia Falls is a weird series, a show which some viewers are finding hard to wrap their hands around. When it comes to dystopian YA shows and movies, there is always a need to suspend your beliefs, but the way Utopia Falls is set up and the whole dance for the prosperity of the "society" thing, this is something new and unique and unbelievable even for a YA series. But still, fans will be looking for Utopia Falls season 2 because of the way the first season ended, massive cliffhanger to say the list.

Utopia Falls is a series about the last remaining people on earth after what the characters on the show described as the great flash. Earth is in ruins and the last civilization who were liberated from undergrounds to the surface of the earth by Gaia. All the remaining humans live under the dome, and every year 24 16-years-old are chosen to perform in the prestigious Exemplar competition. The competition is said to inspire the people and also honor the founder of their civilization, but things are not as fun and dance as it seems.

Watch: The trailer for the first season of Utopia Falls, currently streaming on Hulu

The domed civilization is hiding some secrets, and when the new batch of Exemplar students find The Archive (Snoop Dogg) and the influence of the past comes to clash with the tradition of the present. The battle between the kids and people looking to suppress their need to express themselves is what makes the first season.

But like Moore Times said, if you keep things inside a pressured container for too long, it is going to explode, and the truth about the civilization is about to explode, and a bunch of 16-year-olds will be the reason for it. For people who are yet to finish the first season of Utopia Falls then do so and come back here, because we are diving into HEAVY SPOILERS. For the rest of you, here are some possibilities for what’s to come in Utopia Falls season 2. 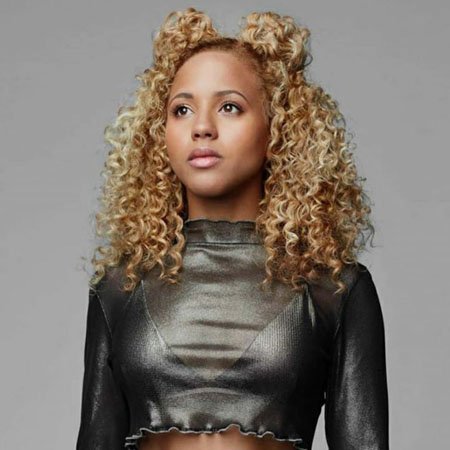 The first few episodes of Utopia Falls were a slugfest, it had a start-stop pace to the whole thing, and the characters were also not so interesting. But starting from the third episode, they really started to come to their own, and we have to say, up until episode eight, the show was a breeze, something we enjoyed even more than we’d hoped to.

The story in the final two episodes was lagging but the performance wise the show was coming to its own. Especially Aliyah, or Aliyah 5, as her designation goes in the series. Played by Robyn Alomar, she was amazing in the show, but her plan to tell the people of New Babyl about the other two cities was a little ill-advised, and the plan as a whole was flawed. 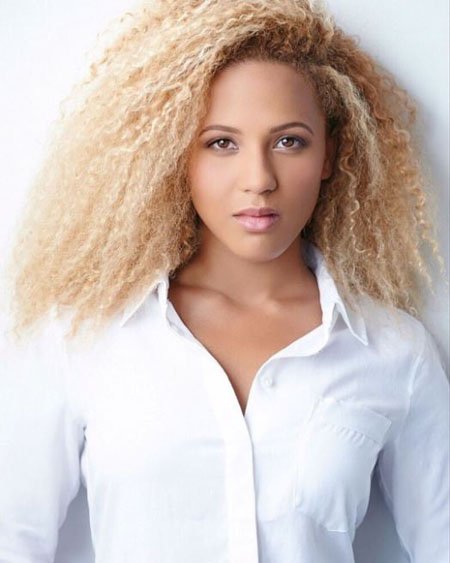 One thing going wrong put the whole team in harm's way, and not only was she captured by the Authority, but her father will also probably suffer an even worse fate. Authority Phydra, played by Kate Drummond, is definitely a menacing villain, and after getting the Chancellor seat in a coupe sanctioned by New Carthage, she is going to bring some pain to the members of the New Rising in Utopia Falls season 2.

In the final moments of the first season of Utopia Falls, Aliyah was caught by the Authority as she was running to make the rendezvous point with other members of the New Rising. But she was caught and sent to prison where the final shot we saw was an Authority member wearing the black scarf on his wrist and letting Aliyah know the word is spreading and they see through the lies. The world beyond the dome awaits for the people of New Babyl in Utopia Falls season 2.
Source: Instagram

Aliyah will most likely be transferred to New Carthage in Utopia Falls season 2, and with some luck and help from the converted New Rising members along with Vice Cartel, she will be able to escape. A whole new world awaits Aliyah, and if Utopia Falls season 2 happens then, she will have a massive part to play in the new rebellion, which is starting to catch on in New Babyl.

The Quest of Bohdi Beyond the Walls of New Babyl Bohdi and his rebellion live on to fight another day, beyond the dome.
Source: Instagram

New Babyl was in line for a revolution, but the revolution was halted when Aliyah’s father was stopped in the bowels of Authority headquarters. What the New Rising wanted the people of New Babyl to see was quelled by the iron fist of Authority, but that doesn’t mean the revolution was canceled, there are still people inside the dome and outside who are actively looking to exploit the chink in the armor of New Babyl.

Sage and Brooklyn, played by Devyn Nekoda and Humberly Gonzalez, are in their Nature sector sanctuary where they will be looking to unite with the New Rising in the quest to overthrow the oppressive regime of New Babyl. Vice Cartel leader Apollo, played by Phillip Lewitski, sent away the members of New Rising with a song, but he will not be giving up on the revolution.

But the biggest hope for the people of New Babyl and the former contestants of the Exemplar is Bohdi, played by Akiel Julien. As the final episode of Utopia Falls was coming to an end, Bohdi is listening to the song coming through the coms as he is waiting near the dome for Aliyah along with Mags and Moore Times, played by Mickeey Nguyen and Dwain Murphy.

When Aliyah does not come, the boys decide to use the shield disrupter and open a path to New Carthage. On the other side, standing and waiting for them was Anna 12, played by Genelle Williams, who is the supposedly dead mother of Aliyah. Anna is the founding member of the New Rising, and she was the one who sent Chapter to Exemplar so Aliyah could find the cache of information before the great flash. The world outside the dome is not as desolate as it seems and Bohdi will find the answers.
Source: Instagram

Bohdi will most likely join the team in New Lazarus, which is said to be a free state, away from the politics of New Carthage and New Babyl. Like Mags said at the end, they will get help and come back for Aliyah and the others, the most likely scenario is the Bohdi regrouping with the others and coming back to New Babyl with a better plan to get the people out of their bubble of lies and reveal to them the true nature of the society around them.

The quest of Bohdi is now of a rebel, a liberator and a freedom fighter, someone who will need to carry the burden of all three and then also be able to reach his friends and get them out of harms way so they can have better tools to battle the regime of New Babyl. Utopia Falls season 2 will definitely shine some light on the new world and how it can help Bohdi and the others to bring down Authority Phydra and the wool she was able to weave over the citizens of New Babyl.

What will Tempo do in Utopia Falls Season 2?

There is something honest and infuriating about the way Tempo, played by Robbie Graham-Kuntz, handles himself. The character is earnest, he is all about following the rules and getting along with the program but as he is selected for the Exemplar and there is a certain gap between what he knows as the traditional way of New Babyl dancing against the hip-hop infused dancing the kids are doing after they discover The Archive.

Tempo does not want to be a snitch, so he lets everyone enjoy The Archive, but he is also not happy about the love of his life, Aliyah, falling for Bohdi. When he sees the two kiss, everything goes out of the window, and Tempo sets fire to The Archive. This results in Bohdi getting arrested by the Authority, and even when Tempo cops to the incident, he is not arrested. Later on, in the show, we all find out that Tempo is the son of Authority Phydra, and she always moved obstacles out of his way so he can have a carefree life. By the end of the first season, we see Phydra pulling strings for her son and making him the champion of the Exemplar, which resulted in him getting a council seat.

Phydra wants her son to rule beside her, but Tempo seems to a changed man, and no matter how much he was scorned by the romance between Bohdi and Aliyah, Tempo does have a good heart. Utopia Falls season 2 will either show the character going bad, but we do not think so, and we expect Tempo playing a part in helping Aliyah get out of prison. But to see all of it, Hulu will need to green light Utopia Falls season 2. Utopia Falls season 2 is yet to be renewed and will likely be released on 14 February 2021.
Source: Instagram

When it comes to Hulu, there’s been a change in the ownership of the streaming platform. Before most of Hollywood, big production companies owned portions of the company, but after the acquisition of Fox, Disney now owns the controlling stake in the company. Most of the series thought to be in production was axed by Disney after they took over Hulu, so the fate of Utopia Falls season 2 seems to be up in the air.

Hulu is not known to cancel shows in the same vein as Netflix sometime does, but just looking at Utopia Falls, the show looks expensive. Yes, the production value is a little on the cheap side, but maintaining a large cast and the sets are definitely going to balloon the expenses. Still, the cliffhanger from the end of the first season opens the show up for a possible season 2.

If Hulu decides to green light Utopia Falls season 2, then most likely, season 2 will probably be released on 14 February 2021. YA dystopian musical drama is how the show is classified, but it is still a romance show, which means Valentine’s time is perfect for the series. But again, everything hinges on whether Hulu green lights Utopia Falls season 2 or not.