Vasek Pospisil Girlfriend - Relationship with His Beautiful GF in 2020 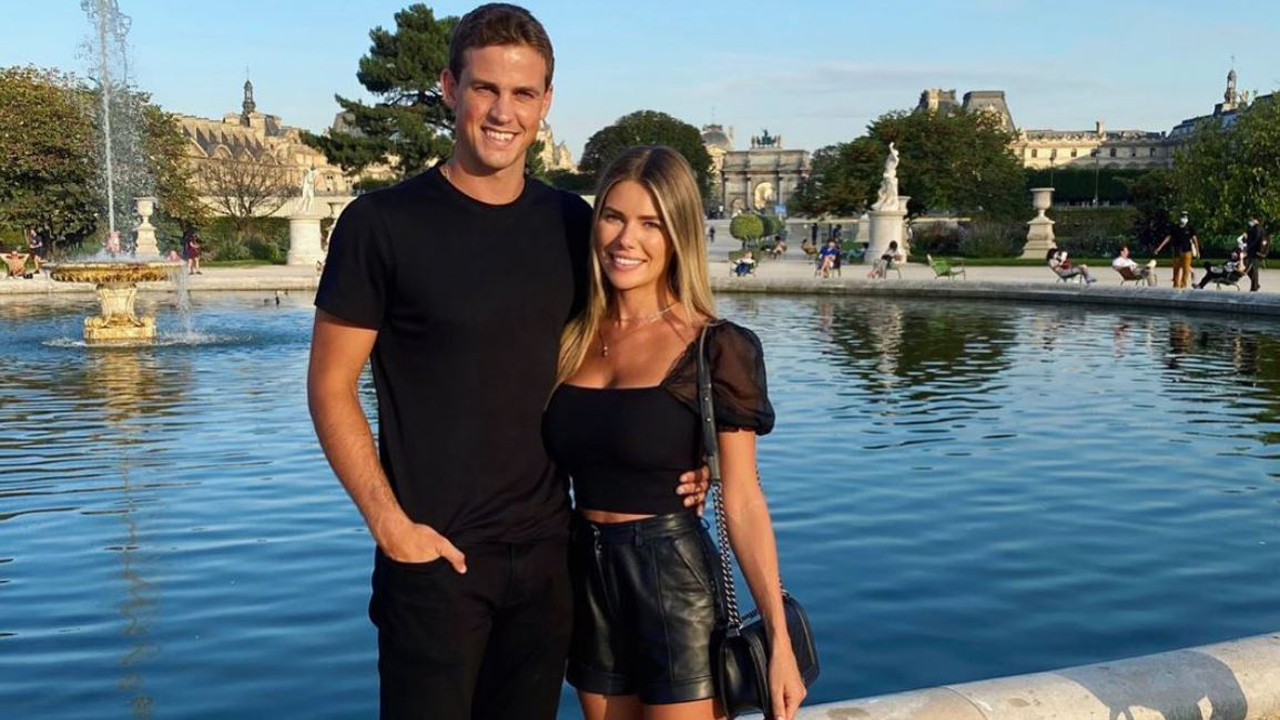 Vasek Pospisil is a Wimbledon doubles champion from Canada. He is one of the top-rated Canadian Men's Tennis player. There is a big following for the player in his home country. And recently he was playing in Vienna Open where he introduced the world to his new girlfriend.

Tennis players' girlfriends and wives garner a lot of attention. When watching a game they can be seen clearly in the stand, unlike NFL or soccer where they are hidden in private family boxes. This results in a lot of lovely moments courtside when players win and reach for their loved ones.

Vasek Pospisil also brought his new girlfriend along when the player entered to play in the Vienna Open. While he was successful in earlier matches, his gf was not able to bring him luck in the third round. So, here is everything you need to know about Vasek Pospisil's new girlfriend. Vasek Pospisil was on his way to Vienna to get ready for his participation in the competition when he took to Instagram showing off his new girlfriend. The player is frugal about his posting on the image-sharing site but he had to share his happiness with his fans.

The former 25th ranked player of the world simply posted a picture, along with his new girlfriend, both of them in all black clothes. The color-coded picture in front of a beautiful fountain came along with a single emoji caption. Vasek seemed happy to announce his new relationship to his 80,000 plus fans on Instagram.

Vasek Pospisil's new girlfriend's name is Lauren Elizah. Her Instagram account is private with close to 5,000 followers. It appears Vasek and Lauren met by chance and here they are, at the end of 2020, starting their romance. There is not much information about Lauren on the internet.

The blonde-haired beauty was wearing all black in the picture with her boyfriend. Even her sandal and bag were black. According to some quick google search, it seems Lauren is from Vancouver. This would lend perfectly to our belief that that the Double's Wimbledon champion met her in the real world instead of how most romances are starting these days.

Before Vasek met his new girlfriend Lauren in 2020, he was in a relationship with Holly Roe a long time ago. Though you will not be able to find her pictures in Vasek's socials, there are numerous images of the two while they were dating in the past.

A 26 years old Vasek was in a relationship with Holly Roe around 2016 and the start of 2017. We know for certain they were together up until Mark of 2017. But the exact date of their breakup is still a mystery. Holly and Vasek did not work out, and now he is with another beautiful lady, three years later.

Vasek Pospisil Loses in the Round of 16 at Vienna Open

It has been a while since Vasek was 25th ranked Men's Tennis Player in the world. These past five years have been a little up and down for the Canadian player. While his career did not turn for the better in Vienna as he was knocked out before the quarter-finals.

While he did fare better in the qualifiers and dispatched fellow Canadian in Round of 32, Dmitri Medvedev was too much to handle for the 30-year-old. Winning the first set, Vasek looked set for a quarter-final berth until Medvedev staged a comeback in the second and third set, winning comfortably in the end.

It is back to the drawing board for Vasek and his coach Frank Dancevic. While his sports career is not going well right now, his home life is on point. The Canadian appears to be happy with where he is, and maybe we can give some credit to his girlfriend Lauren on that front.