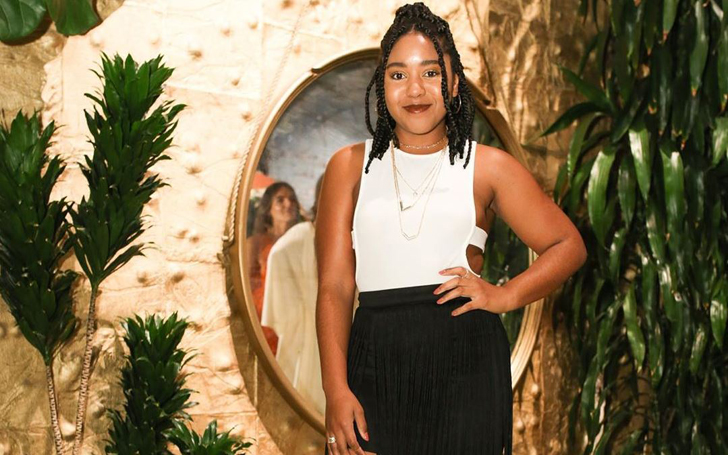 Anjelika Washington was 16 years old when she got her first on-screen role, but she started acting about eight years beforehand. The first time she took the stage when she was put in a play by her mother, she was eight years old, and after saying just one line as the magic carpet in her high school adaptation of Aladdin, Anjelika knew she wanted to be an actor. Fast forward a decade and a half, and she is living her dream, next, starring as a superhero in Stargirl.

The talented actress was born on 15 May 1998 to her parents in California, United States. Anjelika was a talkative person, and to point it in a productive direction; her mother put her in a play which turned her to her high school’s productions, and the stage, she found, was somewhere she could express herself. Once she got hooked on acting, there was no coming off for the actress who knew acting was something she wanted as a career.

Anjelika Washington appeared in her high school plays, but her ultimate goal was making it in Hollywood. To that end, the actress started to audition for various roles, which resulted in her getting her debut in TV series Dating Pains. The actress appeared in various short movies in 2014 and 2015, and her career took off after 2016.

In November of 2018, Anjelika was selected to appear in the new CW series Stargirl. The role she was going to play was not specified at the time, but in 2019 it was revealed she is playing on the new Justice Society of America members Beth Chapel / Doctor Mid-Nite in the highly anticipated series.

Beth Chapel is an outcast who is a sophomore in the Blue Valley High School. She is smart and talented but has a hard time finding friends. But when Courtney Whitmore comes into the town, she strikes a friendship with the former California resident. After Courtney finds the power of Starman, she helps form the new Justice Society of America with the help of her friends. Beth becomes Doctor Mid-Nite, someone who can see in the dark, and the group of superhero friends, go on their quest to defeat the Injustice Society. 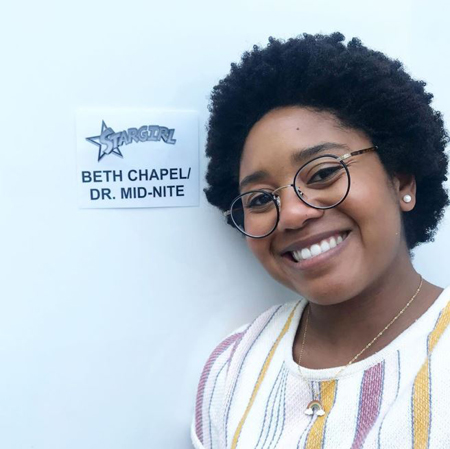 Stargirl is based on the comics of the same name, by Geoff Johns, who is also the creator of the show. Courtney Whitmore is from California, but when her mother marries Pat Dugan, she is forced to move to Nebraska. In the small town she finds the staff of Starman, and realizes Pat is his former sidekick when the Injustice Society is on the rise, Courtney uses the power of the staff to become Stargirl and for the new JSA.

Anjelika Washington started her career in 2014 with a guest appearance in a TV show and various short movies. After finishing high school, the actress stepped up her auditions, which resulted in her landing guest appearance in different TV shows and movies. The actress appeared in a single episode of Shameless in 2017.

The same year she followed that performance up with a two-episode role as Gert in the Hulu series Runaways. Versus was another show she appeared in two episodes of playing Kalin. Her first movie experience came in Netflix movie Step Sister, and she also appeared in a guest role in Young Sheldon in 2018. She played Mia in We’re Not Friends to end 2018 with the best of her career still to come.

Watch: The first episode of the Girls Room from ATTN

Anjelika found fame and recognition with a role in the hit Netflix movie Tall Girl. She played Fareeda in the film, friend of Jodi Kreyman, played by Ava Michelle. Jodi is the butt of every joke in her high school, and Fareeda is the only person who does not care for all the bullying, and despite pressure, is friends with Jodi. The movie launched the career of Anjelika, as many fans came to know of the actress through the Netflix film.

The actress started 2020 in the same way she ended 2019, with a blast. Anjelika appeared in the mini-series Girls Room where she played Gloria. The series is receiving a lot of buzz for its message of body positivity, and the problems teenagers and adolescent girls go through when it comes to being comfortable with their body image. Anjelika Washinton helps out in the children's hospitals and contributes to other social causes.
Source: Anjelika Washington Instagram

Soon, Anjelika will appear as Doctor Mid-Nite in The CW series, Stargirl. She is playing a superhero, but Anjelika is not a hero only on-screen, she is also a real-life superhero, someone who believes in giving back to the community and helping people in need.

She learned to be giving from her mother, and the actress, along with her mother, helped set up a cheerleading squad for autistic high school students. But she is not stopping there; she collaborated with her acting coach to give a child going through chemo, a makeover. Something they all enjoyed, and Anjelika continued with the children’s hospital foundation.

The actress also helps co-ordinate a special day for the siblings of sick kids in children's hospitals. Parents are most of the time focused on the sick kid, which results in the sibling getting neglected, inadvertently. Once every mother, Anjelika, and the foundation help set up a day to appreciate the siblings and let them know how great they are. Anjelika is a real-life superhero because this is something only a great person/a superhero would do.

Anjelika is an Instagram user, she has over 60,000 followers on the image-sharing site, and she uses the social media page to promote social causes and her upcoming projects. Her bio has a link to the website asking for justice in the Ahmaud Arbery murder case. She also has multiple pictures of her supporting various black rights and women’s rights causes.