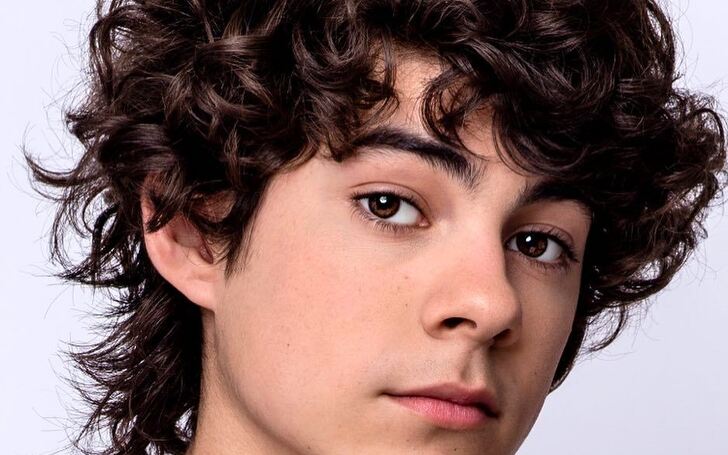 Emjay Anthony was born on 1st June 2003 in Clearwater Beach, Florida, to parents Michael Salazar (father) and Trisha Salazar (mother). As for his siblings, he’s got an older sister named Sage.

Emjay Anthony began modeling at a young age and landed his first acting role at the age of 4 when he featured in a Werther’s candy commercial. A year later, he moved with his family to California.

Based on The Council of Dads: My Daughters, My Illness, and the Men Who Could Be Me (2010) by Bruce Feiler, Council of Dads is an American drama developed by Joan Rater and Tony Phelan for NBC.

The new drama, inspired by Bruce Feiler’s book of the same title, deals with the fallout of a father’s death and how that father’s closest friends step in to act as a sort of dad collective for his five children, one of whom is transgender.

Emjay Anthony is playing the role of Theo Perry in the NBC drama. Emjay Anthony's net worth is estimated to be $500,000.
Source: Anthony Instagram

Emjay made his film debut with the role of Pedro Adler in a romantic comedy It’s Complicated (2009) starring Meryl Streep and Alec Baldwin. Four years later, he played Dean in a family-friendly drama No Ordinary Hero: SuperDeafy Movie (2013). A year later, the actor received his major breakthrough in a comedy-drama Chef (2014), playing the role of Percy, the son of Chef Carl Casper (Jon Favreau).

Moving on to the small screens, the actor featured as Leo in a TV movie Applebaum (2012). The same year, he made a single-episode appearance as Oliver Leftkowitz in a medical drama Grey’s Anatomy (2012). The following year, Emjay played Marvin Pettigrew on The Mentalist (2013).

In 2014, Anthony portrayed the recurring character as Adam Leon for six episodes in a comedy-drama Rake.

Is Emjay Anthony Dating Someone? Emjay Anthony is currently not in a relationship.
Source: Emjay Instagram

Emjay Anthony appears to be single. There’s no hint of his dating endeavors anywhere on social media. In fact, taking a peek into the actor’s Instagram, the visibility of any romantic partner is non-existent.

The 16-year old seems completely engrossed in his growing career at the moment. Moreover, the young actor is yet to speak about his relationship status and potential girlfriend to the media. No doubt, Theo Perry star's dating life will create frenzy amongst the public when he begins to gain bigger stardom.