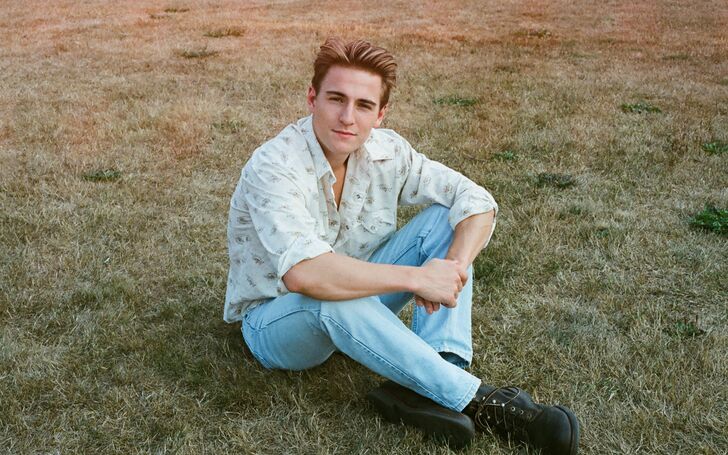 During his hockey career, Rederick played three seasons in BCHL and earned himself a scholarship to represent The University of Massachusetts-Lowell in the NCAA. Following his numerous setbacks through injuries, Evan subsequently gave up on his sports career and began to pursue his ultimate passion of becoming an actor.

Evan Roderick is portraying one of the lead roles in the Netflix drama series Spinning Out (2020). He appears for a total of 10 episodes via a character named Justin Davis.

Created by Samantha Stratton, Spinning Out premiered on Netflix on 1st January 2020. The series revolves around the character of Kat Baker, played by Kaya Scodelario, a talented skater who suffers a disastrous fall eliminating her off the competition. Kaya Scodelario as Kat Baker and Evan Roderick as Justin Davis in 'Spinning Out' (2020).
Source: Refinery

Baker later seizes the opportunity to continue her career as a pair skater with a bad-boy partner named Justin Davis, portrayed by Evan Roderick. However, she then becomes vulnerable to exposing her deep secret that could change her entire life.

The actor’s Relationship Status - Who is he dating? Evan Roderick is in a relationship with his girlfriend, Lauren.
Source: Lauren Instagram (@o_when_)

Evan Roderick is currently dating his girlfriend named Lauren. The couple is in a relationship for two years after they began dating in December 2017. Meanwhile, there’s not much info on how they met or how the couple started off their relationship.

The lovebirds often take to Instagram to express their love for one another. Lauren, in particular, is unhesitant to display affection towards her partner through the picture-sharing platform.

In August 2018, the pair enjoyed their day at the Malibu Beach in California. Fast forward to June 2019, and the couple spent their vacation in Hawaii. The actor shared the moment to the fans with an adorable upload of them together. However, his activity on Instagram tends to be few and far between. 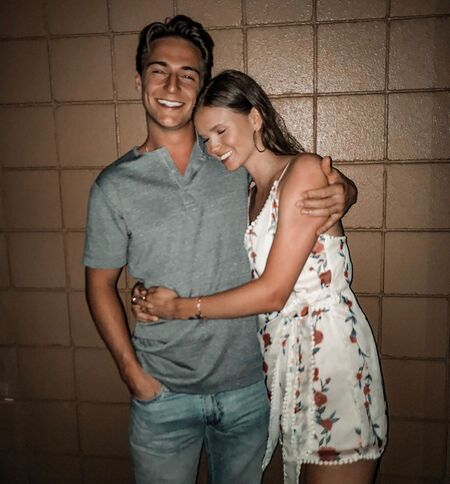 Lauren, on the other hand, leaves no shortage of effort to display her love for Evan. She regularly posts pictures of the duo.

On 22nd December 2019, the couple celebrated their two years anniversary, sharing a cute picture of them together where Lauren is carrying a glass of wine and kissing Evan on the cheek. Earlier on 29th June 2019, Lauren took to social media once again, this time to wish a happy birthday to her beau. It remains to be seen when this wonderful duo takes their relationship further forward and possibly get engaged or even married. Their blissful dating life certainly suggests it’s only a matter of time before Evan embraces Lauren as his wife. Could the wedding be on the cards anytime soon? We shall wait and see.

Evan Roderick’s career so far – What's his Net Worth? 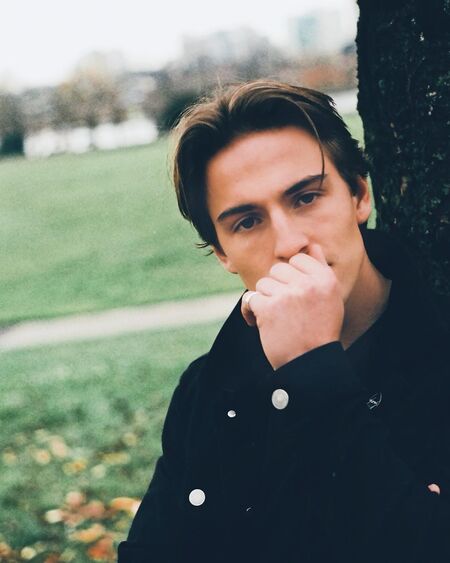 Evan Roderick's net worth is estimated to be $750,000.
Source: Roderick Instagram

Evan Roderick began his acting career in the docudrama television series Untold Stories of the E.R. He played the role of Mason in an episode titled Oh, Deer! that aired on 4th December 2015. The same year, he portrayed the character of Prince Charming in the short movie Alien Shy (2015). This was followed by a couple more short films, The Clam Man (2016) and Young/Old/Man (2017).

In 2017, the actor featured for a single episode in a web series Project Mc² as Prince Wendell. He then appeared as Kurt in the mini-series When We Rise (2017) and as Viktor in the short film Tribuyum (2017). The following year, Roderick played the recurring role of Office Nick Anastas for 12 episodes in the DC superhero series Arrow (2017-19), starring Stephen Amell and Katie Cassidy.

Evan, most recently, played the character of Chaz Bryant in a couple of episodes of a comedy-drama series BH90210 (2019). Accounting his overall career, Evan Roderick's net worth is estimated at $750,000.