Grand Army Netflix Cast Age – How Old are the “Teenagers” in the New Show? Like clockwork, Netflix released a new show focused on the lives of teenagers. While all the actors are not exactly teenagers, we are looking at Grand Army Netflix cast age and finding out if they are really teenagers.

The new show on Netflix is getting mixed to positive reviews from media outlets. Considering the subject matter, they are dealing with, there are going to be people who will not be satisfied. But the show has a lot of people excited, some even making Euphoria comparisons.

With the new 10-episode show currently streaming on Netflix, we wanted to take a look at the actors leading the show. The Grand Army Netflix cast age is bordering teenagers, except for a few ones who are playing teenagers, but they are older in real life. 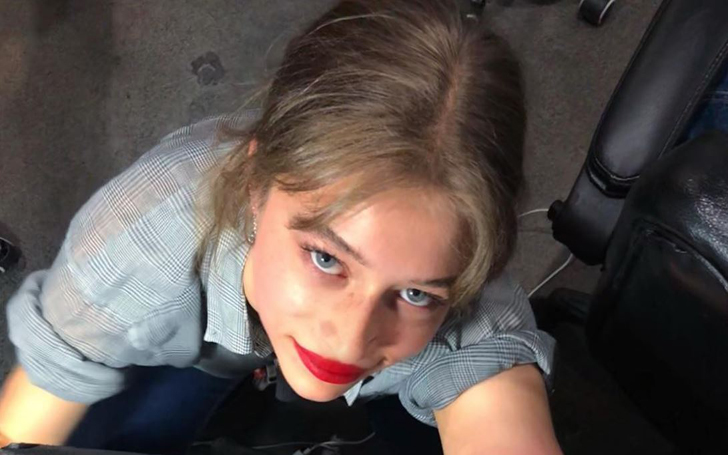 When it comes to the age of Odessa A’zion, there is some confusion on the internet. Famous Birthday lists her birthday as 17 June 1999, which would make the actress 21-years-old now. But according to claims made by the actress herself on her Instagram page, she is 19-years-old.

The actress is also famous for her romantic relationship with Jaden Smith. The couple was together for about two years, with most outlets saying they broke up around 2019. There are plenty of photos and PDA videos of the former lovebirds on YouTube.

As mentioned above, most of the leading cast members of the Grand Army hover around the teenage mark with the expectation of Odley Jean. In terms of Grand Army Netflix Cast age, Odley Jean is the oldest of the group. According to reports, the actress is 24-years-old.

She plays Dominique “Dom” Pierre in the show. The actress has a close bond with the creator of the Grand Army, Katie Cappiello. She is also the writer of the play on which the Netflix show is based. Only Jean once said in an interview that Katie was her “second mom,” which goes to show her love for the theatre writer.

Only Jean is of Haitian heritage, and from a young age, she was involved with theatre. This is where Katie and Odley met for the first time and have worked together on different projects ever since.

Amalia Yoo Recently Turned 18 – She is Excited to Vote

As Odley Jean was the oldest in terms of Grand Army Netflix cast age, Amalia Yoo falls on the other side of the spectrum. She is the youngest lead actor in the show. Amalia Yoo was born on 26 June 2002 to her Korean father and Puerto Rican mother.

She recently turned 18-years-old, and the Leila actress said she is most excited to be able to vote this election period. Amalia is active towards social justice platforms and especially the right to vote, which she was able to get this year.

Though young of age, Amalia has had a lot of experience performing on stage, and she is getting her feet wet with her debut role in a Netflix series. Keep your eyes peeled to see the actress to be around for a long time in the future.

Amir Bageria is from Canada, and like many young Canadian actors, Amir found fame after appearing in the hit TV show. He was born on 25 October 2000, and with nine days to go, he is still a teenager, still aged 19-years-old.

The actor made his acting debut at the age of 14, and since then, he has not looked back. Gym, work, training, hockey, and some downtime for self, he is managing everything while trying to establish himself as a TV and movie actor.

Amir Bageria plays Siddhartha Pakam in the Netflix show. The trailer has limited shots of the actor, but it seems he is involved in a hidden gay romance with another student at the school. There are some shots of a fight, but we will need to watch the show to get an idea of who Siddhartha really is.

Maliq Johnson was born on 23 June 2000. He celebrated his 20th birthday this summer while quarantined with his girlfriend. When it comes to Grand Army Netflix cast age, Maliq is the middle child among the five leading cast members whose lives are in focus through the 10-episode Netflix show.

Maliq plays Jayson Jackson in the Netflix series. He was thankful for getting the role and recently shouted out Katie Cappiello for giving him the chance to be a part of the Grand Army.