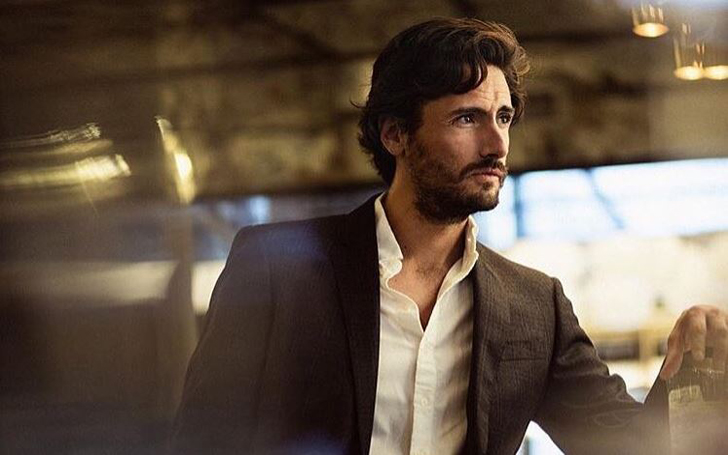 At the age of two, Juan Diego Botto lost his father; his mother was a rock in his life as she moved him and his older sister from dangerous Argentine town to Madrid, Spain. The dirty war in Argentina took a lot of life, and Juan’s father was one of the victims of a dangerous situation in the Southern nation. But the family persevered, inspired by his mother, who was an acting teacher Juan, went into show business, and now he is a grizzled veteran of the art form.

Juan Diego Botto was born on 29 August 1975 in Buenos Aires, Argentina, to his parents, father Diego Botto and mother, Cristina Rota. He was the second child of the couple, Juan grew up with his older sister Maria Rotto, who is also an actress. The family moved to Spain after the turbulent time in Argentina, and Juan stayed in Madrid till he was 17, when he decided to move to New York to finish high school.

While in New York, the actor improved his English, and also, the idea of becoming an actor grew stronger. He had already appeared in numerous movies and TV shows in Spain since a young age, and it wasn’t much of a stretch to take up acting as a full-time career for Juan. He was only 16 years old when he got the chance to appear in a Ridley Scott movie, and after nearly four decades in the show business, the actor appears in an Alex Pina series for Netflix.

White Lines is a mystery/thriller series from Alex Pina for Netflix. The show is part of a new deal signed by Alex and Netflix after the tremendous success of the Spanish series Money Heist on the platform. The four-part series is a massive hit for the streaming giant worldwide, and it seems Netflix wants to keep the creator in its stable for the foreseeable future, and White Lines is the first product of the partnership.

The new series from Netflix, White Lines, is about the disappearance of a young DJ, Axel Collins, from Manchester, who was on a trip to Ibiza during the summer. There are a lot of secrets behind the disappearance and the subsequent death of Axel, and two decades later, his sister Zoe Walker is on a pursuit to find who is responsible for the death of her brother. This causes a lot of trouble for Axel’s old friends and the world of drugs and deceit they are involved in. Juan Diego Botto plays Oriol Calafat in the series; he is the son of a powerful Spanish family along with Kika, played by Marta Milans. Going by the trailers released by Netflix, he also appears to be involved in the drug trade. Some shots of the trailer also suggest he had some kind of relationship with Axel, and in the trailer, he says the Spanish government is closing in on their deal. Juan Diego Botto’s father, Diego Botto was also an actor, he had appeared in Argentine movies, and during the dirty war, he was rumored to have been killed by the Argentine Army. He disappeared in 1977, Juan was only two years at the time, and the disappearance and death of his father really affected the young actor.

It was probably the reason why he was vocal in 2003 during the United States’ occupation of Iraq. He was among many Spanish who protested the war and the US’s pretenses into occupying a sovereign nation. Juan also protested the military’s action against the Iraqi military with the protest saying the army should target jihadists and not other soldiers.

Juan Started His Acting Career at the Age of 7

After moving to Spain, the actor showed an interest in acting, seeing how his father was an actor, his mother taught acting, and his sister was also into the art form. The actor got his first big break in a Spanish comedy movie, which was released in 1982, and his first major production involvement came in the historical drama movie 1492: Conquest of Paradise, directed by Ridley Scott and released in 1992.

The actor was also part of the TV series Zorro from 1990 to 1993, where he played Felipe for nearly 90 episodes. Most of his career was limited to Spanish movies and TV shows, the actor rarely featured in English language productions. His most recognizable English language role came in the series Good Behavior, where he played a hitman named Javier alongside Michelle Dockery.

White Lines is another English language show for the actor, and he is also set to appear in the reboot of Suicide Squad, called The Suicide Squad, directed by James Gunn. The movie was pushed back to 2021 after the coronavirus pandemic. Juan Diego Botto met his wife for the first time outside a bar in Spain when she was coming out talking on the phone, and he tried to give her his coat so she would not feel cold. It was a struggle for the actor to get the renowned journalist to go on a date with him, and after multiple failed attempts, she finally said yes, and the couple was together ever since.

The actor got married to his wife, Olga Rodriguez, in a ceremony in 2015. The husband and wife had to live separately for a while because of their work, which definitely put some strain on their relationship. Olga and Juan worked through their problems and are now taking care of their daughter Salma.