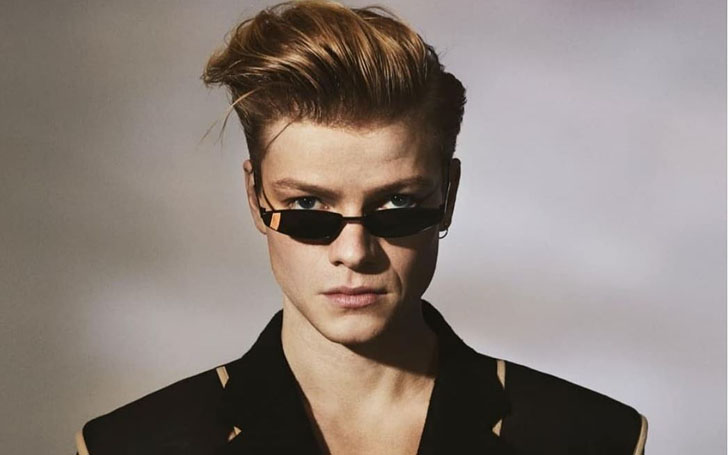 It was during the Spring of 2012 when Tom Rhys Harries got his chance to appear in the theatre play of Torch Song Trilogy. He was studying at the reputed Royal Welsh College of Music and Drama at the time but left his studies in order to pursue an opportunity which eventually propelled him to become a successful actor as we have come to know him now.

Tom Rhys Harries was born on 8 October 1991 to his parents, father Rhys and mother Ffion in Cardiff, Wales. He was raised in the place, and he stayed there even after finishing high school, opting to study in a drama school in Wales, instead of moving to London. The home connection was probably also because he was raised alongside his younger sister Beca and younger brother Gruff, and staying far from home was never in the itinerary early on his career.

After a year in college, the actor got his chance to shine on stage as well as appear in his first on-camera role. He won over critics with his performance in the Torch Saga Trilogy, which opened a lot of doors and different opportunities for the young actor. He slowly transitioned from stage to in front of the camera roles, now, almost a decade later he is the main plot point of a Netflix series, coming this Spring.

White Lines is the latest project from the celebrated creator of Money Heist, Alex Pina. Money Heist has won over the world with the revolutionary storyline, and though some fatigue may have set in with the fourth series, there are still fans of the series, eagerly waiting for the next installment. But before the worldwide phenomenon can come up with another series, here is one from the creative minds of the show and The Crown.

White Lines is about the world of lies, deceit, murder, and long-hidden secrets set against the backdrop of Party Island Ibiza and the hot sunny beaches of Spain. The mystery thriller series is going to be in the English language and features an amazing English, Spanish and Portuguese cast lumped in together. 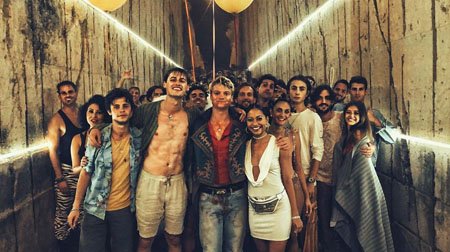 Tom Rhys Harries plays Axel in the highly anticipated series, a DJ from Manchester who is in Ibiza during the summer to party. Axel gets involved with some people in the town, and things get complicated soon after, which results in his disappearance. Twenty years later, his sister comes to the town to talk to his former friends and find out exactly what happened to her brother and come to terms with the fact of his possible death. 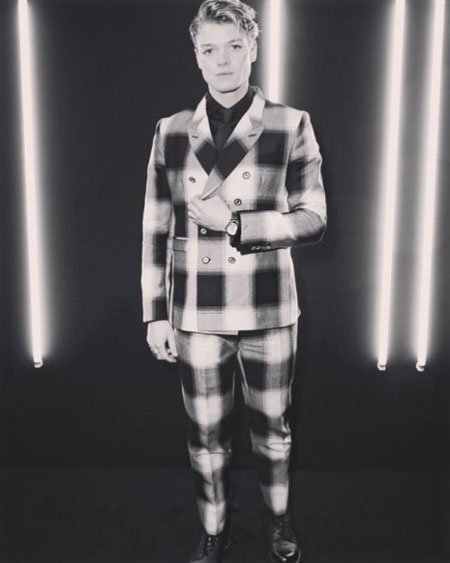 Most of the acting Tom Rhys Harries did early on in his career was on stage. Before his career even got underway, the actor appeared in more than five plays while training at the Royal Welsh College of Music and Drama. As mentioned above, while at the college, the actor got the chance to appear in Torch Song Trilogy, and the actor took it with both hands.

The role of Alan in the Torch Song Trilogy earned the actor a nomination for Best Male Actor in The Off West End Theatre Awards. He was also lauded for his performance in the ten-week long production. Though the actor got numerous opportunities in front of the camera, he never let go off his theatre origins. A fun-loving kid from childhood, who loved singing and acting, he continued on his career on stage, and over the years has appeared in numerous plays, including The Pitchfork Disney. The role of Cosmo in the play earned the actor his first Off West End Award for the best supporting actor.

The actor was recently working on the West End play called The Seagull with Emilia Clarke and Indira Verma. But due to the coronavirus pandemic, the show went dark in March with intentions to return after the emergency situation is over in a few months’ time.

Tom was still in RWCMD, in 2011, when he got his first exposure to filming in the movie Hunky Dory. But the first major role of his career did not come for another four years when he was finally hired to play Sackler in the TV series Jekyll & Hyde.

He followed the series with a starring role as the titular character in the horror movie Crow, released in 2016. He appeared in Dragonheart: Battle for the Heartfire, and in 2018 he played Elit Hollis in six episodes of the third season of Unforgotten. The same year the actor also appeared in Slaughterhouse Rulez.

2019 was the most productive year of Tom’s career as he appeared as Rhys in 15 Days. Then, he played Mallin in the second season of the hit TV series Britannia. Finally, the actor was among the cast of Guy Ritchie’s return to the world of crime drama movie, The Gentleman.

Social Media Presence of Tom Rhys Harries – Does the Actor Have a Girlfriend?

Tom Rhys Harries is a talented person; he plays guitar, sings, and acts. All of these facets of his talents are there to see on his Instagram page, which has over 8,000 followers currently. He uses the image sharing site to inform his followers about the upcoming projects in his career. There is little to no information about his personal life on the page, with some stray pictures of his father and mother sprinkled here and there.

The actor is seen with some beautiful ladies on social media, but there is no concrete evidence he is dating anyone right now. It seems the 28-year-old actor does not have a girlfriend, and he appears to be enjoying the single life.