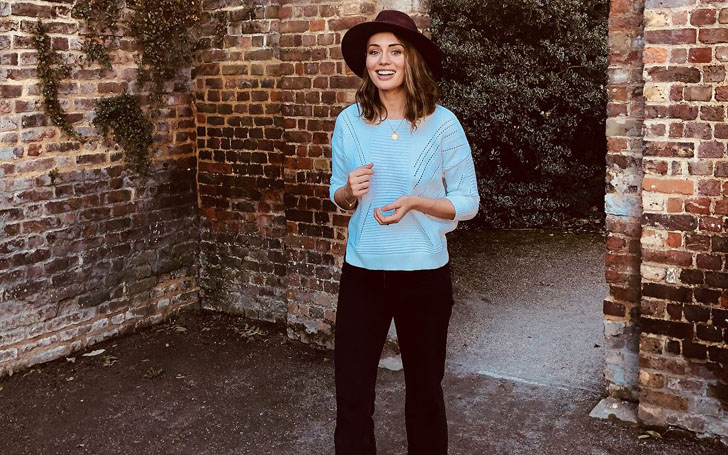 From stage to small TV roles to extra in a Marvel movie to starring in half a billion-dollar grossing blockbuster movie, in the relatively short career of Laura Haddock, she’s done it all. All that was left for the actress was to conquer the streaming market, and she seems to be on track with the upcoming crime-drama series on Netflix from the creator Money Heist.

Laura Haddock was born on 21 August 1985 in Enfield, London, to her parents, an investor father, and a zone therapy practitioner mother. The actress was born in Enfield, but she was raised in Hertfordshire, where she found her love of acting while studying at St. George’s School. Academics was not the dream of Laura, who was getting enamored with the idea of a career in acting, which is why she left for London at the age of 17 and started a journey in the world of show business.

She enrolled in the Arts Educational School, where she honed her skills as an actress and also started performing on the stage. The experience of stage translated into a career in front of the camera, but roles were hard to come by at the start. Laura got her on-camera debut in 2007 when she appeared in a single episode of the TV series My Family. Over a decade later, the actress is getting ready to wow audiences with her starring role in an Alex Pina Netflix series.

The creator of Money Heist is the hottest mind in the tinsel town after the success of the Spanish series, which recently wrapped up the fourth part of the show. Alex Pina created the show, and now Netflix is hoping he can bring the same level of excitement to his new project for the streaming giant.

White Lines is an English language series from Alex Pina, and this time no mastermind is looking to become a rebellion symbol and rob the Spanish government. Instead, the story is about finding the fate of a long lost brother by his sister and discovering the truth behind the disappearance and possible death of her brother. 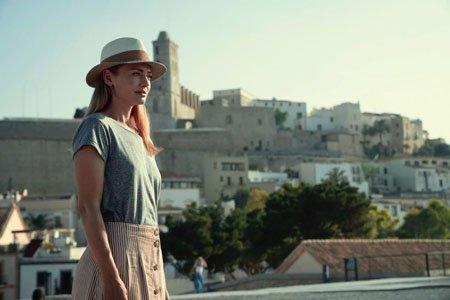 Laura Haddock plays Zoe in the Netflix series, and she is from the UK, sister of a legendary DJ from Manchester who went missing from Ibiza about two decades ago. She is on a quest to find what exactly happened to her brother; well, she finds more than she bargained for when past and present collide against a backdrop of secrets, deaths, betrayals, and drugs.

From Captain America to Transformers: The Last Knight – Career of Laura Haddock

As mentioned above, Laura Haddock got her first break with the TV show My Family, where she appeared in a single episode. Her first major role was as Kacie Carter in the 2008 series Honest, and she also got a supporting role in the series Monday Monday. Then in 2011, the actress was one of the extras in the MCU movie Captain America: The First Avenger.

2011 was also the year when the actress came to the recognition of the British public when she appeared in the second season of Strike Back and The Inbetweeners Movie. The actress only got an extra role in the Captain America movie, but that was not the last time she was part of an MCU movie.

The actress was the mother of Peter Quill in the movie Guardians of the Galaxy, the role of Meredith Quill is something she reprised in the hit sequel for the flick. In 2013 she got a more recognizable role in The Da Vinci’s Demons, where she played the love interest of Leonardo Da Vinci, Lucrezia Donati.

But the biggest role of the actress to date was in the Michael Bay-directed flick Transformers: The Last Knight. She played Dr. Vivian Wembley, the companion of Mark Wahlberg’s character in the $600 million-plus grossing movie.

Laura Haddock was Married to Her Husband Sam Claflin – How Many Kids do They Share? 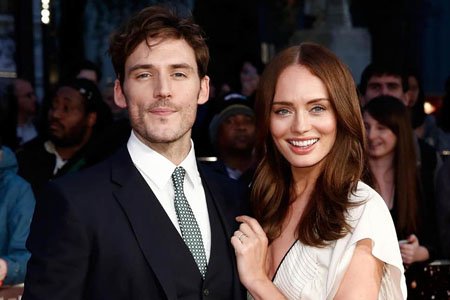 The couple started to date soon after, and from 2011 to 2013, Sam Claflin and Laura Haddock dated for two years, and on 30 July 2013, the lovebirds got married in a private ceremony. They were married for over almost six years when Sam Claflin announced the couple was legally separating. Laura Haddock and Sam Claflin got divorced in 2019, they have a son and a daughter together.
Source: Laura Haddock Instagram

Sam said they would not talk about their private lives anymore and asked to respect their privacy. He also mentioned the separation was amicable, and they were walking away as friends and will always be connected because of the children they share together. It was announced in 2019 that the couple got divorced.

Laura became a mother for the first time on 10 December 2015 when their son Pip Claflin was born, and over two years later, in February of 2018, the couple’s daughter, Margot Claflin, arrived. The former husband and wife are still in each other lives as parents to their two young kids.