Get Even Netflix Cast, Release Date, Plot, Trailer, Rotten Tomatoes, Critics and Other Details About the British Teen Series 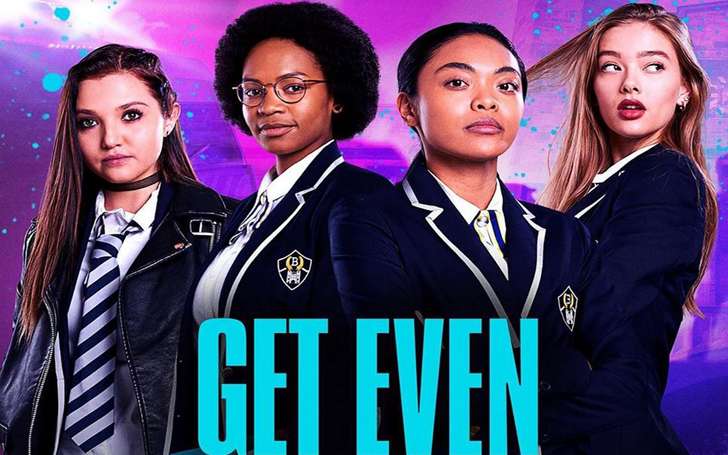 The amount of new original content Netflix throws at its subscribers is nauseatingly high. The hope for the streaming giant is that one of the shows sticks and draws in new subscribers for the company. Get Even is a recent acquisition by Netflix from BBC iPlayer, and the new teen thriller series is something Netflix hopes to draw in more subscribers.

Netflix does not operate on the advertisement model; they are a subscription-based system where audiences can access the content for a fixed monthly payment. This is also one of the reasons why Netflix shows of late have a shorter life span. Just ask critically acclaimed shows like Ozark, Dark, Dead To Me, and many others who did not even get the second season pickup.

If a show does not bring in new subscribers, Netflix axes it with impunity. Get Even is getting a worldwide release; it will reach a large fanbase, but how long the show will last on the streaming service is anyone’s guess. But that is a discussion for another day; we are here to talk about Get Even Netflix series’ cast and other interesting details about the British teen-thriller.

Get Even Netflix Cast – Diverse Cast of British Young Guns 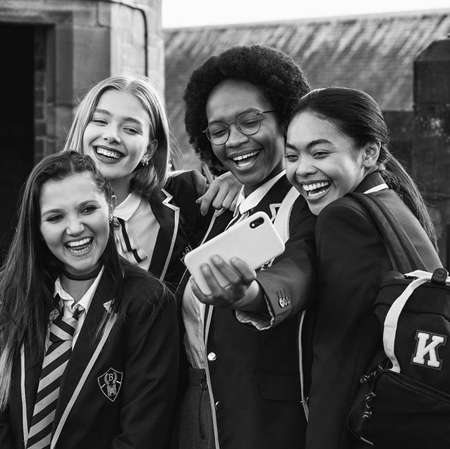 Get Even Netflix cast is a diverse group of British girls who team up to fight bullies in their school.
Source: Mia McKenna-Bruce Instagram

The new Netflix series was released on BBC iPlayer in The UK on 14 February 2020. The show was a critical hit and also made an impact on fans. Holly Phillips developed the show for the screen and was adapted from a novel of the same name by writer Gretchen McNeil. The show features a young diverse British cast and is led by four girls.

Kim Adis leads Get Even cast as Kitty Wei. Kitty is a typically hard-working student who is expected, even pressured, to excel in school by her parents. Mia McKenna-Bruce plays Bree Deringer in the Netflix series. Bree has a rich father, which makes her disregard any rules and frequently gets in trouble at school.

Bethany Antonia plays Margot Rivers in Get Even. She likes to play games and is a technically savvy girl with little to no friends to speak of. Rounding out the leading cast is Jessica Alexander playing the character of Olivia Hayes. She is more like the Queen Bee of the school, but circumstances bring all four girls together.

Get Even Netflix Plot – What is the British Show About? Get Even plot kicks into high gear when a bully is killed and the girls are blamed.
Source: IMDb

Get Even Netflix series is based on the book of the same name. The 10-part series is a teen-thriller involving the lives of four girls in an elite British high school in The UK. Kitty, Bree, Margot, and Olivia come into each other’s lives, and they decide to go after their high school bullies with a series of elaborate practical pranks.

They form a secret society called DGM (Don’t Get Mad, Get Even) and start going after all the bullies in their school. Things are going great, the mean are getting their due, and the oppressed are feeling good, but when a prank victim, Ronny, dies. The death is pinned at the doorsteps of DGM, and the girls need to band together in order to clear their names and find the real killer.

Get Even Netflix series plot is a simple revenge thriller, which turns into a detective story after a murder. The plot deals with bullying and its effect on the victims, while also showing the guilt of seeking revenge and the everyday life of surviving in the judging halls of high school.

As mentioned above, Get Even was created for BBC iPlayer. The show was released on 14 February 2020 in the UK with all ten episodes made available to the users in the British world. Recently Get Even was acquired by Netflix for its streaming platform. The show will be released on 31 July 2020, and it will be a quick stream, considering all the episodes are sub 30 minutes in length.

There was an official trailer for the show when BBC released it in January. But Netflix recently put their own trailer together, which you can play above and on YouTube. The trailer is a quick look at what you can expect; there is also a little Mean Girls reference.

Critical Reception and Public Opinion About Get Even

Since Get Even was released over five months ago, the show has reached people and critics alike. The critical consensus is that the show is a good watch, but there is no Rotten Tomatoes score at the moment. On the other hand, fans think it is a moderately okay series with a 6.8/10 rating on IMDb and 96% of Google Users giving a thumbs-up rating.

Get to Know you favorite stars on Celebs In-depth and also Explore other interesting things we have for you.