Jessica Alexander always found fashion to be her strong suit, something she can use to express herself and her feelings. Her passion for fashion ran parallel with her desire to be in front of the camera and perform for millions of large and small screen viewers.

Jessica was still in her high school when she started appearing in short movies, later transitioning to the longer format after graduating. To date, she has only two long-form credits to her name, but the actress is making a name for herself in the British film industry, gradually transitioning to the international market.

Jessica Alexander Plays Olivia Hayes in the Netflix Series Get Even

BBC iPlayer adapted Get Even from the book of the same name. The show was released on 14 February 2020 by the British streaming platform. Get Even recently crossed a million streams on BBC iPlayer. The show was only available in the British regions, and Netflix is bringing the teen-thriller series to a global audience.

Get Even follows a secret society called DGM (Don’t Get Mad, Get Even). The secret society was formed by four girls, intent on punishing bullies in their elite high school. Things are going well, they are getting revenge, but drama arises when a prank mark is murdered, and the secret society is blamed. Olivia Hayes and her three friends now need to find who the murderer is and clear their name. 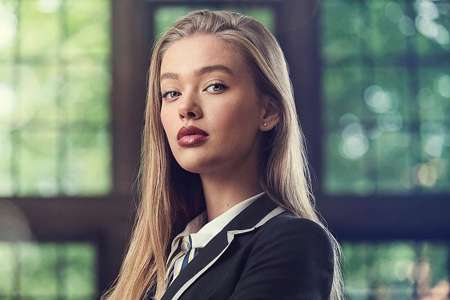 Jessica Alexander plays Olivia Hayes in the Netflix series Get Even. Olivia Hayes managed to get into a popular group, which means her school life is a lot easier. But fitting in is a pretty difficult thing when you don’t identify who you are as a person. In Get Even, Olivia Hayes is on a journey of self-discovery, and as the series progresses, she stands up for what she believes in.

Jessica Alexander is a 21-Years-Old Actress from Wandsworth, England

Jessica Alexander was born on 19 June 1999 to her parents in Wandsworth, England. She recently celebrated her 21st birthday. Jessica shared a few pictures of her as a baby and thanked her parents for giving her birth. She completed her education in England; her high schooling was done in Putney High School, with her graduation taking place in 2017.

If you visit Jessica Alexander’s Instagram page, you will find rainbow flags and ally posts. The actress is not one of the clout chasers trying to seem hip as an ally for the minority groups. Instead, Jessica Alexander identifies as bisexual and tries to raise awareness about the discrimination black queer and BAME people face.

In an Instagram post, Jessica wrote, “I identify as bisexual, and while that has come with its own confusion and challenges, nothing I have experienced can or will ever compare to the struggles faced day to day by queer black and BAME people. Not only must our QTIPOC siblings deal with systemic racism within our societies every day, racism and transphobia reside within the LGBT+ community too, and this is something I think we often forget – despite the fact that the gay liberation movement was really lead by queer black women and men!”

Jessica Alexander’s Instagram is an amazing follow; there are many followers who are only there for the actress’s fashion sense. From elaborate costumes to amazing hairdo and makeup, Jessica takes inspiration from David Bowie. Star following the actress if you want to be wowed on a daily basis. Jessica Alexander started her career with short movies, and her first major casting was on the Disney channel series Penny on M.A.R.S. She played Lucy Carpenter in 16 episodes of the two series long series, but the show was not renewed beyond the second season.

The Olivia Hayes actress is currently filming a mysterious project which requires her face being cast in cement. Jessica is not revealing much, but she is dropping videos of her face being cast and talking about an exciting project she is a part of. Guess we will just have to wait and find out what is in store for the Olivia Hayes actress in 2021.

Get to Know your favorite stars and Explore other interesting topics with Celebs In-depth.