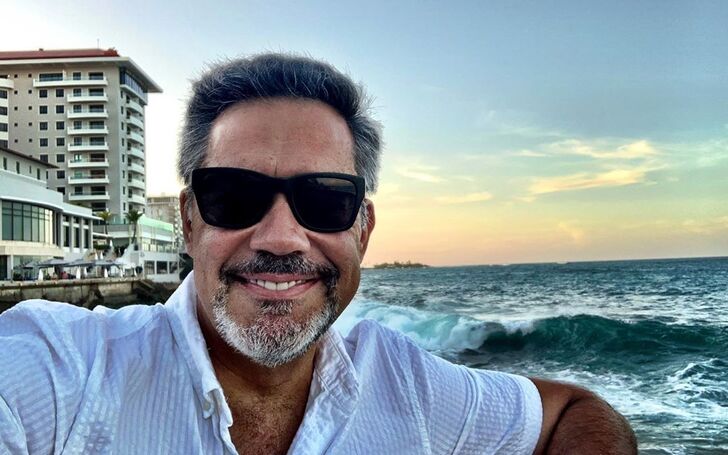 Actor Carlos Gomez was born on 1st January 1962 in New York City, to Latin American parents. His mother is an actress, known for Stray (2014). Gomez currently resides in Los Angeles, New York, and Miami and is completely bilingual, carrying fluency in English and Spanish.

Created by Dean Georgaris for ABC, The Baker and the Beauty is an American romantic comedy-drama series based on the Israeli show Beauty and the Baker by Assi Azar. The episodes of the original version streamed on Amazon Prime, while the show ranks as one of the greatest in the nation's television history.

As per IMDb, the premise of the show reads:

Carlos Gomez is playing the role of Rafael Garcia on ABC's The Baker and the Beauty. The owner of Rafael's Bakery, Rafael, is the father of Daniel Garcia (Victor Rasuk), Mateo Garcia (David Del Rio), and Natalie Garcia (Belissa Escobedo). 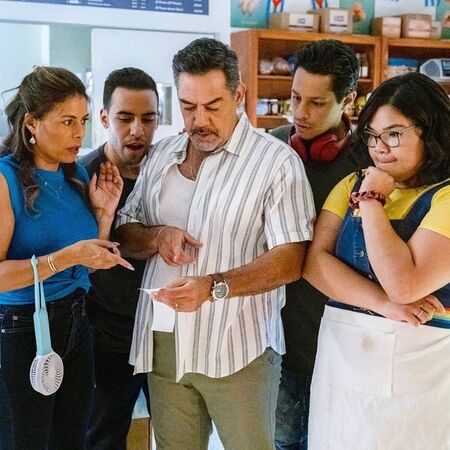 Carlos Gomez is portraying the character of Rafael Garcia on ABC's The Baker and the Beauty.
Source: Carlos Gomez Instagram

The rest of the main cast includes Nathalie Kelley as Noa Hamilton, Dan Bucatinsky as Lewis, Michelle Veintimilla as Vanessa, and Lisa Vidal as Mari Garcia. In addition, Georgina Reilly plays the recurring role of Piper. 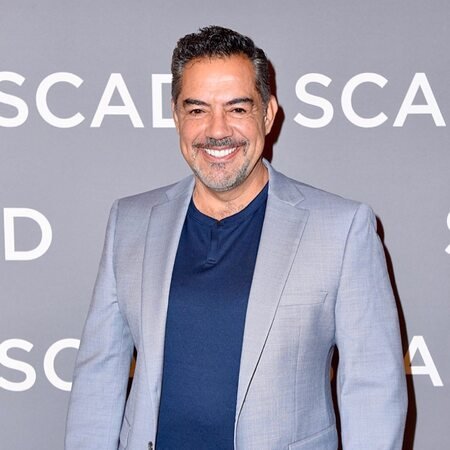 Carlos Gomez made his acting debut in the 1989 film Dance to Win. Six years later, he starred as Carlos Gomez in the 1995 action film Desperado starring Antonio Banderas and Salma Hayek. The same year, he made his small screen debut as Raul Melendez in the medical drama ER.

In 1997, the actor made a single-episode appearance as Julio in the famous NBC sitcom Friends. In the big screens, he starred as Chuy in the romantic comedy film Fools Rush In (1997) alongside Matthew Perry and Salma Hayek; the latter portrayed the character of his former girlfriend, Isabel Fuentes-Whitman.

The same year, Carlos played Captain Santiago in the political action thriller The Peacemaker (1997). The following year, Carlos featured on The Negotiator (1998) as Eagle, The Replacement Killers (1998) as Hunt, and Enemy of the State (1998) as FBI Agent.

Gomez portrayed the character of Jesus in the 1999 independent drama film Winding Roads. The same year, he featured on Charmed (1999) as Inspector Rodriguez and NYPD Blue (1999) as Raul Montez. Six years later, he starred on In Hell (2003) as Tolik and House of Sand and Fog (2003) as Alvarez. In the small screen, he made appearances on NCIS (2003) as Chief Petty Officer Reyes and 24 (2003) as Luis Annicon.

In 2006, the actor made a single-episode appearance as Escobar in the comedy-drama detective mystery series Monk. This was followed by another single episode appearance as Officer Navarro in the police procedural crime drama Criminal Minds (2006). He then featured 12 episodes in the legal drama Shark (2006-08) as Mayor Manuel Delgado.

Check Out: 'Baker And The Beauty': Carlos Gomez On His Built-In Chemistry With Lisa Vidal And More! | MEAWW

From 2010-13, Gomez starred as Dr. Carlos Sanchez for 49 episodes in the crime drama The Glades. After this, he portrayed the character of Jose Campos in the political drama Madam Secretary (2015-16) for 12 episodes. Later, he enjoyed a recurring role of Dan Sanchez in the action crime drama NCIS: New Orleans.

The actor most recently made minor appearances on Elementary (2019) as Enrique Ruiz and Chicago Med (2019) as James Young.

Carlos Gomez's net worth is estimated at $1.5 million.

Is Carlos Gomez a Married Man? Does He Have a Wife? 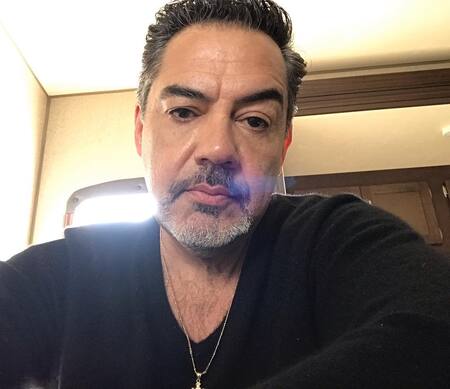 Carlos Gomez is yet to shed life on his married life and potential wife.
Source: Gomez Instagram

Carlos Gomez has played plenty of roles of a married man in reel life, but the same can't be said for his real life, where his marital status still remains up in the air.

The actor appears pretty low-key when it comes to his personal life; therefore, he's rarely ever spoken about his potential wife and kids to the media. In fact, there's no hint of his dating endeavors or likely girlfriend in the public domain nor his official social accounts.

The only recent occasion Gomez's talked about his 'wife' on Instagram is when he referred to Lisa Vidal as his on-screen partner in the latest ABC show. On 14th March 2020, the actor shared a picture with his co-star captioning the post, "My beautiful wife on the pilot #thebakerandthebeauty @thereallisavidal". 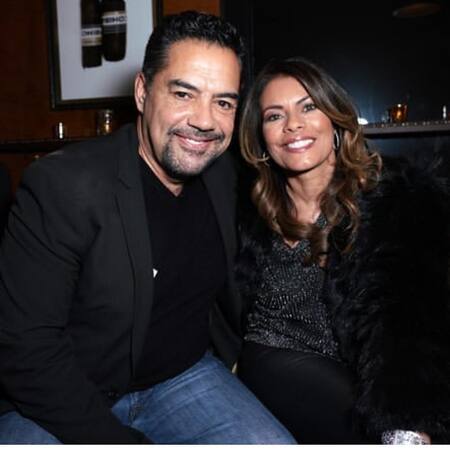 Carlos Gomez and Lisa Vidal portray the characters of husband and wife on The Baker and the Beauty.
Source: Carlos Instagram

Carlos Gomez and Lisa Vidal star as the on-screen husband and wife duo, Rafael Garcia & Mari Garcia, in the romantic comedy-drama series The Baker and the Beauty.