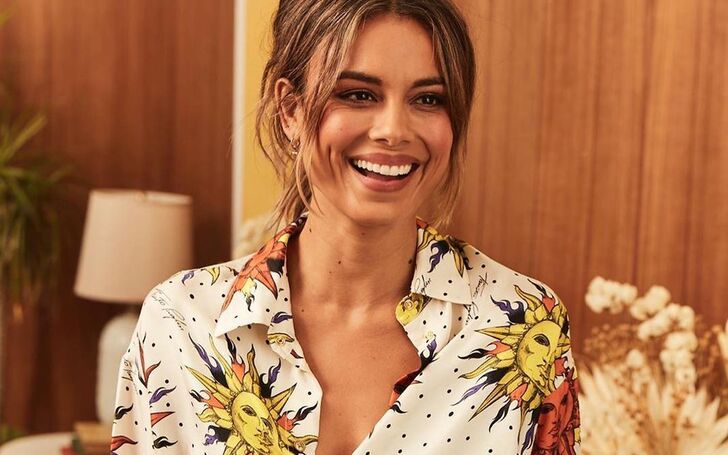 Kelley moved to Sydney, Australia with her family when she was just two years old. The actress went to North Sydney Girls High School and carried a dream about becoming an actress from a young age.

Developed by Dean Georgaris, The Baker and the Beauty is a romantic musical dramedy that premiered on ABC on 13th April 2020. The show is adapted from the Israeli romantic-comedy series Beauty and the Baker by Assi Azar that ranks as one of the highest-rated series in Israel's television history.

During the new show's panel at the winter TCA press tour, Showrunner Dean Georgaris shed some light on the differences between the American show and the Israeli version.

The ABC show is set in Miami, Florida, and features a predominantly Latino cast. Nathalie Kelley plays the role of Noa Hamilton on ABC's The Baker and the Beauty. Noa is a famous Australian model and entrepreneur who gets romantically involved with a baker named Daniel Garcia (Victor Rasuk) after breaking up with a movie star Colin Davis (Noah Mills). Married to Husband Jordan "Jordy" Burrows - Do they Share Any Kids? Nathalie Kelley married her fiance turned husband Jordan Burrows in an intimate wedding ceremony in Sydney, Australia, on 29th April 2018, merely a month after announcing their engagement on Instagram.

The story of their Romantic Proposal

Speaking in the October 2018 edition of Harper's Bazaar Australia, the actress opened up about her special day and shared the story of how she proposed to her boyfriend. The 34-year-old star said:

He was everything I'd ever wanted in a partner.

After visiting Tulum, Mexico, and Atlanta, USA, Nathalie decided to pop the question upon realizing she had found 'the one.' Kelley disclosed:

I was filming in Atlanta, and I ended up proposing to him one night in our hotel. It wasn't planned and there was no ring.

The actress couldn't help gush over her man, "He's extremely fun and funny, he's relaxed and easygoing, he's not possessive or jealous, he's insanely kind and generous - just an amazing human being."

The Intimate Wedding in Australia

In the following two months, the couple planned their wedding and agreed to do something relaxing and nothing too over the top. Nathalie had her mother do the flower arrangements for the special day, while her family from Peru sent 200 maracas as a wedding gift.

The duo exchanged their vows during an intimate outdoor wedding at Potts Point in Sydney in the presence of friends and family. The newly married pair celebrated their honeymoon in New South Wales.

This wonderful couple is yet to welcome kids! Nathalie Kelley has had two public relationships in the past. The actress dated musician and producer Dallas Austin for eight years from 2005 to 2013. Nathalie Kelley was in a relationship with her Vampire Diaries co-star Zach Roerig.
Source: Kelley Instagram

Back in 2017, Kelley dated The Vampire Diaries co-star Zach Roerig. They were in a relationship for around a year before splitting towards the end of 2017.

Known for 'Tokyo Drift,' 'Dynasty,' and 'Vampire Diaries' - What's Her Net Worth? Nathalie Kelley's net worth is estimated to be $600,000.
Source: Kelley Instagram

In 2011-12, Kelly enjoyed a recurring role of Dani Alvarez for 10 episodes in season 2 of the medical drama Body of Proof. This was followed by appearances on Infiltrators (2014) as Gin Cross and With You (2014) as Aurelia.

The year 2015 was quite an eventful one for Nathalie, who reprised her role as Neela through a cameo appearance in the action film Furious 7. In the small screens, she enjoyed the central part of Grace for ten episodes in an American drama Unreal (2015). In the subsequent years, she featured on Mistresses (2016) and Cruel Intentions (2016).

In 2016-17, Kelley enjoyed a recurring role of Sybil for 11 episodes in the supernatural teen drama The Vampire Diaries. The following year, she landed the leading role of Cristal Carrington for 22 episodes in a prime time series Dynasty (2017-18). However, she did not return for season 2, raising speculations over her controversial departure.

The actress most recently featured as Zaca in a biographical film In Like Flynn (2018).

Watch: Bruno Mars - Just The Way You Are [Official Video]

Besides acting, the 34-year-old is quite recognizable as Bruno Mars's love interest in his debut solo single Just the Way You Are, back in 2010.