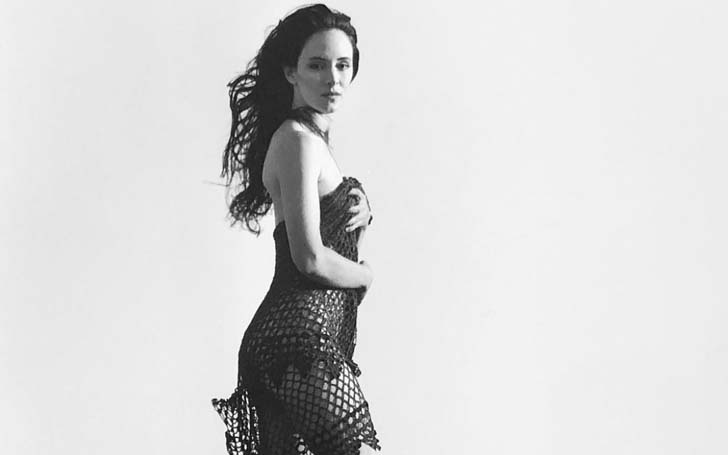 Madeleine Stowe was born on 18 August 1958 in Los Angeles, California, and yes, that makes her 61 years old as of 2019. But you could’ve never guessed the actress was over 60, after watching her in her recent performance on Soundtrack Netflix series. No way you though the Margot actress Madeleine Stowe was a single day above 40, we were also pleasantly surprised.

Though the age may tell the story of a veteran actress, the evergreen look of the actress is something which made her a household name in the 90s, and now she is ruling the TV game with two amazing roles of Margot in Soundtrack Netflix show and Victoria Grayson in the beloved series Revenge.

Ups and downs are the stories of anyone’s life, and the actress went through her own character arc of a struggling actress, A-list celebrity, relative obscurity, motherhood, and finally resurrection and through it all, the class and demeanor never left her side a single moment. The same class and demeanor were on full display when the actress played the character of Margot in Soundtrack Netflix series.

Soundtrack Netflix show is the creation of Joshua Safran, who was disheartened by all the anxiety-inducing shows on display in the TV screens of the masses. The world is becoming a scary place, and the TV shows reflected it, which is why Joshua intended to make a show which was full of heart and real characters.

Don't Forget: Paul James From Soundtrack Talks About His Experience on the Show and a Possible Soundtrack Season 2

Madeleine Stowe was cast in Soundtrack Netflix show, and to say the actress is the anchor of the whole series would be an understatement. The actress plays the mother of leading character Nellie, played by Callie Hernandez, or as she likes to call her Elanor. Nellie falls in love with Sam, played by Paul James, and her mother is not so approving at first. The story is as much about the two leading character’s romance, as it is about the love the two mothers in the show, Margot and Annette, played by the amazing Marianne Jean-Baptiste, have for their children. Margot and Annette, together, hold the show on a level field where characters like Dante Mendoza, played by Jahmil French, and Leah, played by Juliet Gordy, the children of Annette, shine. Megan Ferguson also appears in the show Soundtrack, playing the character of Gigi Dumont.

Related Content: Soundtrack Netflix Season 2 – 4 Things We Want and 1 We Don’t If Soundtrack is Renewed for Season 2

Madeleine Stowe’s Parents, Early Life and Start of Her Career Madeleine Stowe wanted to be a concert pianist when she was younger.
Source: Instagram

Madeleine was the first of three kids born to her parents, father Robert Stowe and mother, Mireya. Her father was a civil engineer while her mother was a member of the illustrious political family from Costa Rica.

The actress was born on 18 August 1958, and from a young age, the idea of getting into the show business was there for the actress, and at first, she wanted to be a concert pianist. She was training with Sergei Tarnowsky, but after his death, the actress decided she wanted to do something else with her life.

Being an academic was not something that interests the young actress who graduated from the University of Southern California, and she was also working as a theatre actress. Soon she was looking for fame in Hollywood, which she found with her breakthrough performance in the movie Stakeout, released in 1987.

Starting with Stakeout, Finding Fame with The Last of The Mohicans, Becoming an A-Lister with 12 Monkeys and Resurrecting Her Career with Revenge Madeleine Stowe appeared alongside Daniel Day-Lewis in the movie The Last of the Mohicans.
Source: Instagram

The actress was 27 years old when her first movie, Stakeout, was released; the film was a critical and commercial success, which resulted in the actress being noticed by the mainstream media and producers across Hollywood.

The 90s were an interesting year for the actress whose role as Cora Munro in The Last of the Mohicans brought her fame and made her into an A-list celebrity, which only rose further when she was paid $1.5 million for her role in Bad Girls. The actress was again on the receiving end of critical praise after the release of 12 Monkeys.

But as the 2000s rolled around, the actress slowed down her acting career and only appeared in a handful of TV movies and shows. But the big resurrection happened when she was hired to play the role of Victoria Grayson in the ABC show Revenge. She was paid $75,000 per episode for the first two seasons of the series, which rose further as the show went along. Madeleine Stowe got married to her husband Brian Benben in 1982, they live together on a ranch in Texas.
Source: Instagram

The choice of acting as a career was definitely the correct one for the actress. She not only found money and fame as an actress, her job as a performer in Hollywood was also the reason Madeleine Stowe was able to find the love of her life, her husband and the father of her child.

Madeleine Stowe was starting out on her career as an actress when she met her husband Brian Benben, for the first time on the sets of The Gangster Chronicles. It was the debut acting performance of Brian, and the actor was able to find his wife while filming the show. Brian and Madeleine dated for about a year when they both decided to get hitched. Their marriage ceremony took place in 1982, and the couple’s been married for the better part of a decade now.

While also working on their respective careers, the couple decided they wanted to start a family, which they did in 1996 with the birth of their daughter May Theodora. The birth of her child was probably the reason why the actress almost disappeared from the movie scene in the 2000s.

Before she reached her peak fame, the actress was probably not getting paid well, but by the 1990s, she was one of the most-have actresses working in Hollywood. This resulted in the actress nabbing a solid check of $1.5 million for her role as Cody Zamora in the movie Bad Girls.

Madeleine was also an integral part of Soundtrack Netflix show, which, being a part of the streaming giant, probably paid a lot of money to the recognizable cast of the series. So, when it is all considered, the actress currently holds a net worth of about $6 million.