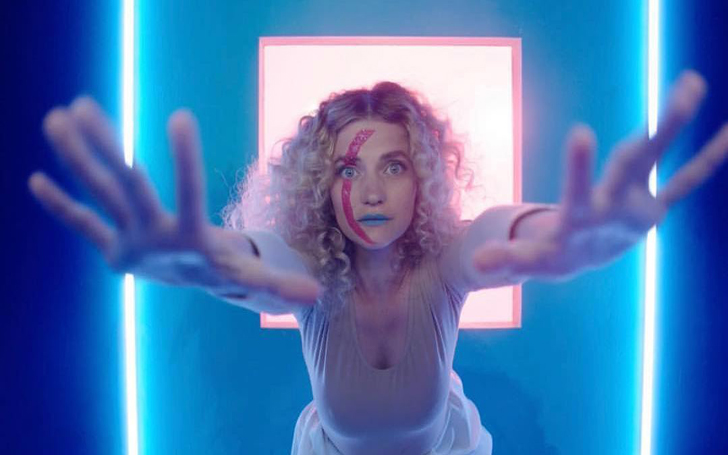 Actress Megan Ferguson is portraying the character of Gigi Dumont in Soundtrack Netflix show, but before she got to thing point, it was a long and winding road filled with TV roles, movie parts, family life, postpartum depression and above all, the love of her husband. Megan saw it all and is now ready to let herself glow in the conceptual Soundtrack Netflix series.

Megan Ferguson was born in 1983 to her mother, Sharon Maxwell-Ferguson, who works at Florida State University as an associate professor emerita of social work, and father Howell Lykes Ferguson, who is the chairman of Lykes Brothers of Tampa, Florida and also a chief executive, in Thomasville, Georgia.

Megan was raised with southern sensibilities, and to this day, the taste of the south is something, which never left the actress. The actress moved to New Haven, Connecticut, where she was accepted into the Yale University and graduated with a Bachelor’s degree soon after. The acting was the next thing she wanted to do, so Megan moved to Los Angeles and started on her journey to become an actress. 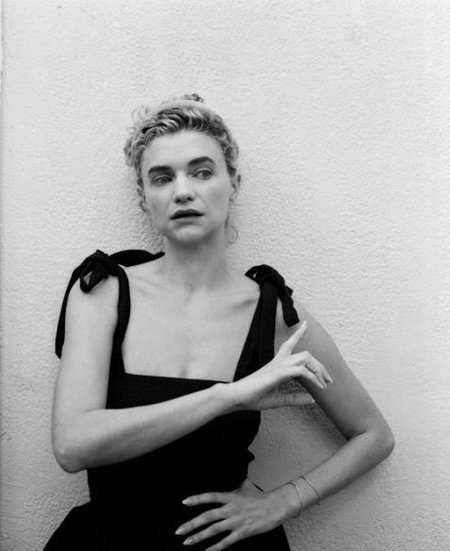 The first introduction to a major production for the actress was in the highly acclaimed HBO show Boardwalk Empire, where she appeared in one episode in 2010. The usual suspects of TV shows and one-off appearances were next as the actress was trying to find her footing in the cut-throat show business industry.

Mad Men, Almost Human and Dumb Girls were next in line for the actress, and then came the role of Daisy Conover in the series Hart of Dixie, which last six episodes but spanned three years. She was a series regular on the show The Comedians starring Billy Crystal, but 13 episodes were all people could handle of the show as it was canned soon after.

Watch: Megan appeared in the movie The Disaster Artist

The movie phase of Megan began soon after as the actress was seen in Bad Moms, Handsome: A Netflix Mystery Movie and The Disaster Artist. She also appeared in three episodes of Grace and Frankie while also appearing on the show Casual. 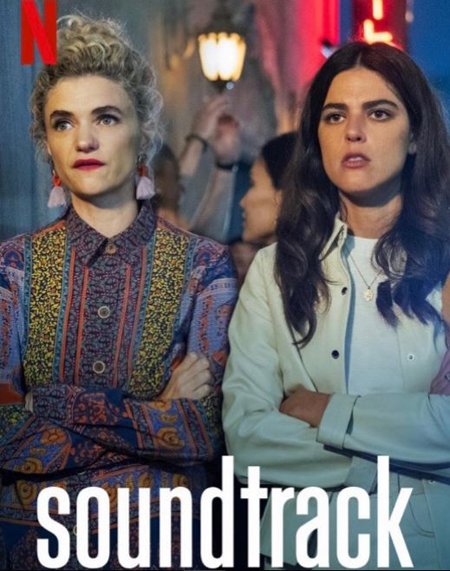 Soundtrack Netflix series is an interesting way of looking at creating a show of any format. Most musicals either use original songs or cover the songs they clear the licenses of, but Soundtrack Netflix show is a different prospect because the characters in the series are going to lip-sync to popular show tunes.

Check This Out: Soundtrack Netflix Season 2 – 4 Things We Want and 1 We Don’t If Soundtrack is Renewed for Season 2

Yes, the characters in Netflix show Soundtrack are going to lip-sync to songs, and the creator of the show explained an interesting way he looked at the show. He said the plot was not written down; instead, the creator decided the songs to dictate the characters' tendencies and feelings and then to take the story from there.

Watch: The trailer for the first season of Soundtrack Netflix show

In the anticipated show, Megan Ferguson is playing the character of Gigi Dumont, who runs a clothing shop in Los Angeles and is a good friend of Nellie O’Brien, played by the amazing Callie Hernandez and Madeleine Stowe appears as Nellie's mother and a friend like character to Gigi.

Nellie falls for a guy she bumps into on the street who introduced himself as Sam, played by Paul James, and it is almost a love at first bump for the two, and Nellie goes to Gigi’s shop to express how she was feeling, to someone she knew. Jahmil French is also appearing as a series regular on the show, playing the character of Dante Mendoza, along with Juliet Gordy, who plays Dante's sister Leah on the show.

Click Right Here for More: Paul James From Soundtrack Talks About His Experience on the Show and a Possible Soundtrack Season 2

Megan will play the character of Gigi Dumont on all the ten episodes of the first season of Soundtrack Netflix show, which started streaming on 18 December 2019.

Megan Ferguson is Married to Her Husband Nico Evers-Swindell – How Many Kids Do They Have? Starting in Hollywood is a tough thing to do, and doing it alone is even harder than anyone could imagine. Before the actress was making her presence felt in the movies and TV shows she appeared in, she made an impression on the heart of fellow actor Nico Evers-Swindell.

Nico was also in Los Angeles, following his dreams of becoming an actor, and it took a short time for the two actors to fall for one another. They were going out soon after they met, and on 29 October 2011, the couple shared their vows and got married. The ceremony was held in the home of Megan’s parents, and an Episcopal priest officiated the event. 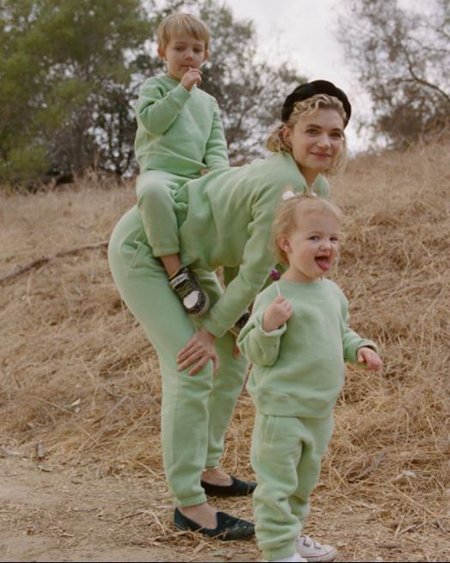 Megan Ferguson is the parent of two beautiful daughters she shares with her husband.
Source: Instagram

Soon after the lovebirds got married, they were ready to start a family, and Megan got pregnant with their first child. The couple welcomed their first daughter Beatrix Swindell and about 17 months later; they brought their second child to this world. The husband and wife named their second daughter Bettie Swindell and after the birth of the second daughter was when Megan started to suffer from postpartum depression. 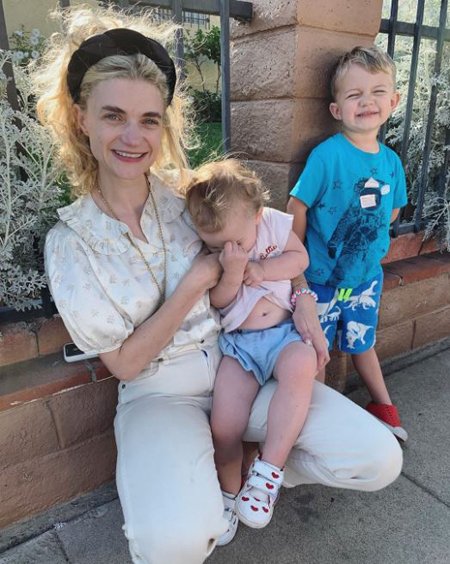 Megan Ferguson went through postpartum depression after the birth of her second daughter.
Source: Instagram

Postpartum depression, or simply known as PPD, is a mental disorder where a mother starts to feel a variety of emotions and also behavioral changes soon after giving birth. The severe drop of reproductive hormones results in the mother feeling depressed soon after the birth; the hormones are said to drop tenfold after the birth, and sometimes a new mother is hard hit by the severe drop of hormones.

Megan also went through the same thing after she gave birth the second time, she explained about her mood swings and how she was getting into fights with her husband, and she was feeling inadequate as a mother. The actress tried counseling, but no psychologist was diagnosing her with PPD, they would ask her to go on a vacation or for a walk, but nothing was working. 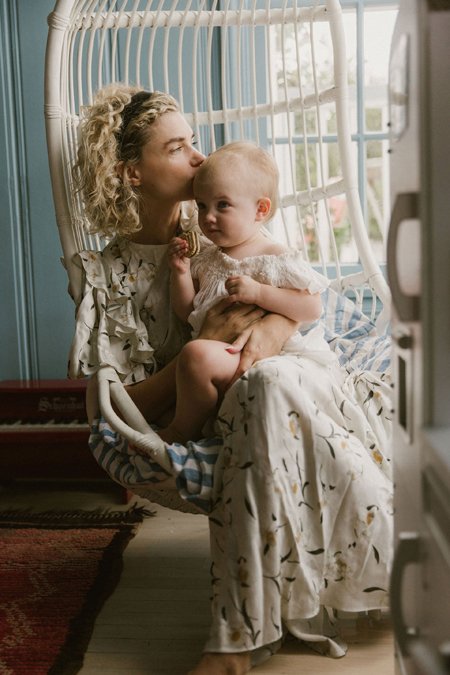 Megan Ferguson and her PPD was the reason for a lot of fights in her marital life.
Source: Doen

But then she finally found a doctor who listened to her, Megan said, “Thankfully I landed in some offices with doctors who heard me when I said I was falling into dark emotional potholes several times a day. I burst into tears when I was finally told, “This sounds like classic postpartum,” and “it might take a year to resolve.” I was so happy to know that not only was there something wrong but that someone would help me solve it. And bonus - I wouldn't have to fix it by next week.”

The actress said PPD is an individual experience and what she felt may not be the way you probably feel, but if it seems like PPD to you then it definitely is; also, she asked ladies to talk to friends about the situation than loved ones because they will be more willing to say there is something wrong with you and you need help. 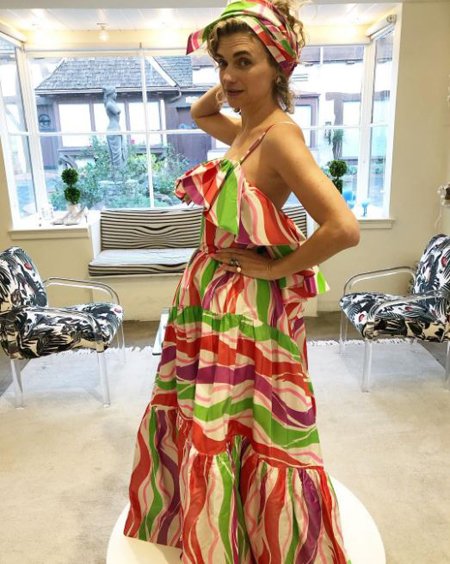 Megan Ferguson got help from a therapist and medication to get control over her PPD.
Source: Instagram

Megan also gave her cure to the problem, and what worked for her, she said, “My most favorite doctor held my hands when I was a weeping mess in her office and gave me this mantra, and so now I will repeat it to you. (Imagine kind eye contact) "I LOVE YOU. YOU'RE DOING GREAT. THEY DON’T REMEMBER ANYTHING BEFORE FIVE.”