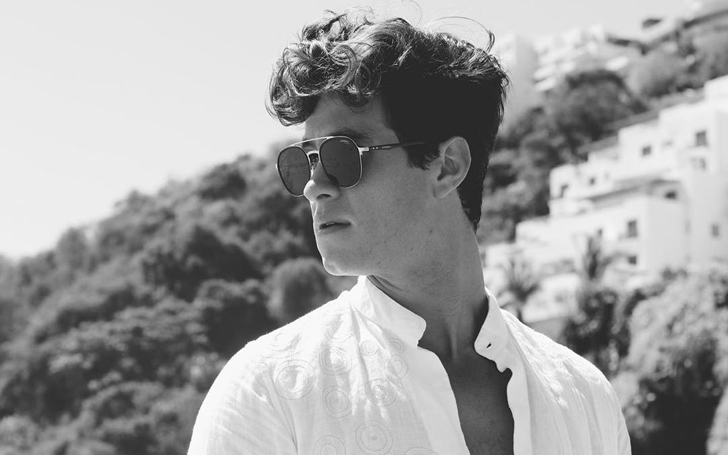 Michael Ronda rose to fame with Disney Channel series Soy Luna and his role as Javier in the Netflix series Control Z is sure to continue his rise as one of the talented Latin actors currently working in the Mexican Film industry. The actor started his career at the age of 15 and but acting or singing was not his first choice, Michael wanted to be a football player but his first introduction to set resulted in him choosing acting.

The actor/singer was born on 28 September 1996 to his parents, father Davide Ronda and mother Vicky Escobosa. Michael Ronda was born and raised in Mexico City, Mexico, alongside his elder sister Alessandra Ronda and younger brother Kevin Ronda. Michael grew up in a loving family, and during this pandemic situation, the whole family is quarantining together, something his father shared on his Instagram page. Michael wanted to be a football player, but the career trajectory for him changed the moment he stepped onto a set. The first experience of performing left a lasting impression for the young actor who started his career in 2011. Appearances in two different shows, back to back, resulting in the actor finding a wide young-fanbase. His appearance in the new Netflix show is definitely going to add to the fame of the actor.

Control Z is the newest addition to the long slate Netflix Latin, is looking to release in 2020. The original series is said to be a mixture of Elite and 13 Reasons Why combined with a little bit of problem-solving like Sherlock and inclusion of social media. With a young cast, Control Z is looking to make a huge impact during the quarantine period; considering how much increase Netflix is currently seeing to its subscription, this could be the new global hit for the streaming giant.

Michael Ronda plays Javier in the new Netflix series, he is a new student at Colegio Nacional and is looking to connect with his new friends. The students at the college are living in their own social bubble, but the whole façade of their lives come crashing down when a hacker sets its eyes on the students and tries to reveal all their dark and dirty secrets. This sets off a chain of events, which may destroy the lives of many students and the standing of the school. Control Z is about a hacker who infiltrates the private lives of the “cool” kids of the college and releases information about them. The lead of the show is Sofia, who is talented but socially distant from everyone else. She and Javier form a friendship, and they set out to find who the hacker is and why he/she is going after the students in the college.

The first acting credit to Michael Ronda’s name was in the TV series Cada quien su santo; he appeared in a single episode in 2009. Starting in 2011, the actor stepped up his output and started his professional career as an actor. He appeared in The Power of Destiny, La Noche del Pirata, and Bacalar, but it was another 2011 show which shot the actor into fame.

Como dice el dicho was a popular Mexican series, which started in 2011 and is still going to date. The show is based on the saying of Don Tomas, and from 2011 to 2015, Michael appeared in 236 episodes, playing the character of Poncho. The long stint in the show brought a lot of attention to the actor, and he started to appear in other shows and movies.

After the success of the shows, Michael left in 2015, and he was hired to appear in the Disney Latin series Soy Luna. The show is about a young girl who moves to Argentina with her parents and finds friends, love and herself. Two hundred twenty episodes of the show have aired to date, and Michael played Simon Alvarez in all the episodes. He also performed as a singer in the show, in effect using another facet of his skill set.

Michael Ronda and Ana Jara were in a Relationship Michael Ronda and Ana Jara started dating while filming Soy Luna, they were in a relationship.
Source: Ana Jara Instagram

The couple used to post about one another on their Instagram pages from time to time, but Ana stopped in mid-2018, and Michael last posted about Ana in May 2019. It is unclear if the couple is still together, and the fans seem confused as well.